Accessibility links
Extended Search For Missing Jet Finds A 19th-Century Shipwreck : The Two-Way There's no sign yet of Malaysian Airlines Flight 370, which is believed to have crashed far off the coast of Australia in 2014. But sonar did locate another lost vessel: likely an iron or steel ship. 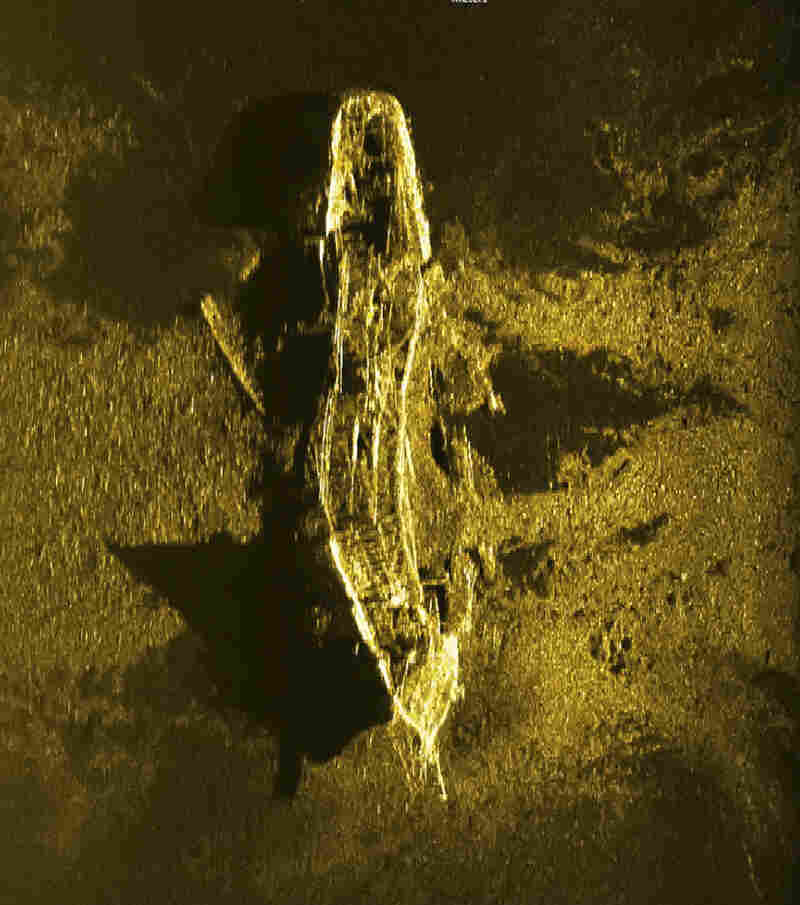 A Jan. 2 sonar image, released by the Australian Transport Safety Bureau on Wednesday, shows a shipwreck on the ocean floor off the coast of Australia. The undersea search for the Malaysian airliner that vanished almost two years ago came across the wreckage deep in the Indian Ocean off the coast of western Australia, officials said. ATSB/AP hide caption 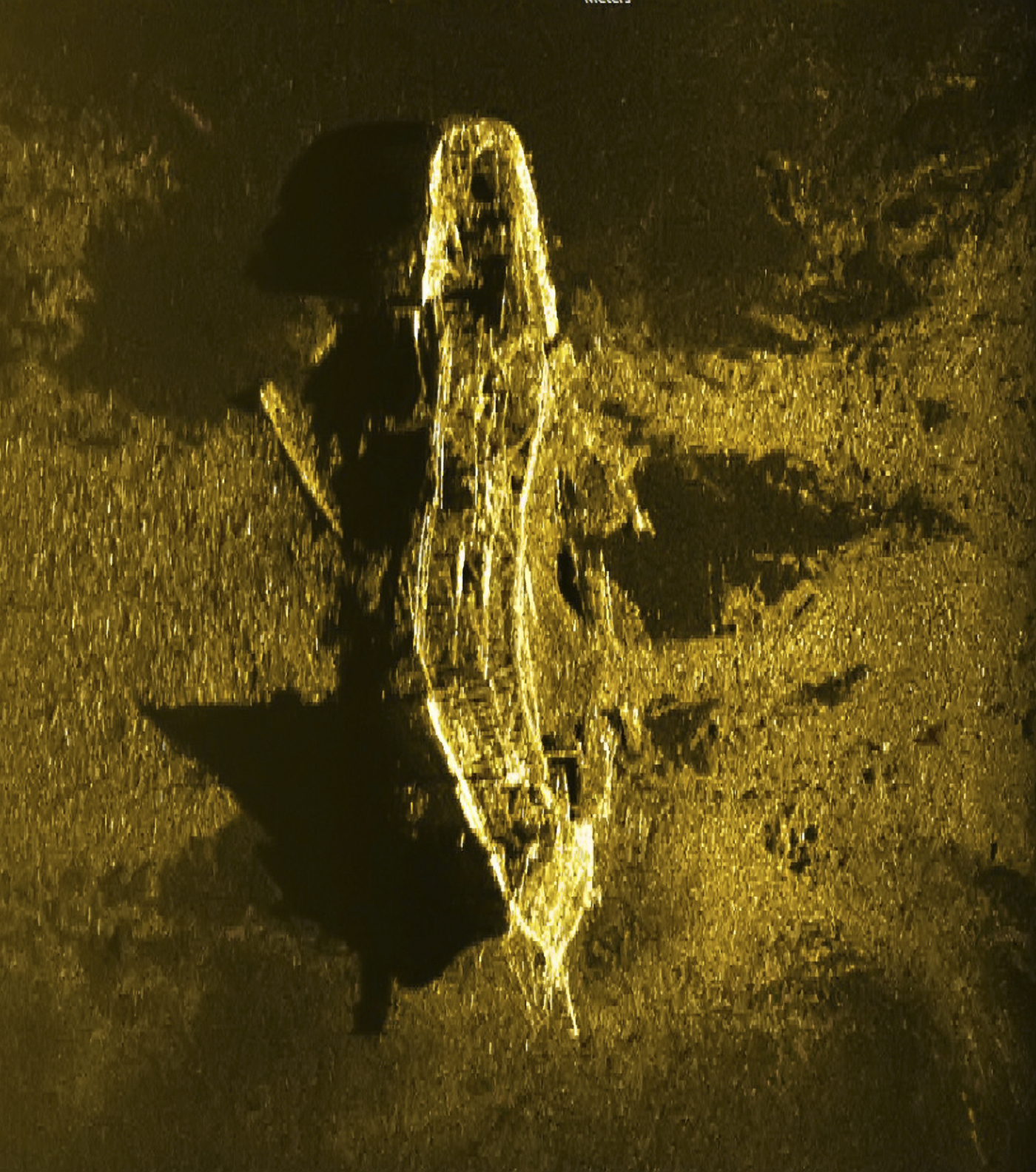 A Jan. 2 sonar image, released by the Australian Transport Safety Bureau on Wednesday, shows a shipwreck on the ocean floor off the coast of Australia. The undersea search for the Malaysian airliner that vanished almost two years ago came across the wreckage deep in the Indian Ocean off the coast of western Australia, officials said.

Twenty-two months of searching the seabed for Malaysia Airlines Flight 370 has so far turned up no sign of the missing plane.

But the teams searching for MH370 have mapped new details about a long-mysterious region of ocean floor, photographed an anchor and some long-lost clumps of coal from a shipwreck — and now, discovered a second shipwreck, this time with the hull distinctly visible.

The wreck was first detected on Dec. 19, according to the Joint Agency Coordination Centre, the Australian agency established to coordinate the multinational search for the MH370 crash site.

Based on the initial sonar contact, analysts suspected the object was man-made, possibly a shipwreck. The search teams sent an autonomous underwater vehicle, or AUV — a robot that's sort of like a small, unmanned submarine — for a closer look.

"On 2 January 2016, the AUV captured high-resolution sonar imagery of the contact, confirming that it was indeed the wreck of a ship," JACC said in a statement.

"The Shipwreck Galleries of the Western Australian Museum has conducted a preliminary review of some sonar imagery and advised that the vessel is likely to be a steel/iron vessel dating from the turn of the 19th Century."

The discovery might be exciting for some history buffs — but it's not the long-awaited news that the plane itself has been located.

The plane disappeared on March 8, 2014, under circumstances that remain mysterious. It lost contact with air traffic control and, according to military radar, charted an altered course. Then it vanished without sending any distress signal. It's believed to have crashed hundreds of miles off the Australian coast, killing all aboard, but the wreckage hasn't been located.

In July 2015, a wing fragment from the jet was found on the French island of La Réunion, in the Indian Ocean — more than 2,000 miles from the area where the plane is believed to have gone down.

An ocean circulation expert told NPR at the time that a piece of debris could readily travel that distance in eight to nine months, given the region's ocean currents.

Search crews face a daunting task. The ocean in the region is deep, and the floor uneven.

"It's a bit rockier than the Rockies. It's that sort of terrain," oceanographer Simon Boxall told NPR's Scott Simon in April 2014. "The location they're looking at is at the foot of a huge mountain. That mountain rises about 3 1/2 kilometers — that's about 2 miles up from the sea floor."

Until the search mission began, that part of the sea floor had never been mapped. The investigation has revealed crevasses, ridges and mile-high cliffs, JACC says.

They expect the search efforts to last an additional six months or so, until mid-2016.

After that, if the full search region has been examined with no sign of the plane and no new information, JACC says there will be "no further expansion of the search area."