Accessibility links
With Latest Transfers, Guantanamo Now Holds Fewer Than 100 Detainees : The Two-Way A total of 14 detainees have been transferred to Kuwait, Ghana, Saudi Arabia and Oman in the past two weeks. That leaves 93 detainees at the military prison in Cuba. 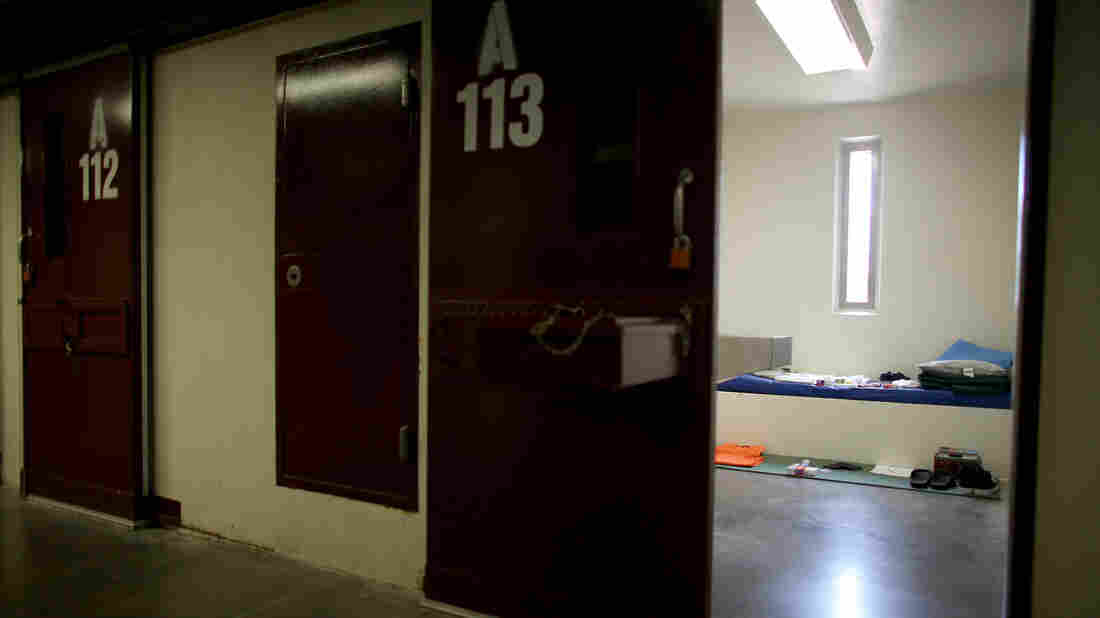 A June 2013 photo shows a cell at the U.S. military prison in Guantanamo Bay, Cuba. Fourteen prisoners have been transferred in the past two weeks, bringing the total number of detainees below 100 for the first time since the facility opened in 2002. Joe Raedle/Getty News hide caption 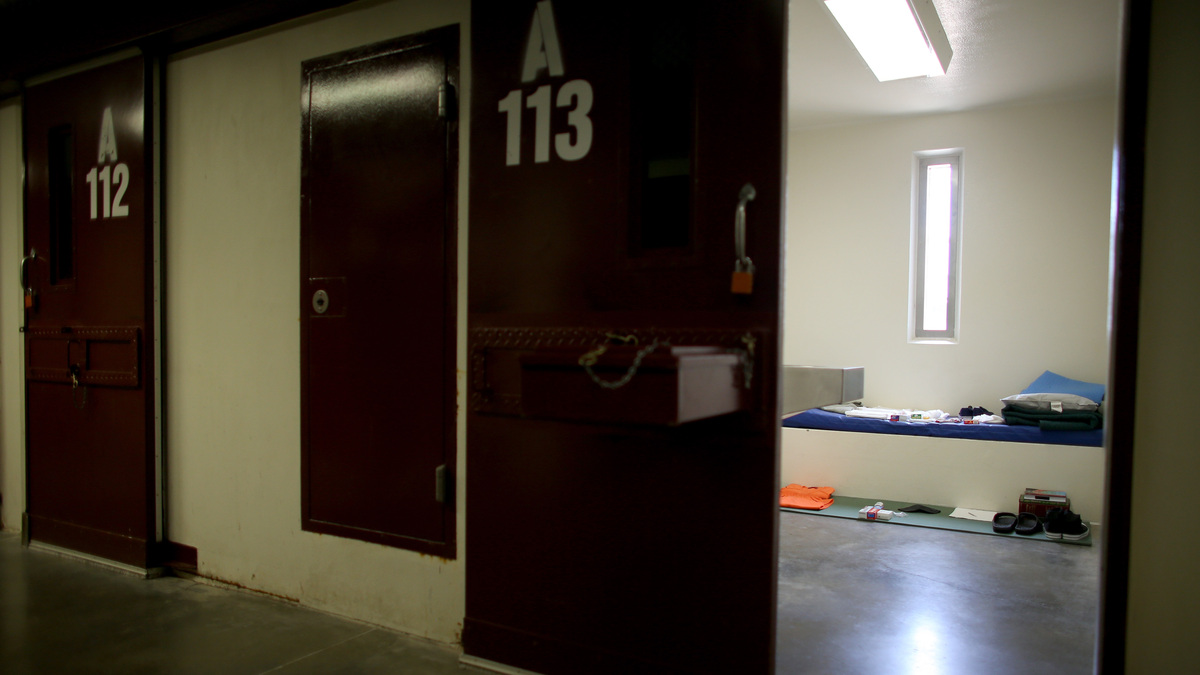 A June 2013 photo shows a cell at the U.S. military prison in Guantanamo Bay, Cuba. Fourteen prisoners have been transferred in the past two weeks, bringing the total number of detainees below 100 for the first time since the facility opened in 2002.

Over the past two weeks, the Defense Department has transferred 14 detainees from the Guantanamo Bay detention camp.

That leaves 93 detainees at the military prison in Cuba — the first time the prison's population has been below 100 since it opened in January 2002.

The most recent release was announced Thursday by the Defense Department.

"Just last night, after a deliberate and careful review, we completed the transfer of 10 Yemenis — roughly 10 percent, that is, of the total remaining Gitmo population — to the government of Oman," Secretary of Defense Ash Carter was quoted as saying by Reuters.

Four other detainees have been transferred since the start of the new year. Three more are expected to be moved out of the prison soon, for a total of 17 transfers in the first weeks of 2016.

President Obama vowed to close Guantanamo Bay shortly after he took office in 2009 and has made it a point in nearly all of his State of the Union addresses, most recently in Tuesday night's speech.

Leadership depends on the power of example, the president said. "That is why I will keep working to shut down the prison at Guantanamo: It's expensive, it's unnecessary, and it only serves as a recruitment brochure for our enemies."

Shuttering the facility has proved difficult for Obama. As The New York Times notes:

"His administration has stepped up efforts to find countries to take 48 detainees on a transfer list and moved to speed up the work of a parole-like board that might approve the release of others who are currently recommended for indefinite detention.

"The Republican-led Congress, however, has shown little interest in lifting a ban on bringing any detainees to a prison inside the United States, which is Mr. Obama's plan for those who are either facing trial or are deemed too dangerous to release."

Even detainees who have been recommended for transfer — meaning the Pentagon no longer believes the U.S. has a compelling reason to keep them in the military prison — can remain at Guantanamo for years while the U.S. negotiates a transfer. It's been particularly challenging to transfer detainees who can't be sent to their home countries, such as Yemen, because of active conflicts.

Of the recent transfers, one was a Kuwaiti repatriated to Kuwait; one was a Saudi, sent back to Saudi Arabia; two were Yemenis transferred to Ghana; and the 10 most recent were Yemeni detainees sent to Oman.

None of the 14 detainees were ever charged with a crime, according to the Miami Herald and the Times.

Of those 93 inmates who remain at the facility, 34 have been cleared for transfer. You can learn more about past and present detainees at the Times' Guantanamo Docket.