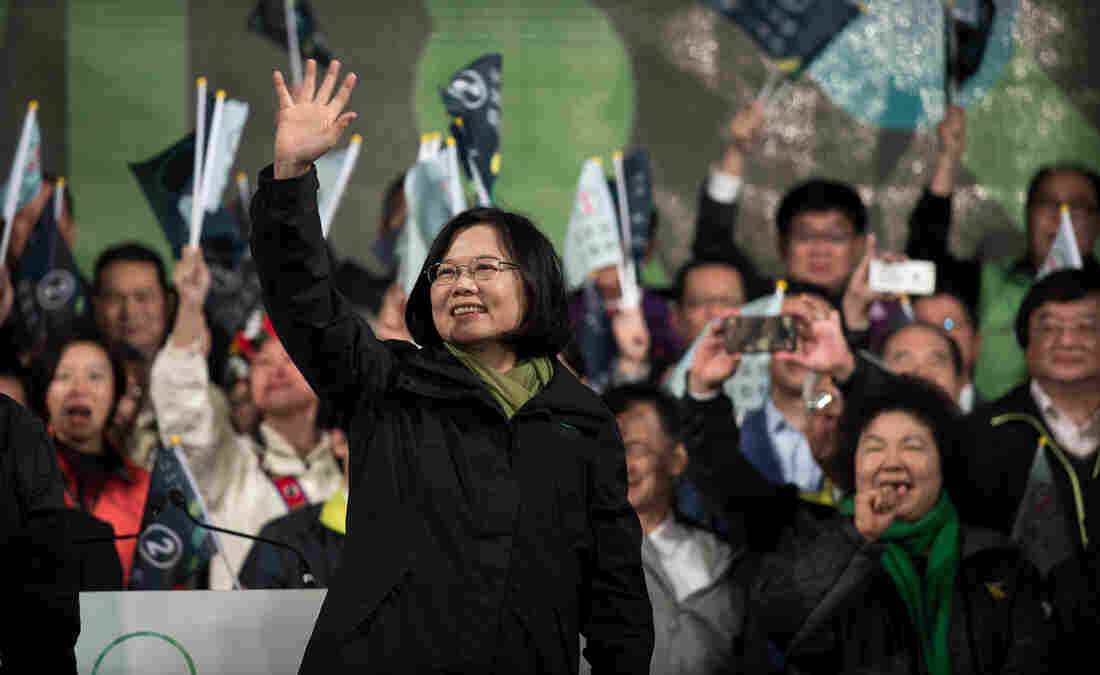 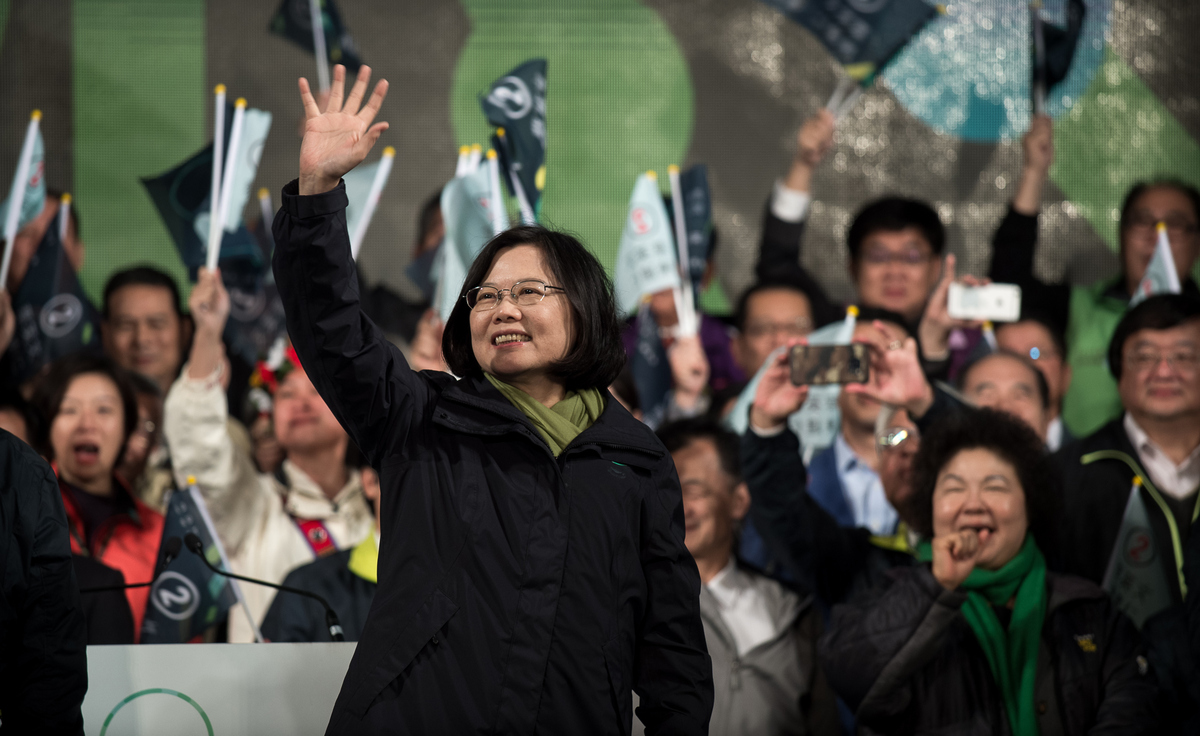 With the vote count still underway, Tsai led with 60 percent of the vote, indicating a landslide victory; the ruling Nationalist party conceded defeat.

And it raises a big question about the future relationship between Taiwan and China. The current situation is an awkward one, as NPR's Elise Hu explained in November:

"On the streets of Taiwan's capital, Taipei, everyone speaks Chinese. And everyone looks Chinese — as 98 percent of the population is ethnically Chinese. But the experiences of those in Taiwan haven't been the same as China's for decades.

" 'Taiwan has for the last 20 years had a democracy, had five presidential elections,' says Nathan Batto, a political scientist at Academia Sinica, a public research center in Taipei. 'Nothing like that has happened in China.'

"Even though Taiwan walks like and talks like its own country — with its own military, foreign diplomacy and government services — the mainland People's Republic of China refuses to recognize it as anything more than a renegade province."

The outgoing Nationalist party has promoted closer ties to China, Elise says, by pushing trade deals and the lifting of travel bans — while pointedly not advocating for reunification.

The new president will have a balancing act of her own, as her party has previously called for full independence from the mainland.

"Tsai knows that most Taiwanese like things the way they are," NPR's Anthony Kuhn reports for our Newscast unit. "Their island is independent in fact, but not by law. Mainland China has threatened war if Taiwan declares independence, and Tsai has promised not to provoke the Mainland."

In her victory speech, Tsai said she would prioritize uniting and strengthening Taiwan, so the island would have more respect from the international community, The Associated Press reports.

""Only when we grow stronger will we be able to gain respect and protect our people and our democratic way of life," Tsai said, according to the AP.

Most of the world's countries — including the U.S., Taiwan's most important backer — do not acknowledge Taiwan as an independent nation.