Accessibility links
Iran Releasing 5 American Detainees; America Releasing 7 Iranians : The Two-Way Four Iranian-American prisoners, including journalist Jason Rezaian, are being exchanged with seven Iranians imprisoned in the U.S. A fifth American is being released, separate from the prisoner swap. 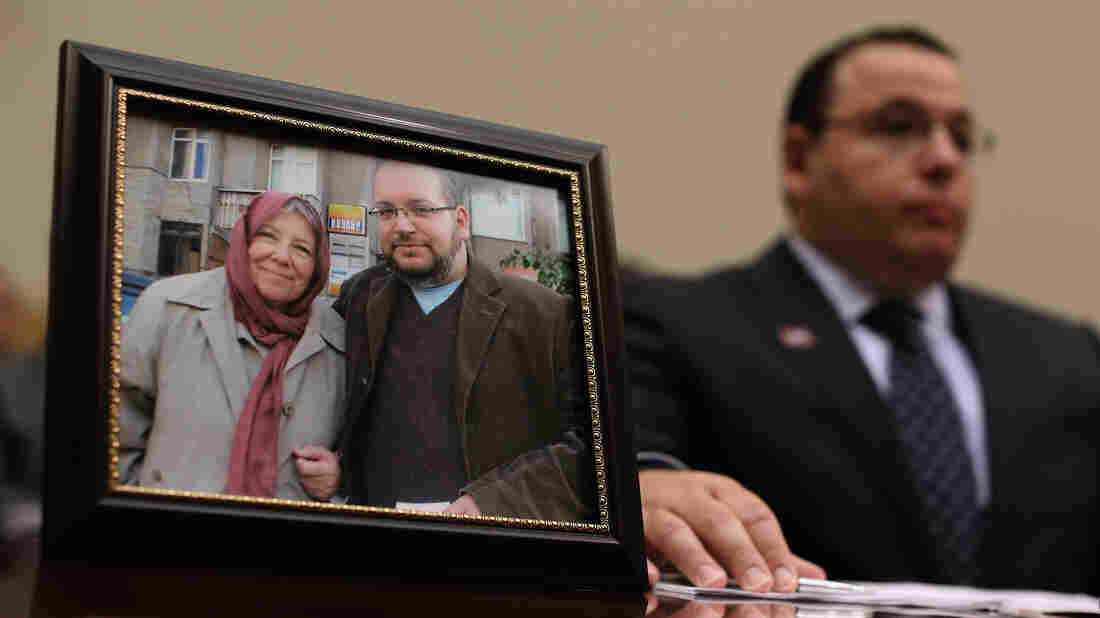 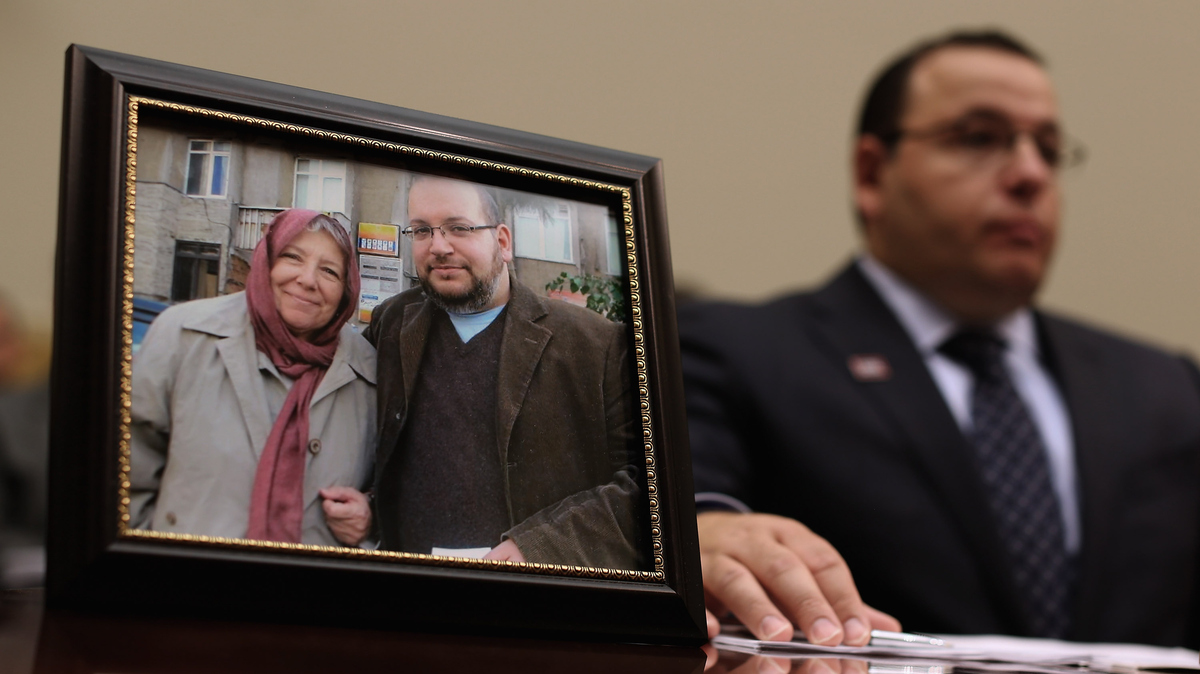 Ali Rezaian, brother of Washington Post Tehran Bureau Chief Jason Rezaian (shown in picture frame), talks about his brother's imprisonment in Iran while testifying before the House Foreign Affairs Committee on June 2, 2015. Iranian media outlets are reporting that Rezaian has been released.

Iran is releasing four Iranian-American prisoners Saturday, as part of a prisoner swap with the U.S.

The release, originally reported by Iranian state media, has been confirmed by U.S. officials. Iran is also releasing a fifth American detainee, separate from the exchange.

The released prisoners include Jason Rezaian, a Washington Post reporter who was the newspaper's Tehran bureau chief. He was arrested in 2014 and charged with spying, an allegation his paper strongly denies. His secretive trial attracted widespread attention and numerous calls for his release.

Amir Hekmati, Saeed Abedini and Nosratollah Khosravi were the other three Iranian-American prisoners released, according to Iranian media and U.S. officials.

Hekmati is a former U.S. Marine whose family says he was visiting his grandmothers when he was arrested in 2011. Iran accused him of working for the CIA.

Abedini is a convert to Christianity who, according to his wife, was working to build an orphanage in Iran when he was detained in 2012. Iran charged him with disrupting national security. You can read more about Hekmati and Abedini here.

The release of the four dual-nationals is part of a prisoner exchange, according to IRNA and U.S. sources.

One U.S. source tells NPR's Carrie Johnson that seven Iranians will be pardoned or win commuted sentences as part of the swap. U.S. officials also say charges will be dismissed against 14 Iranian fugitives.

The news came as Iran was on the verge of "Implementation Day" — the benchmark Iran reached when it met its obligations under the international nuclear deal, and when many sanctions against the country are lifted.

As part of the landmark deal, Iran agreed to reduce its stockpile of uranium, remove centrifuges and allow for more intrusive inspection, among other things. With the International Atomic Energy Agency's verification that Iran has met the terms, billions of dollars of Iranian assets will be unfrozen and some limits on trade and banking with Iran will be lifted.