Accessibility links
Glenn Frey, Guitarist And Songwriter For The Eagles, Dies At 67 : The Two-Way A founding member of one of the best-selling rock bands of all time, Frey was remembered by band mate Don Henley as "funny, bullheaded, mercurial, generous, deeply talented and driven." 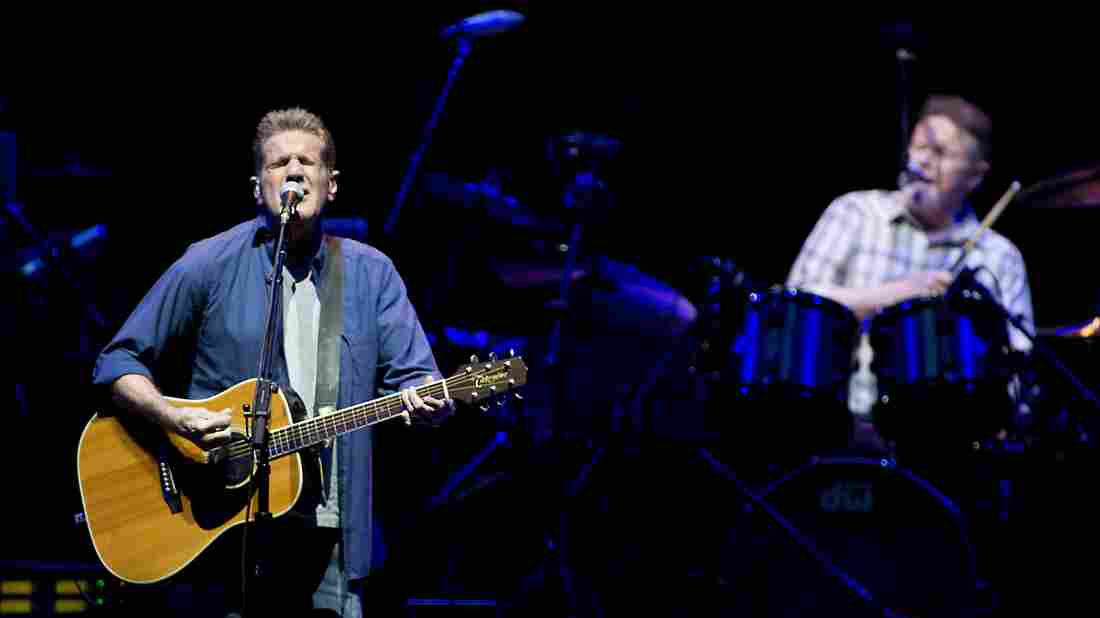 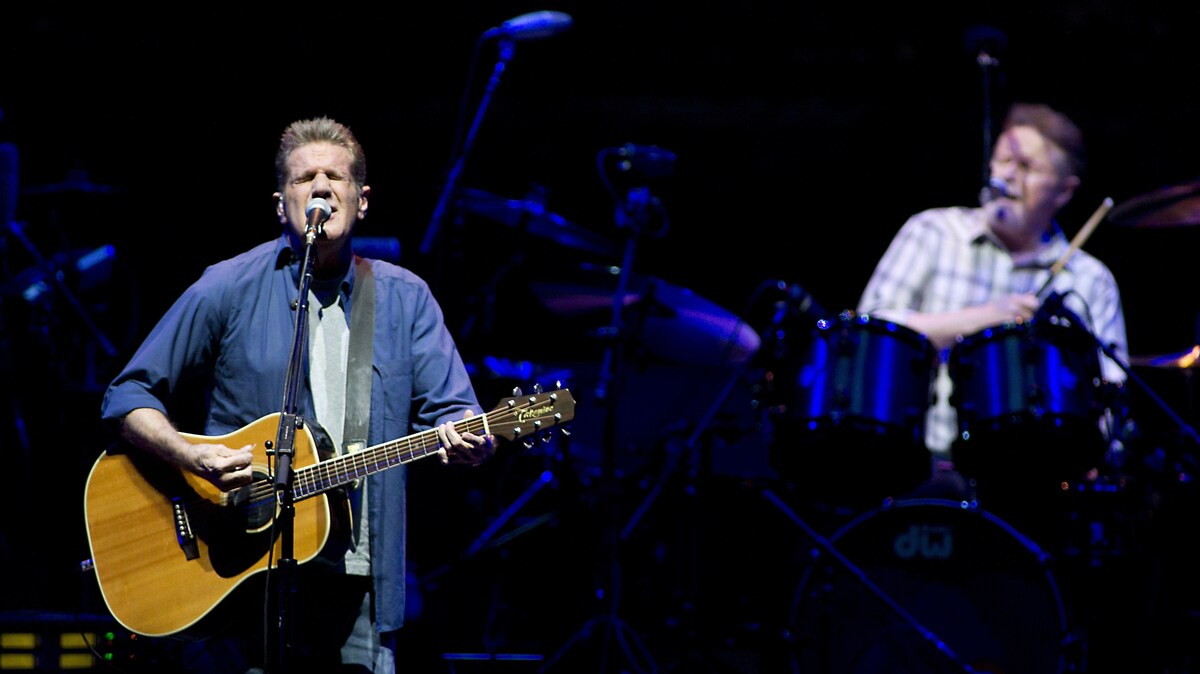 Glenn Frey (left) and Don Henley perform with The Eagles in Amsterdam in 2014.

Glenn Frey, 67, a founding member and guitarist of The Eagles, died on Monday in New York City of complications from rheumatoid arthritis, acute ulcerative colitis and pneumonia, according to a statement on the band's official website:

"The Frey family would like to thank everyone who joined Glenn to fight this fight and hoped and prayed for his recovery. Words can neither describe our sorrow, nor our love and respect for all that he has given to us, his family, the music community & millions of fans worldwide."

Co-Founder Of The Eagles Glenn Frey Dies At 67

Co-Founder Of The Eagles Glenn Frey Dies At 67

Frey is credited with co-writing many of The Eagles' best-known songs, including "Hotel California," "Heartache Tonight" and "One Of These Nights" — all No. 1 hits for the band.

Don Henley, The Eagles' lead singer and Frey's co-writer on many songs, remembered his band mate in a statement:

"Glenn was the one who started it all. He was the spark plug, the man with the plan. He had an encyclopedic knowledge of popular music and a work ethic that wouldn't quit. He was funny, bullheaded, mercurial, generous, deeply talented and driven. He loved is wife and kids more than anything. We are all in a state of shock, disbelief and profound sorrow."

The Eagles' manager, Irving Azoff, told the Los Angeles Times that Frey was as talented at the business of making music as he was at writing and playing songs:

"Glenn taught me as much about business as he taught me about music. He had incredible instincts. He and Henley and I would always plot what was coming next. He wasn't just an incredible writer, singer and musicians, he also had incredibly good business instincts. I don't know of a better family man, or father."

The Eagles, founded in 1971 in Los Angeles, is one of the best-selling American rock bands of all time, notes the Rock and Roll Hall of Fame, which inducted The Eagles in 1998:

"The group's first best-of collection, Their Greatest Hits 1971-1975, is among the best-selling albums of all time, having sold more than 26 million copies. It was the first album to be certified platinum (1 million sold) by the Recording Industry Association of America, which introduced that classification in 1976. They released four consecutive No. 1 albums between 1975 and 1979. ... They sold more albums in the '70s than any other American band. Moreover, though the band was inactive in the Eighties, their back catalog steadily sold 1.5 million copies a year."