Accessibility links
Supreme Court Agrees To Hear Case On Obama's Immigration Actions : The Two-Way Back in November 2014, the president announced plans to shield from deportation up to 5 million immigrants here illegally. Even before his plans got off the ground, lower courts put them on hold. 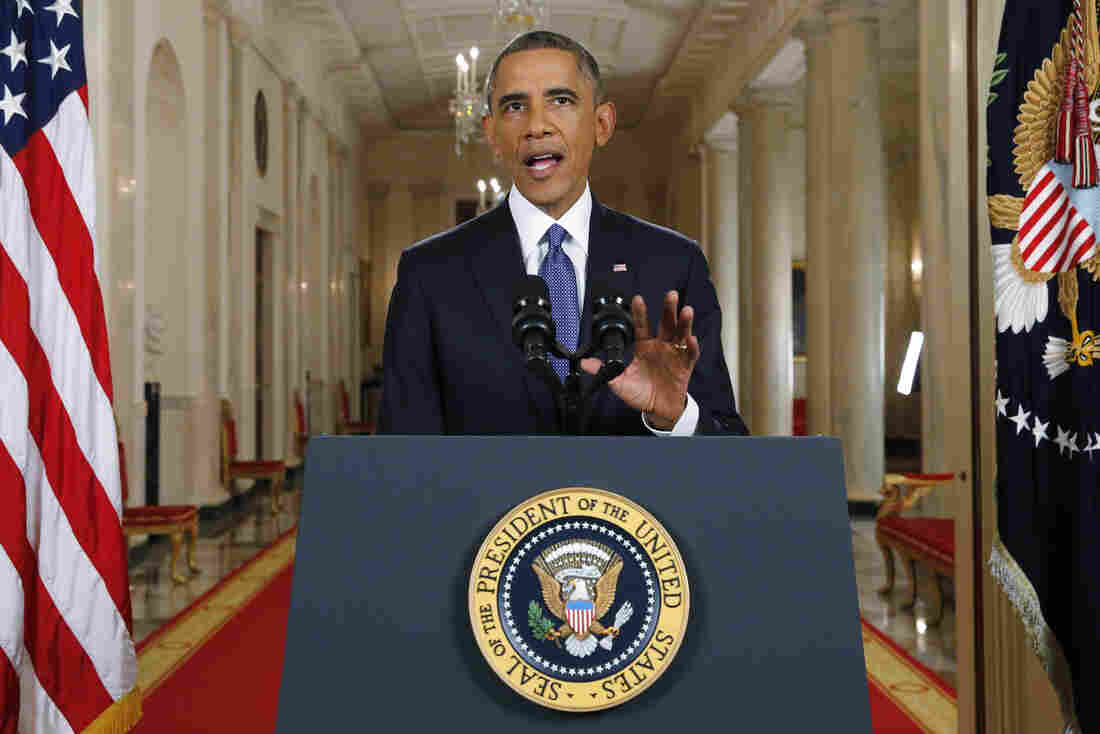 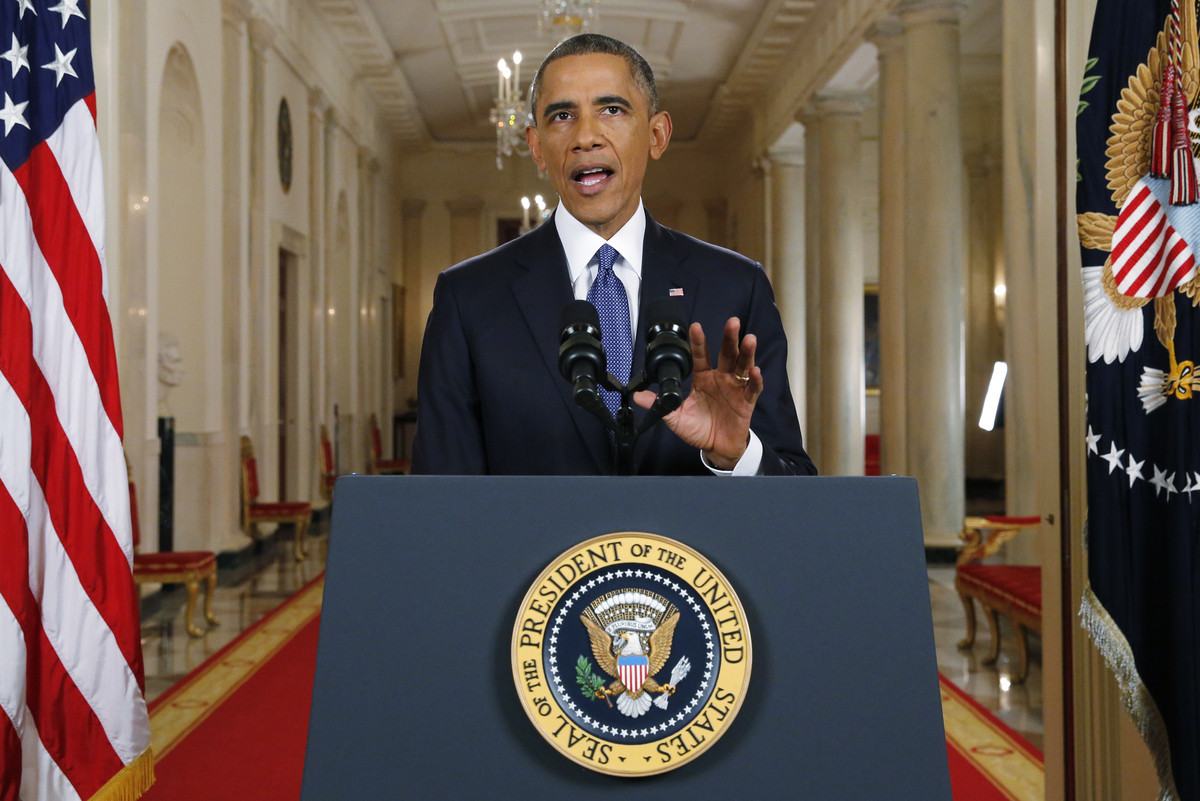 President Obama announces executive actions on U.S. immigration policy during a nationally televised address from the White House in November 2014.

The Supreme Court of the United States has decided to review a challenge to President Obama's executive actions on immigration.

As we've reported, back in November 2014, Obama announced plans to shield from deportation up to 5 million immigrants who are in the U.S. illegally. Even before his plans got off the ground, lower courts put them on hold.

And late last year, a federal appeals court in New Orleans dealt the Obama administration a big blow, deciding that the president had overstepped his legal authority when he issued the executive orders.

Now, the appeals process will bring it before the Supreme Court, which will have final say on the constitutionality of his action.

Under the plan, those people in the U.S. illegally who are parents of U.S. citizens and permanent residents would be allowed to remain here and receive a work permit. Obama also wanted to extend that protection to more immigrants who were brought here as children.

The president said he could take all of those actions under the guise of prosecutorial discretion, which gives the administration the power to decide which immigrants it wants to deport.

Here's how SCOTUSblog explains the legal questions in the case:

"A rather unusual aspect of the case was that, although the lower courts had not decided a constitutional question the states had raised, the Justices added that question on their own. It is whether the policy violates the constitutional clause that requires the president to 'take care' that the laws passed by Congress are faithfully executed. It is rare for the Court to take up an issue that was left undecided in lower courts.

"The question no doubt was added to assure that all aspects of the states' challenge be reviewed together. In addition to that issue, the case involves whether the states had a legal right to sue, or are barred from doing so under Article III; whether the policy is 'arbitrary' and beyond the president's powers over immigration policy, and whether it is illegal because the government did not seek public reaction to it before adopting it as policy."

The case — United States v. Texas — will be argued in April, and we can expect a ruling by June. In other words, the court will release a ruling on a hotly debated issue just as the 2016 presidential election enters its prime time.

A previous caption incorrectly said President Obama announced his executive actions on immigration in November 2015. It was actually November 2014.