Accessibility links
Michigan Gov. Rick Snyder On Flint Water Crisis: 'We Will Fix This' : The Two-Way Gov. Rick Snyder is facing calls for his resignation over tap water contamination in Flint. In his State of the State address on Tuesday, Snyder said he would release his emails from 2014 and 2015. 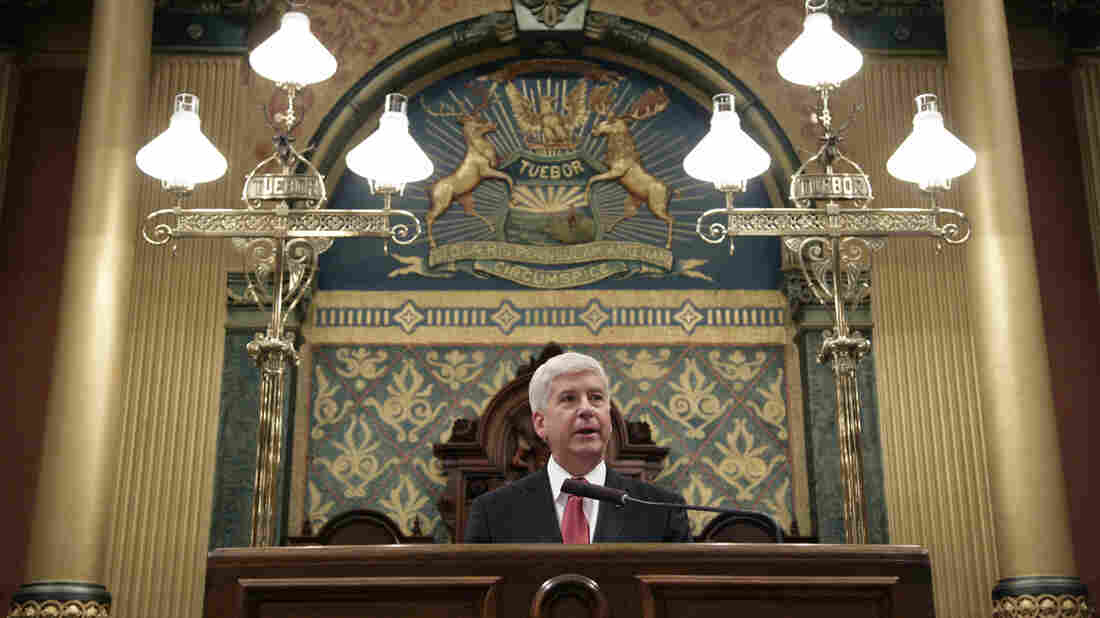 Michigan Gov. Rick Snyder delivers his State of the State address Tuesday, with the water crisis in Flint overshadowing most other issues. Al Goldis/AP hide caption 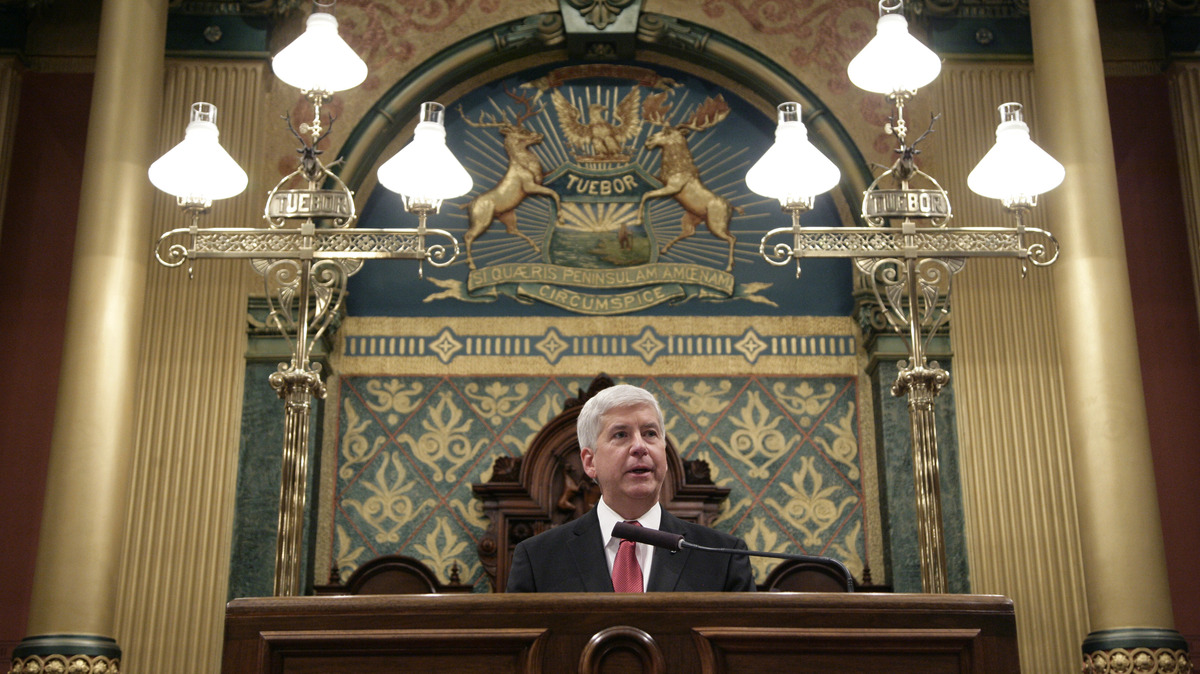 Michigan Gov. Rick Snyder delivers his State of the State address Tuesday, with the water crisis in Flint overshadowing most other issues.

Embattled Michigan Gov. Rick Snyder said Tuesday of the water contamination crisis in the city of Flint, "I am sorry; we will fix this." Snyder addressed the debacle in his State of the State address.

Snyder is facing calls for his resignation over claims that he mishandled the crisis, in which pipe corrosion from a new water source resulted in high levels of lead in the water, poisoning residents.

Snyder said he will release his emails from 2014 and 2015. The decision comes after the Detroit Free Press editorial board wrote: "Snyder, whose administration is now embroiled in a scandal emanating from the foul-ups that led to water poisoning in Flint and the inexplicably slow response, owes all of us better than what the law calls for. He owes us full transparency, and explication."

How The Water Crisis Developed

"A state-appointed manager was in charge when the decision was made that Flint was going to stop using water from the city of Detroit system, where it was buying it and it was considered too expensive, and start drawing water from the Flint River at least on an interim basis. And it turned out that the water was very corrosive, so corrosive in fact that General Motors had a car plant nearby and wouldn't use it.

"And what that did was it caused lead in some water pipes leading into homes to leach into the water. And now we have a lot of kids in Flint who have elevated lead levels, and the fear is all the attendant health problems that go along with it."

Though complaints and questions about the water arose not long after the city began using the new source in April 2014, Snyder denied there was a problem. Despite efforts by local activists, researchers and a pediatrician from Flint to point out the dangers, Snyder didn't declare an emergency in the city until Jan. 5, 2016, nearly a month after the mayor of Flint implemented a state of a emergency.

Then on Jan. 16, President Obama declared an emergency, meaning federal funds will be used to help pay for bottled water and filters for city residents.

On another priority issue, the governor said: "Detroit schools are in a crisis. Detroit schools are in need of a transformational change." He called for legislative action, saying the "time to act is now." Snyder said he had commissioned new studies to help figure out how to improve schools.

Snyder did not mention teachers' strikes or school conditions.

Teachers in Detroit are protesting poor public school conditions, including black mold and collapsing ceilings, by calling in sick. Last week, some schools in Detroit were closed for three consecutive days as a result of the "sickouts."