Accessibility links
Russia's Putin 'Probably' Approved Plan To Kill Spy, British Report Says : The Two-Way Widow Marina Litvinenko says, "The words my husband spoke on his deathbed, when he accused Mr. Putin of his murder, have been proved true in an English court." 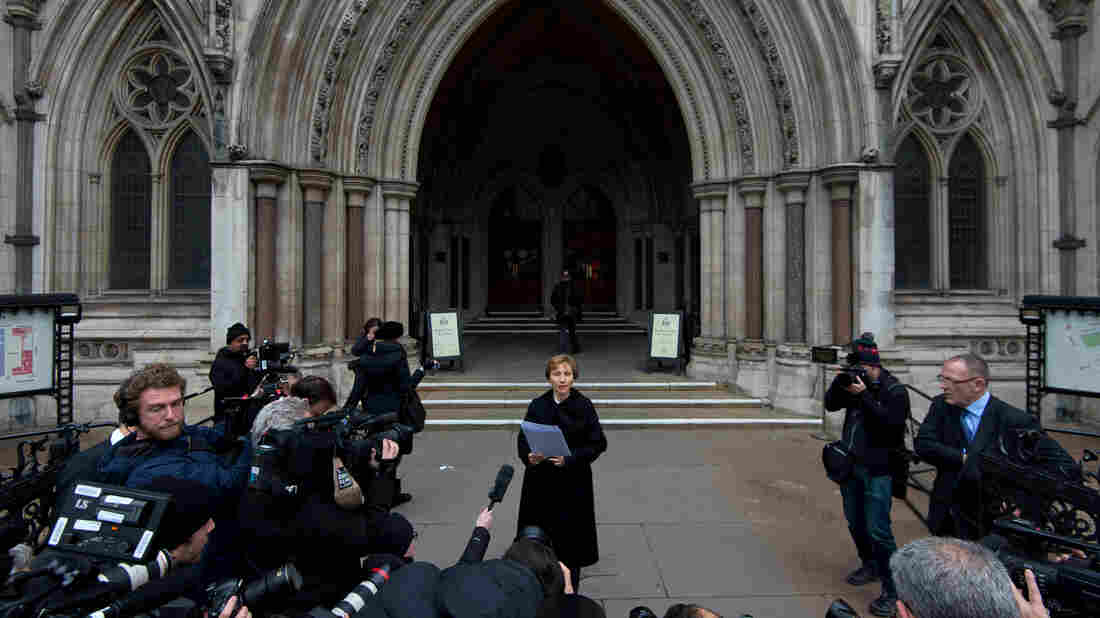 Marina Litvinenko, whose husband died in 2006 after being poisoned, spoke to the media after a British court issued a report saying Alexander Litvinenko had been murdered. Ben Pruchnie/Getty Images hide caption 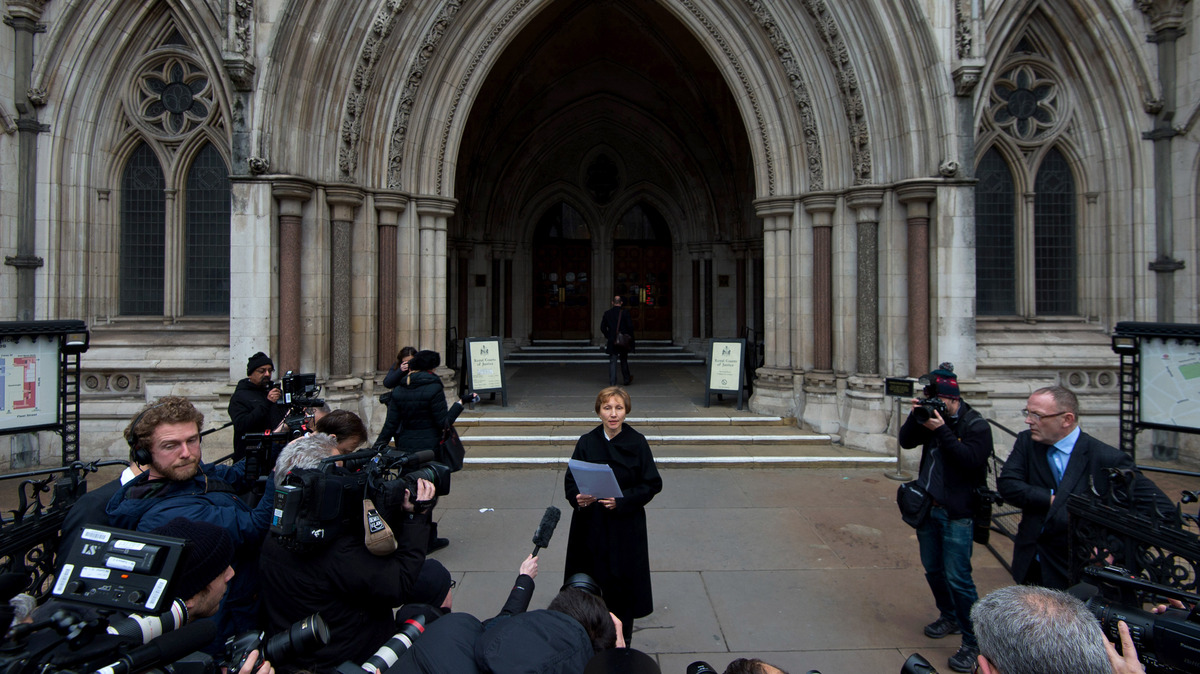 Marina Litvinenko, whose husband died in 2006 after being poisoned, spoke to the media after a British court issued a report saying Alexander Litvinenko had been murdered.

Nearly 10 years after Kremlin critic and former spy Alexander Litvinenko was poisoned with a rare radioactive element and died in London, a retired British judge has issued a report concluding that Russian President Vladimir Putin "probably" approved a plan by Russia's security service to kill the former FSB agent.

The Kremlin has long denied any involvement in Litvinenko's death. The two men who are accused of poisoning Litvinenko, Andrei Lugovoi and Dmitry Kovtun, have suggested he might have poisoned himself, either intentionally or accidentally. But the British findings dismiss that possibility, along with the idea that the situation was some sort of elaborate ruse.

The report released today by Sir Robert Owen, chairman of the British inquiry into Litvinenko's murder, concludes that "the FSB operation to kill Mr. Litvinenko was probably approved by Mr. Patrushev, then head of the FSB, and also by President Putin.

Litvinenko's widow, Marina, speaking Thursday outside the Royal Courts of Justice in London, welcomed the report by saying, "The words my husband spoke on his deathbed, when he accused Mr. Putin of his murder, have been proved true in an English court."

"I am calling immediately for the expulsion from the U.K. of all Russian intelligence operatives," Litvinenko said, "whether from the FSB who murdered Sasha or from other Russian agencies based in the London embassy."

Responding to the report, Russian Foreign Ministry spokesperson Maria Zakharova said, "We regret that the purely criminal case has been politicized and has marred the entire atmosphere of bilateral relations."

As writer Will Storr told NPR in 2013, "This has been written about as the first-ever successful nuclear attack on the West by Russia. It's a major situation."

The report recounts how the spy came to be in London: In 2000, six years before Alexander Litvinenko was poisoned, he arrived in the city with his wife and son, Anatoly, and made a declaration to a police officer: "I am a KGB officer and I'm asking for political asylum."

Litvinenko was 44 when he died in 2006 of cardiac arrest brought on by acute radiation syndrome. The report says he was poisoned twice — the first time coming just days after he and his family were granted British citizenship on Oct. 13, 2006.

"The evidence establishes that Mr. Litvinenko ingested the fatal dose whilst drinking tea from a teapot contaminated with polonium-210 in the Pine Bar of the Millennium Hotel in the West End of London in the afternoon of 1 November in the company of Andrei Lugovoy and Dmitri Kovtun. I am sure that Mr. Lugovoy and Mr. Kovtun placed the polonium-210 into the teapot at the Pine Bar and did so with the intention of poisoning Mr. Litvinenko."

That fatal encounter came weeks after Lugovoy and Kovtun had attempted to administer polonium-210 to Litvinenko, Owen says.

Judge Owen adds that there's no sign of a possible personal motive for Lugovoy and Kovtun, and that all the evidence in the case "points in one direction" — to Moscow. Litvinenko died on Nov. 23, 2006.

As a former Soviet intelligence officer wrote for The Telegraph in 2009, Litvinenko's clashes with Putin extend at least back to 1998, when he blew the whistle on orders from the FSB to murder a politician in Russia. At the time, Putin had been in charge of the FSB for a matter of months; Litvinenko was arrested and placed under scrutiny until he managed to reach London.

The material that killed Litvinenko has a half-life of just 138 days; it also leaves a faint blue glow that helped forensic investigators track the polonium-210's trail through London.

As for the alleged perpetrators, the report states, "Warrants were in due course issued for their arrest, and the Crown Prosecution Service sought unsuccessfully to extradite them from the Russian Federation to stand trial for murder."

The report had been delayed by several factors, from the complicated nature of the police investigation to frustrated attempts to question, and perhaps prosecute, the Russian men who are accused of carrying out the order. Owen was appointed to the case in August of 2012.