Accessibility links
Long Thought To Be Extinct, Bizarre Tree Frog Surfaces In India : The Two-Way Frankixalus jerdonii has been rediscovered in northeastern India — and scientists say it represents an entirely new genus. Strangely, the tadpoles feed on their mothers' unfertilized eggs. 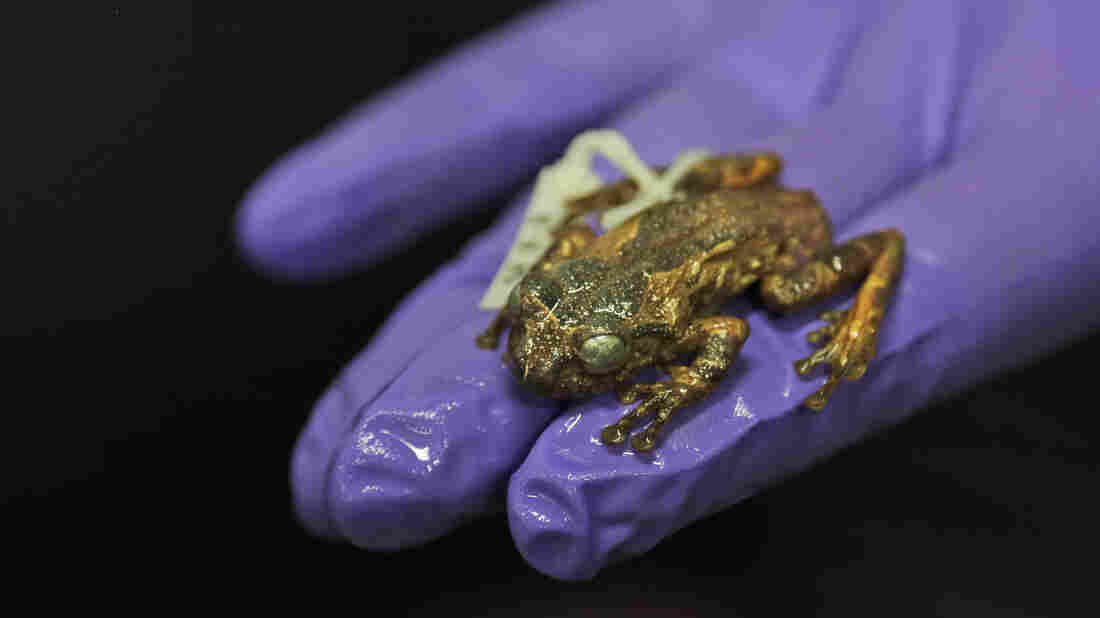 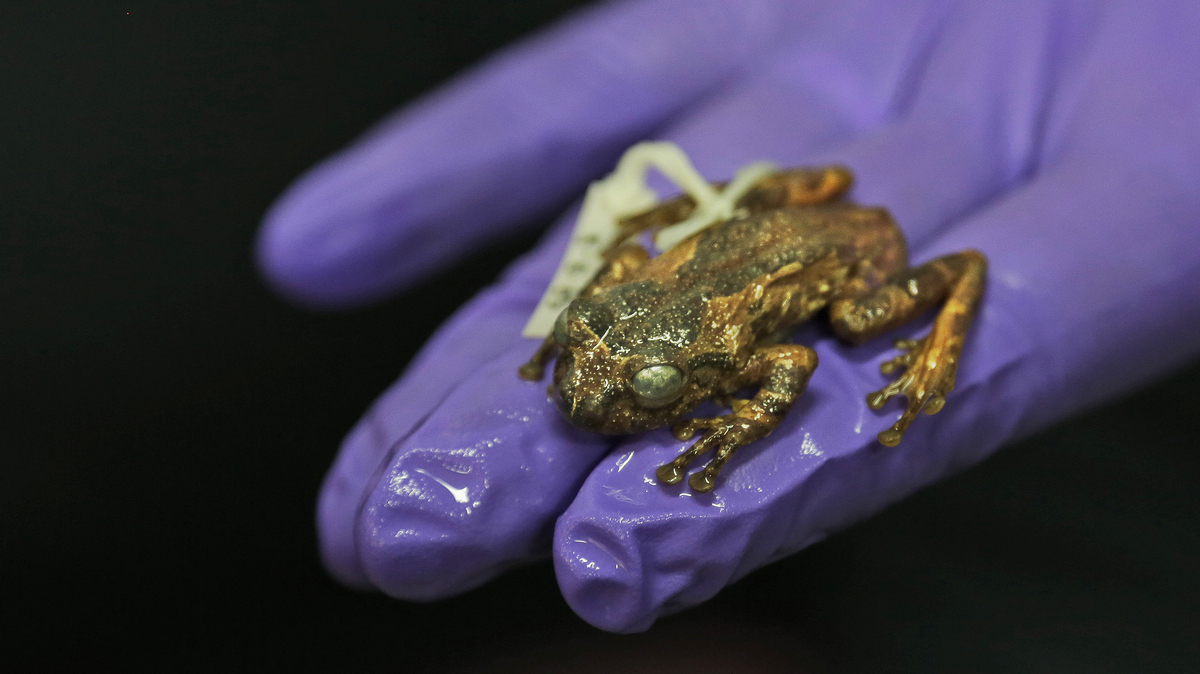 For nearly 150 years, a bizarre tree frog species in India was believed to be extinct.

Now, scientists have found the elusive Frankixalus jerdonii in India's West Bengal state, in the foothills of the Himalayas.

Last seen in the wild in 1870, the frogs were rediscovered by accident during a 2007 expedition led by Indian biologist Sathyabhama Das Biju. "We heard a full musical orchestra coming from the tree tops. It was magical. Of course we had to investigate," he told the BBC.

What's more, a subsequent study published this week by Biju and a team of researchers looks at the frog's "enigmatic lineage," and concludes that the amphibian represents an entirely new genus.

That led scientists to change the frog's name from the original, Polypedates jerdonii, to Frankixalus jerdonii to reflect the new genus.

"Females attach their eggs to the insides of tree hollows, which hold pools of water. When the tadpoles hatch, they fall in the water, where the females feed them unfertilized eggs until they turn into froglets." 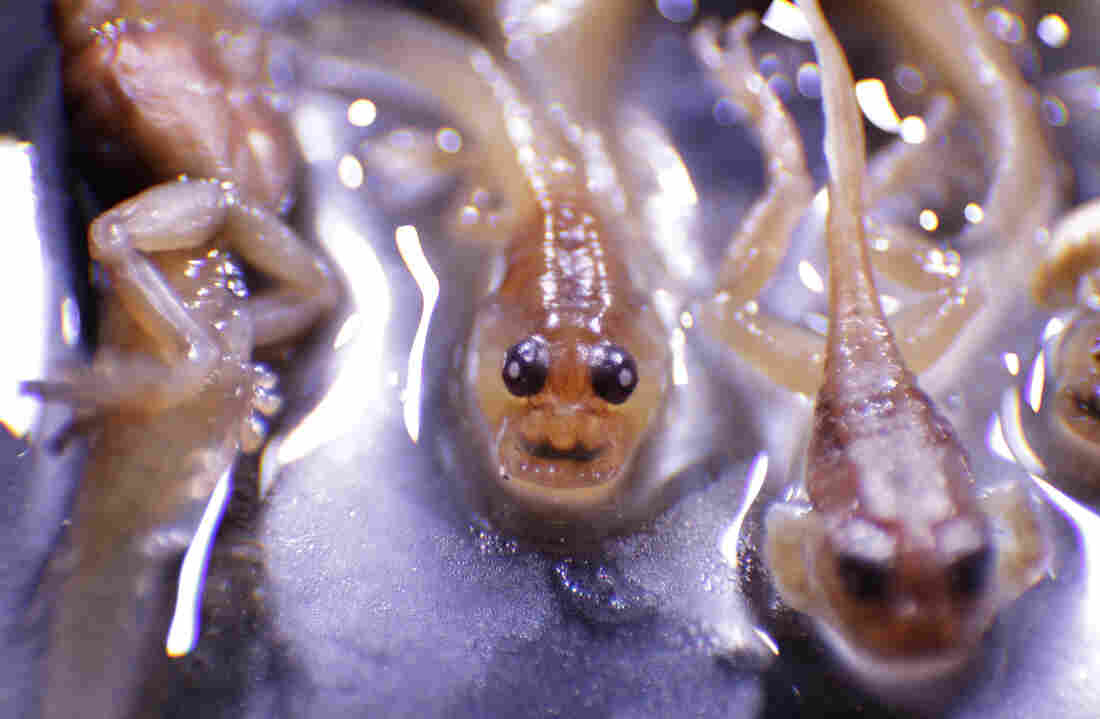 Preserved tadpoles of Frankixalus jerdonii, which scientists say represents a new genus, are seen at Systematics Lab at the University of Delhi. Altaf Qadri/AP hide caption

The tadpoles each had "3-19 eggs in their intestines," the study says. And unusually, these tadpoles do not have tooth rows, which differentiates it from similar species.

There are a few theories about how the tree frogs stayed hidden for nearly 150 years, the BBC reports.

"The golf ball-sized frog lives in tree holes up to 6m (19 feet) above ground, which may have helped it stay undiscovered," the BBC says, "although other scientists have suggested it may have gone unnoticed simply because there are so few scientists working in the remote region."

But its survival is uncertain. Citing "alarming" threats, the study says that multiple areas where the species is believed to live are disturbed by slash-and-burn deforestation.