Accessibility links
Skier, Olympic Gold Medalist Bill Johnson Dies At 55 : The Two-Way Johnson, who had suffered a stroke in 2010, earned sports-legend status in 1984 after he vowed to win Olympic gold in downhill skiing. No American man ever had — but then Johnson kept his word. 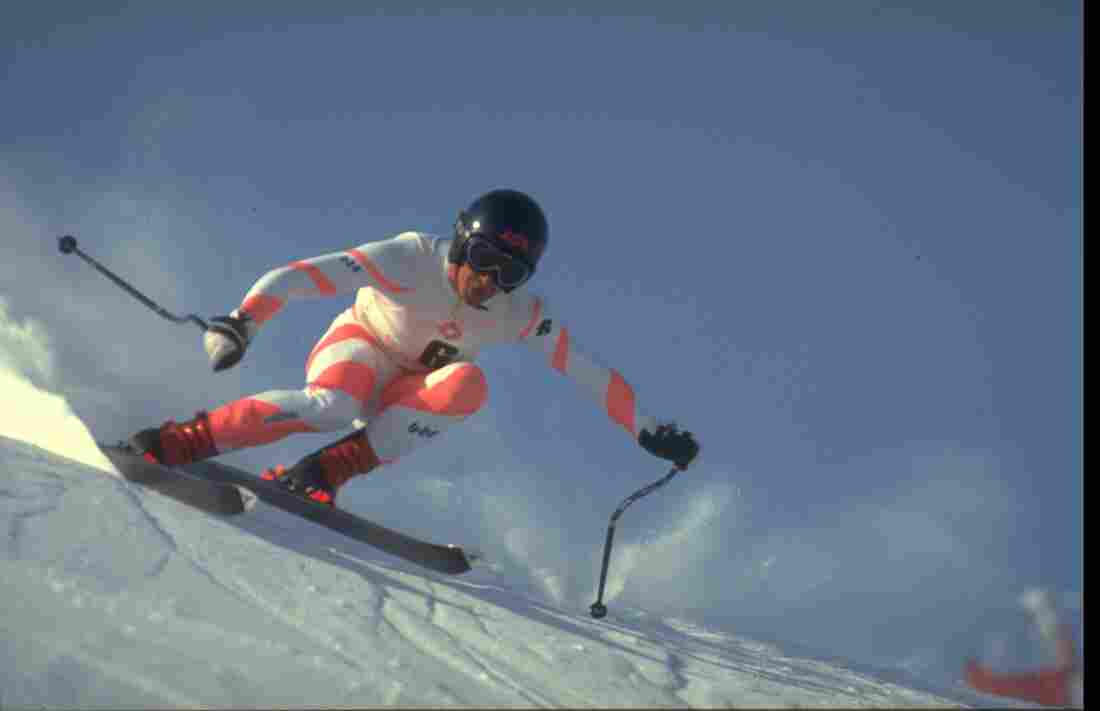 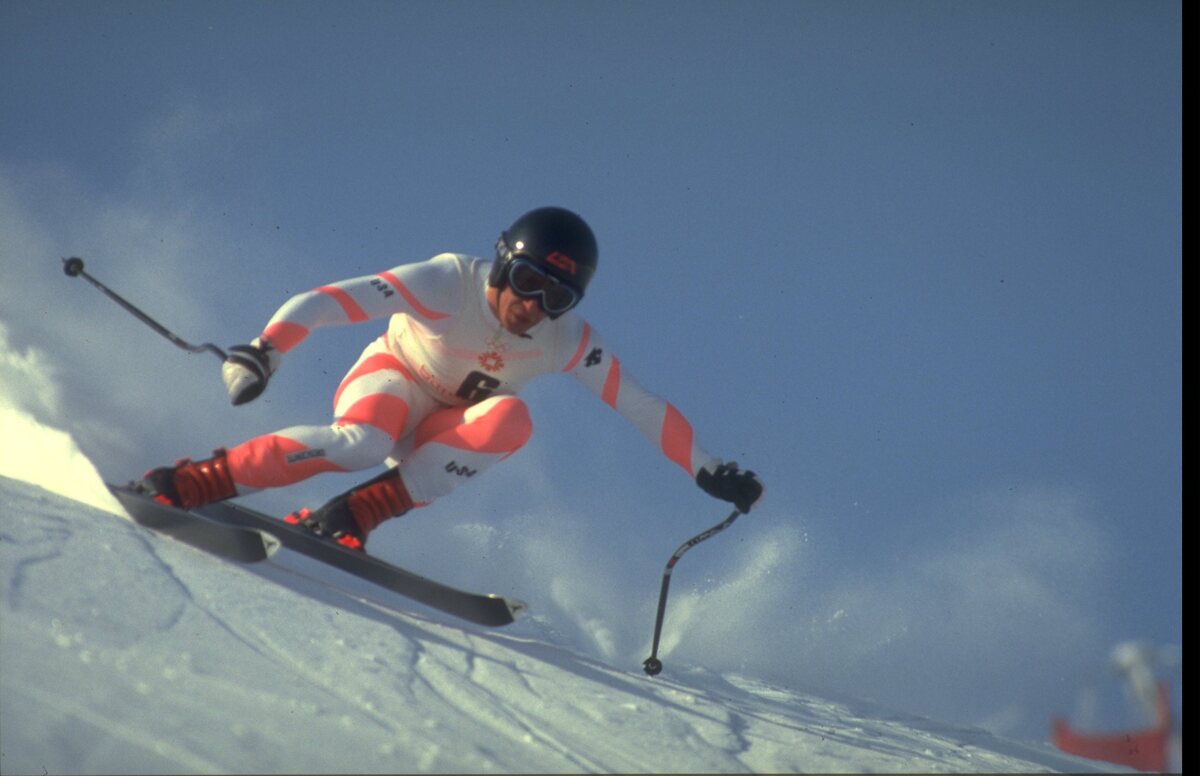 In 1984, Bill Johnson won gold in the men's downhill competition in Sarajevo — the first Alpine gold medal for an American man.

Bill Johnson, the skier who was the first American to win Olympic gold in a downhill event, has died, the U.S. ski team says. He was 55.

"His passing closed the final chapter in a tumultuous lifetime that saw him rise to the highest level in his sport," the team said in a statement.

Johnson died in an assisted living facility in Oregon, after several years of deteriorating health following a stroke.

The Associated Press explains that the skier rose to fame with a series of victories that were unprecedented for an American male skier — and cemented his iconic status with a brash prediction. As the news service tells it:

"Johnson, who was born in Los Angeles, grew up racing at Bogus Basin, Idaho, and Mt. Hood, Oregon.

"Caught stealing cars as a teenager, the judge gave him a choice: Attend ski school or head to jail. So he went to Mission Ridge Ski Academy in Washington, where he developed his talent.

"Johnson established himself on the global scene when he won the Lauberhorn downhill in Wengen, Switzerland, in 1984 in his second year on the World Cup circuit.

"A month later, Johnson went to Sarajevo and cockily predicted that he would win, annoying his European rivals. He came through, beating silver medalist Peter Mueller of Switzerland by 0.27 seconds.

" 'What he did that day was amazing at the time,' said Bill Marolt, former president and CEO of the U.S. Ski and Snowboard Association. 'In retrospect, it's still amazing.' "

Johnson's victory at Lauberhorn was the first American men's downhill World Cup win of the modern era, the U.S ski team says. His gold at Sarajevo was the first time an American man had won gold in Alpine skiing.

Later, Johnson struggled with knee and back injuries, the AP says. He attempted a comeback in 2001, at age 40, but crashed while training and was critically injured.

"He sustained a traumatic brain injury that erased nearly a decade of memories," the AP writes. "He had to learn how to walk, talk and eat again."

Then, in 2010, Johnson suffered a stroke. The years that followed were difficult, as the AP's Pat Graham reported in 2015:

"Most days are a struggle for American downhill great Bill Johnson as he rests in bed at an assisted living facility in Gresham, Ore., watching his favorite television shows.

"He can't move his arms or legs anymore. He can't really speak, either, in between bouts of coughing and choking fits. And lately, Johnson's left leg has been going into painful spasms with no warning.

" 'He's deteriorating,' D.B. Johnson said of her son's health, which has been on the decline since a stroke nearly five years ago. 'He's frozen in himself.' "

The American ski community, aware of Johnson's ill health, celebrated his 55th birthday last year by sending him videos, notes and messages. On Friday, they marked Johnson's death with an outpouring of remembrances, calling the champion a trailblazer, a pioneer and an inspiration and legend.

As it did on his birthday, the U.S. ski team shared a video of Johnson's history-making Olympic run in 1984.

The man, the myth, the legend. Ski in peace, Bill Johnson.

You can watch a legend born in real time.

"The youngster's been cocky, he's been calm, he's been cool — and he has backed it all up right here," announcer Frank Gifford says in awe.