Accessibility links
Sarah The Cheetah, World's Fastest Land Animal, Dies At 15 : The Two-Way The Cincinnati Zoo euthanized the cheetah known as Sarah this week. Cheetahs usually live to 8 to 12, the zoo says. Sarah was famous for running 100 meters in 5.95 seconds, a record for land mammals. 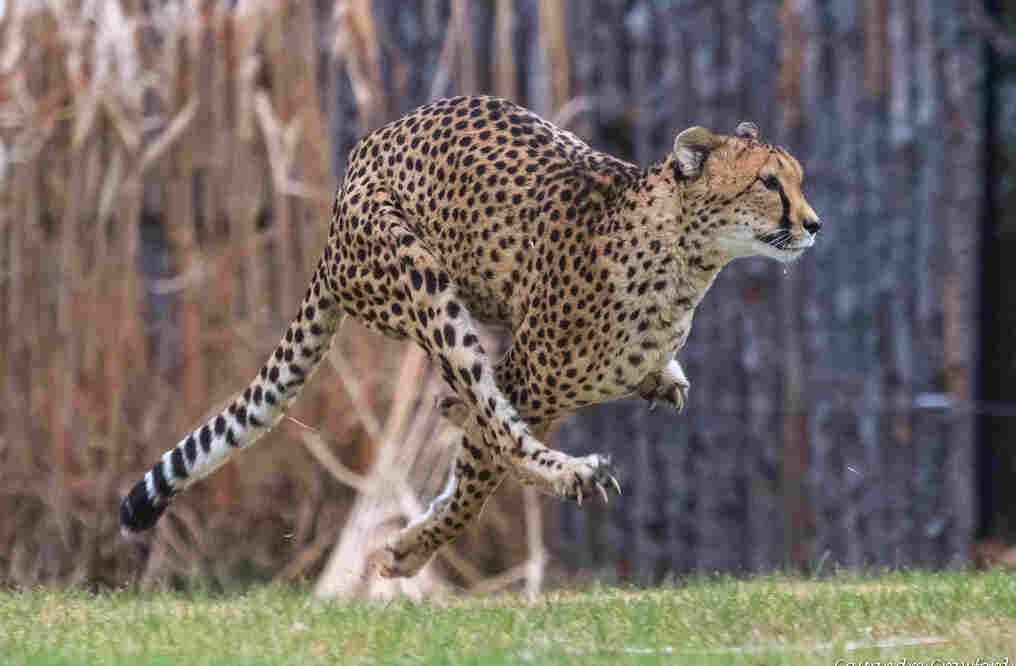 The cheetah known as Sarah or Sahara holds the record as the fastest land animal on earth. She has died at the age of 15. Cincinnati Zoo hide caption 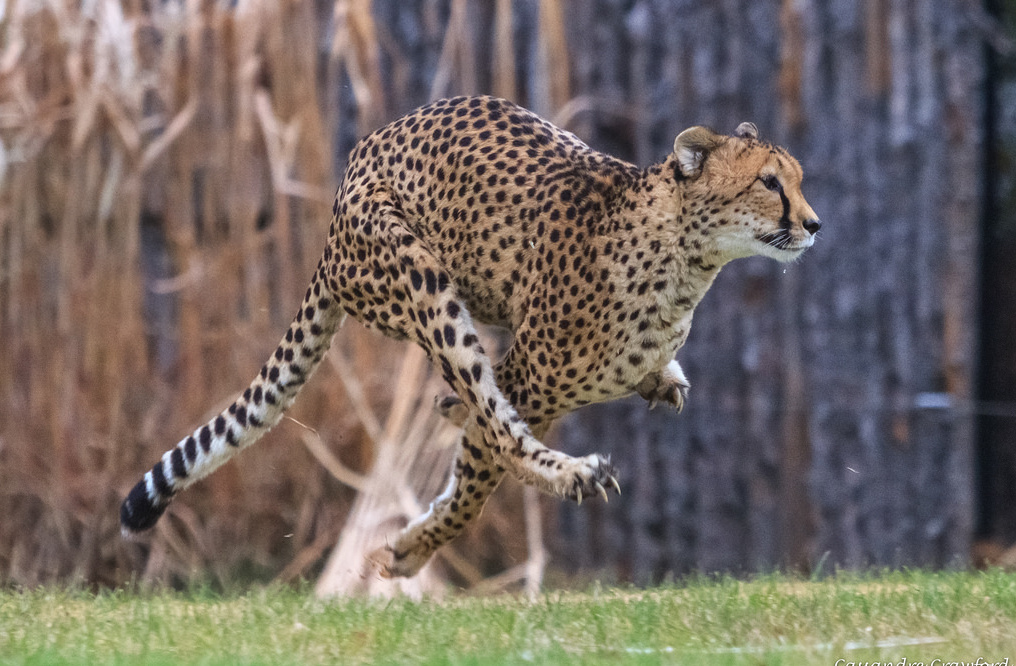 The cheetah known as Sarah or Sahara holds the record as the fastest land animal on earth. She has died at the age of 15.

Sarah the cheetah, who holds the world record as fastest land animal, has died at 15.

She was euthanized Wednesday "due to a diminishing quality of life," the Cincinnati Zoo says in a statement. The average lifespan of a cheetah is 8 to 12 years, according to the zoo.

Sarah (also named Sahara) was famous for her astonishing speed. We blogged about her on the Two-Way in 2009, when she set the speed record for land mammals: 100 meters in 6.13 seconds.

She hit 61 mph on that run, National Geographic reports.

A NatGeo editor said the animal looked like "a polka-dotted missile."

Sarah was also notable as one of the first cheetah cubs to be raised with a puppy companion — an Anatolian shepherd named Alexa, or Lexi.

The two animals were "lifelong companions," writes Cathryn Hilker, the founder of the zoo's Cat Ambassador program and the woman who hand-raised Sarah as a cub.

"They did school shows, summer shows, TV appearances and much more until Alexa retired, leaving Sara to continue alone," Hilker wrote in a remembrance.

Lexi died several years ago, according to the Cincinnati Zoo.

Sarah's appearances and record-breaking stunts were part of the zoo's efforts to educate the public about cheetah conservation. Cheetahs are endangered, with an estimated 9,000-12,000 left in the world, the zoo writes.

The lead trainer for the Cat Ambassador program called Sarah "a phenomenal ambassador for her species."

"She was a dynamic individual and we were privileged to know her and learn from her," the trainer, Linda Castaneda, said in the zoo's statement. "We will all miss the princess cat."

And so will many other people, writes Hilker, the woman who raised Sarah:

"She will be remembered by thousands of school children who heard her loud purr or heard her nails clicking on the table top," she writes. "My memories are imprinted in my heart and mind of a tiny brave little cheetah ... the claw marks from her tiny little claws when she was a cub remain on my bedspread to this day." 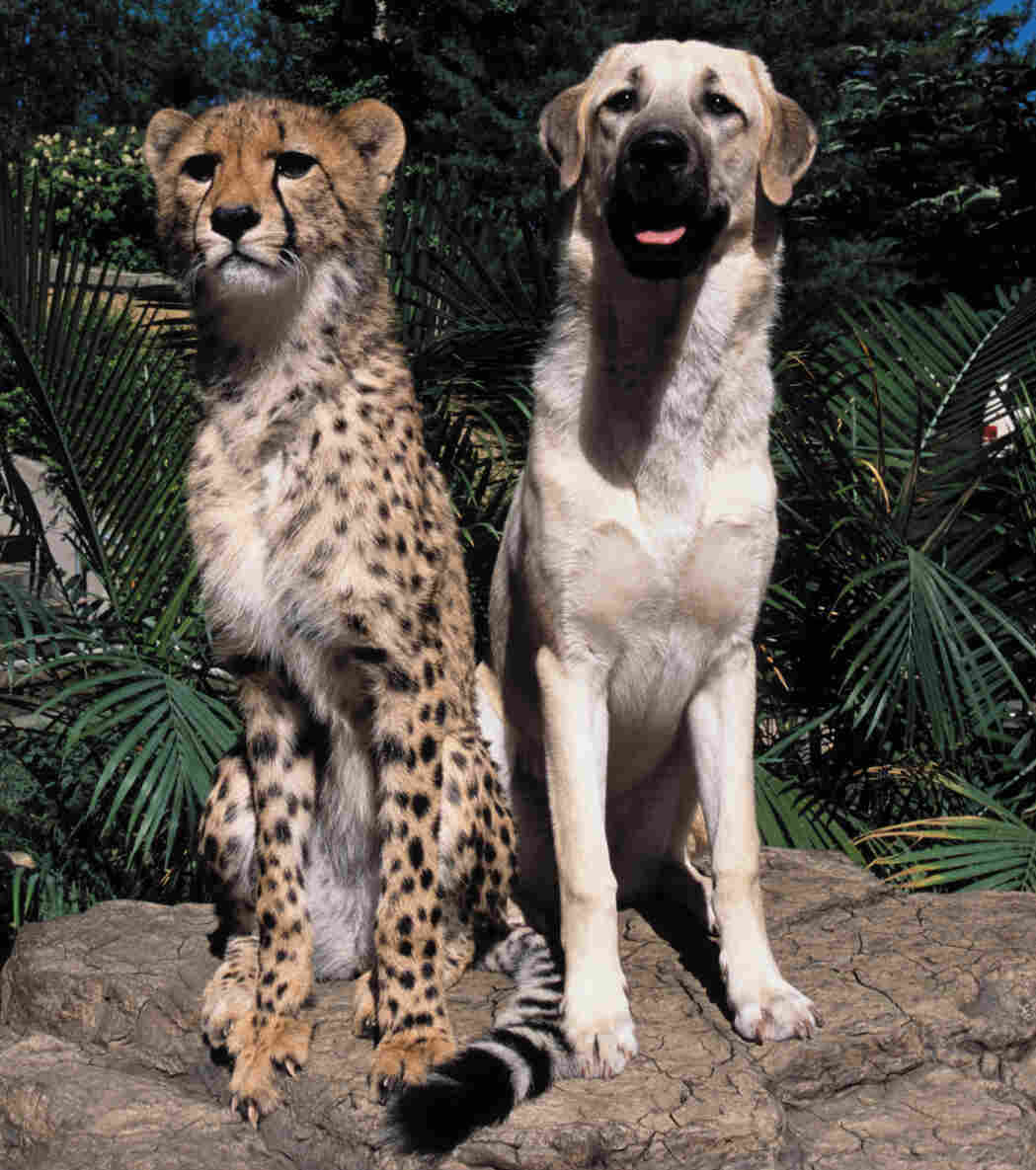 The cheetah Sarah and the Anatolian shepherd Alexa were raised together and became lifelong companions. Cincinnati Zoo hide caption 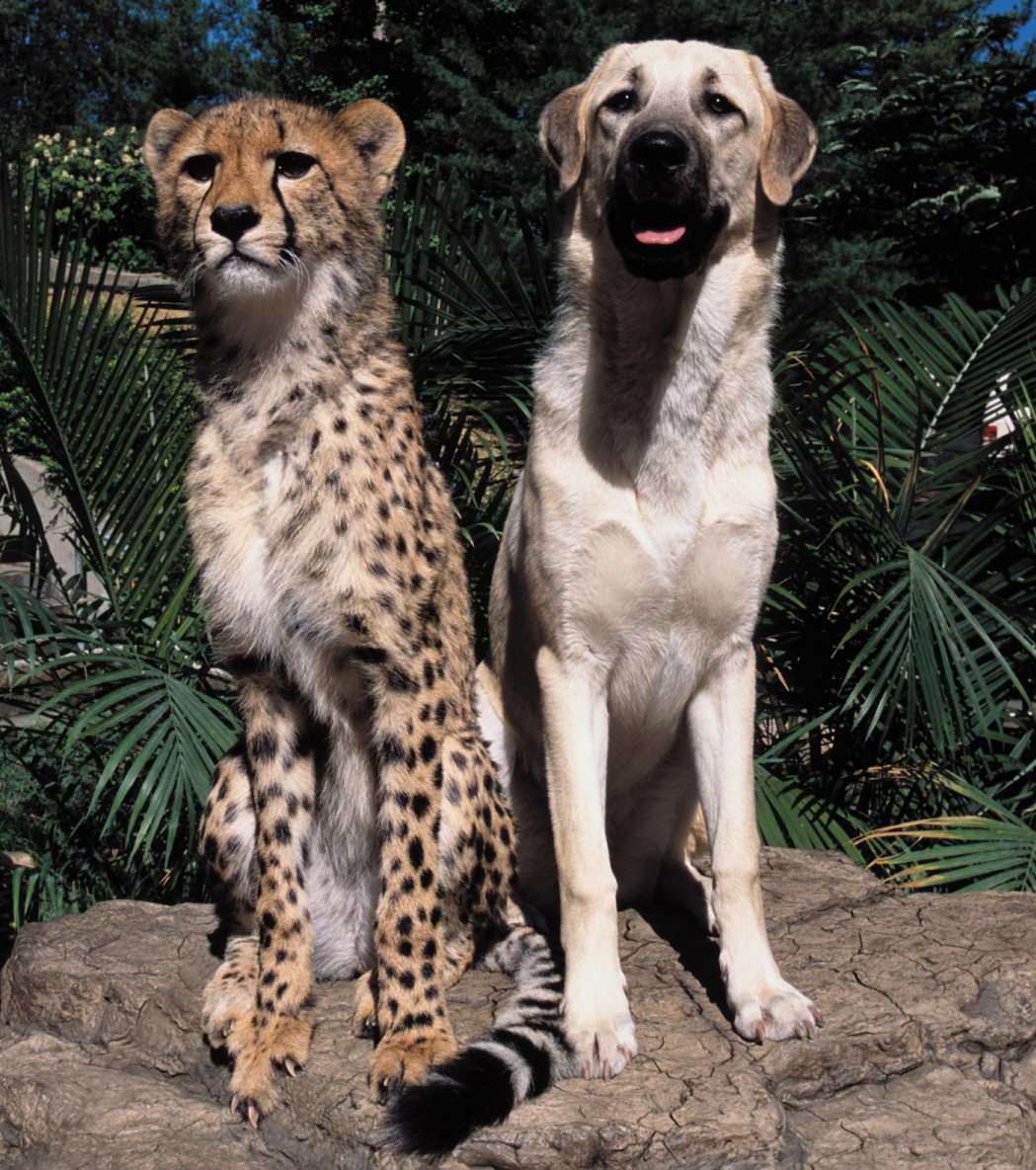 The cheetah Sarah and the Anatolian shepherd Alexa were raised together and became lifelong companions.