Accessibility links
Donald Trump: 'I Could ... Shoot Somebody, And I Wouldn't Lose Any Voters' : The Two-Way The GOP presidential candidate cracked the joke at a campaign stop in Iowa on Saturday. Less than two weeks from the state's caucus, Trump had been remarking on his supporters' loyalty.

Donald Trump: 'I Could ... Shoot Somebody, And I Wouldn't Lose Any Voters'

Donald Trump: 'I Could ... Shoot Somebody, And I Wouldn't Lose Any Voters' 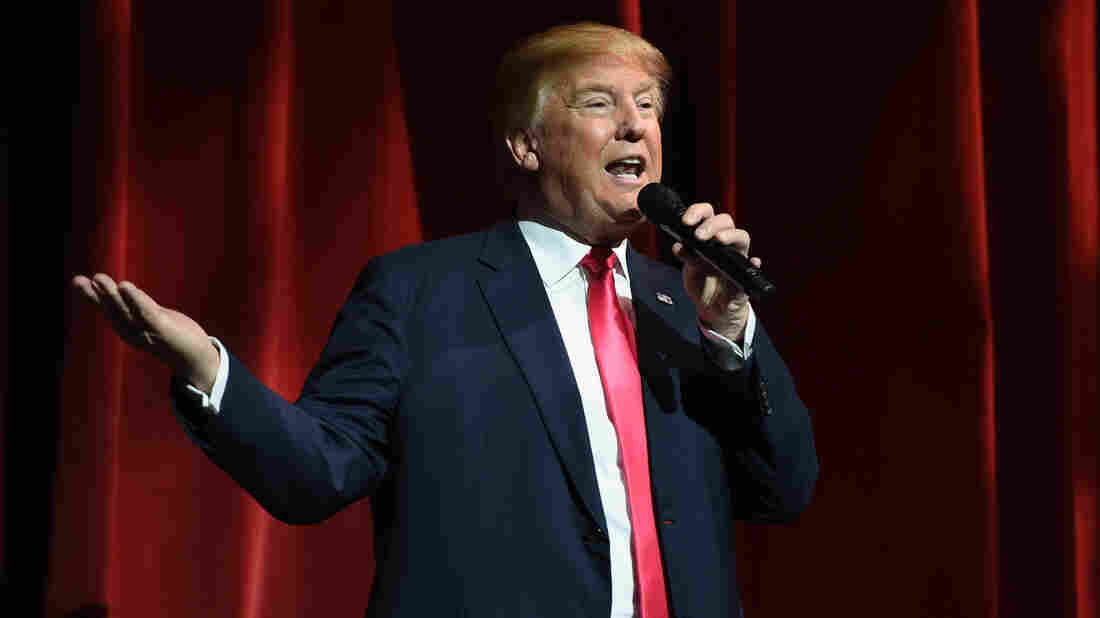 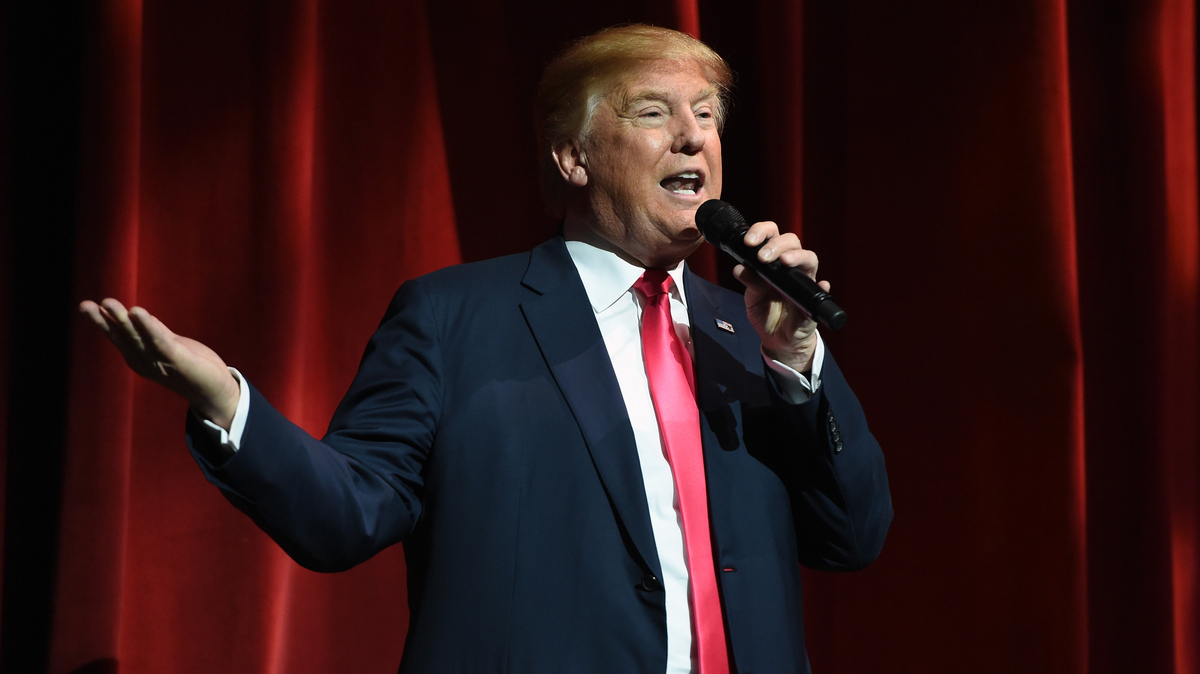 Donald Trump speaks during the Outdoor Sportsman Awards in Las Vegas on Thursday.

With less than two weeks to go until the Iowa caucus, Donald Trump remains characteristically confident about his chances. In fact, the Republican front-runner is so confident, he says his supporters would stay loyal even if he happened to commit a capital offense.

"I could stand in the middle of Fifth Avenue and shoot somebody, and I wouldn't lose any voters, OK?" Trump remarked at a campaign stop at Dordt College in Sioux Center, Iowa. "It's, like, incredible."

The businessman, whose Trump Tower stands on the major Manhattan thoroughfare, cracked the joke Saturday to a receptive audience at the Christian college.

NPR's Don Gonyea reports that so far, the reaction to Trump's remarks has followed a familiar pattern.

"His audiences love it. His opponents try to use it against him — but so far, to no avail," Gonyea reports. "I talked to some of his supporters and they say, 'Yeah, sometimes he makes me cringe, but I still like him and I still think he's the right thing for America.' "

One supporter, who spoke to ABC News, said he found Trump's point clear — but mentioned Trump could have articulated it differently.

It was the first of two planned events in Iowa on Saturday for the presidential hopeful. The state's first-in-the-nation caucuses pick their preferred nominees from both parties on Feb. 1.