Accessibility links
Obama Bans Solitary Confinement For Juveniles In Federal Prisons : The Two-Way The president is adopting Justice Department recommendations that also include banning solitary for prisoners who have committed low-level infractions. 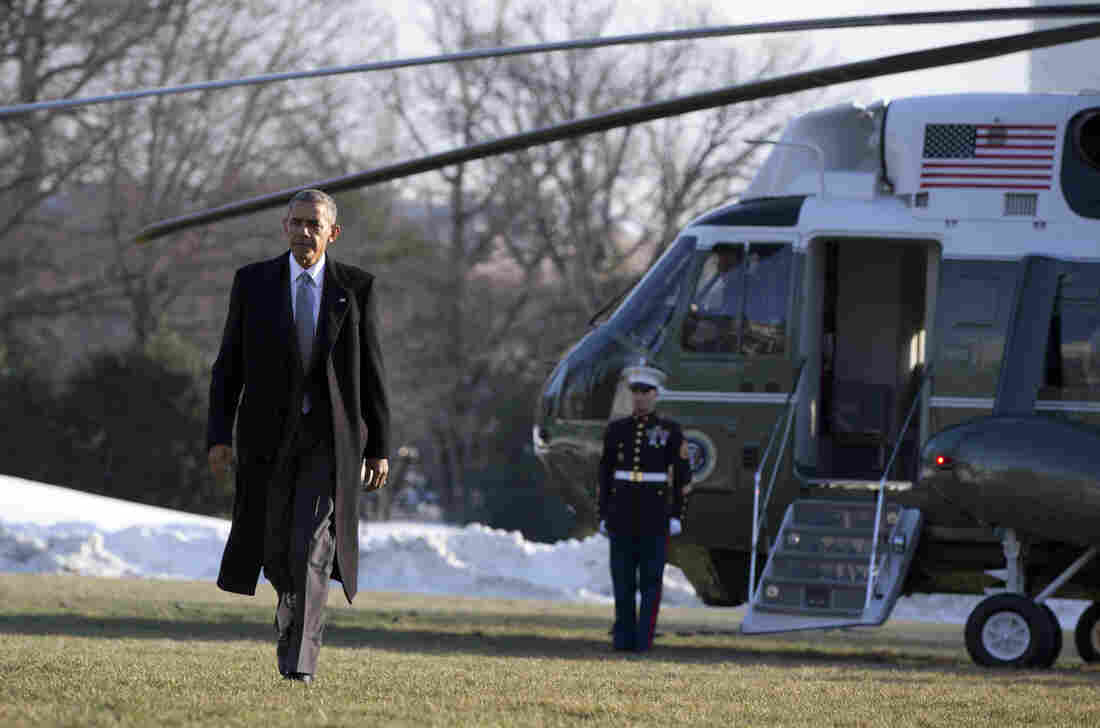 President Obama arrives at the White House on Monday, after a trip to Walter Reed National Military Medical Center in Bethesda, Md. Obama wrote an op-ed in Monday's Washington Post announcing new limits on the use of solitary confinement in federal prisons. Carolyn Kaster/AP hide caption 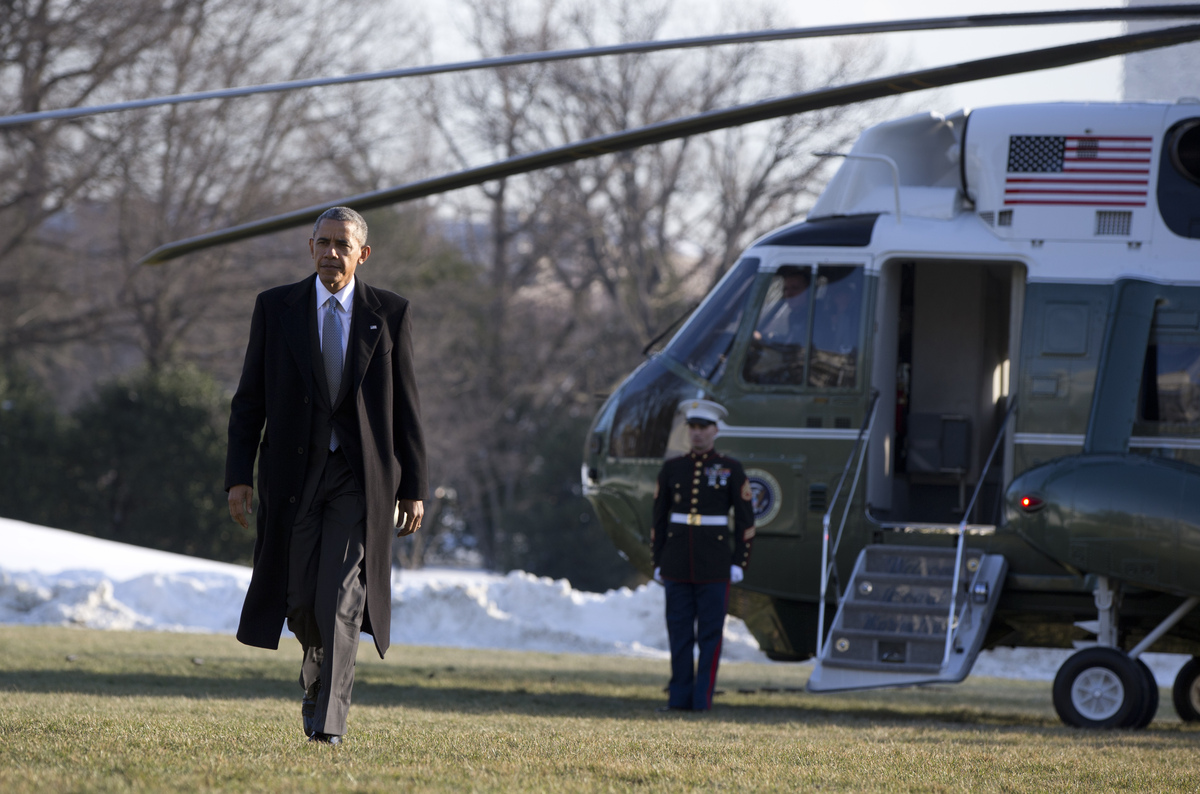 President Obama arrives at the White House on Monday, after a trip to Walter Reed National Military Medical Center in Bethesda, Md. Obama wrote an op-ed in Monday's Washington Post announcing new limits on the use of solitary confinement in federal prisons.

On Monday, President Obama announced changes to the federal prison system that include banning solitary confinement for juvenile offenders and for prisoners who have committed low-level infractions, calling the practice overused and potentially devastating.

In an op-ed in The Washington Post, Obama invoked the case of Kalief Browder, a young man who spent nearly two years in solitary confinement after he was thrown in jail in 2010 for allegedly stealing a backpack when he was 16.

"In 2013, Kalief was released, having never stood trial," Obama wrote. "He completed a successful semester at Bronx Community College. But life was a constant struggle to recover from the trauma of being locked up alone for 23 hours a day. One Saturday, he committed suicide at home. He was just 22 years old."

Though the ban applies only to federal prisons where, NPR's Carrie Johnson reports, few juveniles are held, the series of executive actions Obama laid out also includes more time for prisoners outside of their cells and better treatment for mentally ill prisoners. He said the changes will affect 10,000 prisoners.

Obama wrote that as many as 100,000 people are held in solitary confinement in federal, state and local jurisdictions, and said the practice — especially for juveniles and people with mental illness — has the "potential to lead to devastating, lasting psychological consequences."

The changes to solitary confinement protocol are only one of several bipartisan criminal justice reforms currently under consideration. Obama wrote:

"Every year, we spend $80 billion to keep 2.2 million people incarcerated. Many criminals belong behind bars. But too many others, especially nonviolent drug offenders, are serving unnecessarily long sentences. That's why members of Congress in both parties are pushing for change, from reforming sentencing laws to expanding reentry programs to give those who have paid their debt to society the tools they need to become productive members of their communities."

In a previous version of this post, Kalief Browder was misidentified as Kalief Brown.