Accessibility links
FSU Pays $950,000 To Woman Who Accused Jameis Winston Of Sexual Assault : The Two-Way The settlement means Erica Kinsman, who accused the Tampa Bay and former Florida State University quarterback of rape in 2012, will drop her Title IX lawsuit against the university. 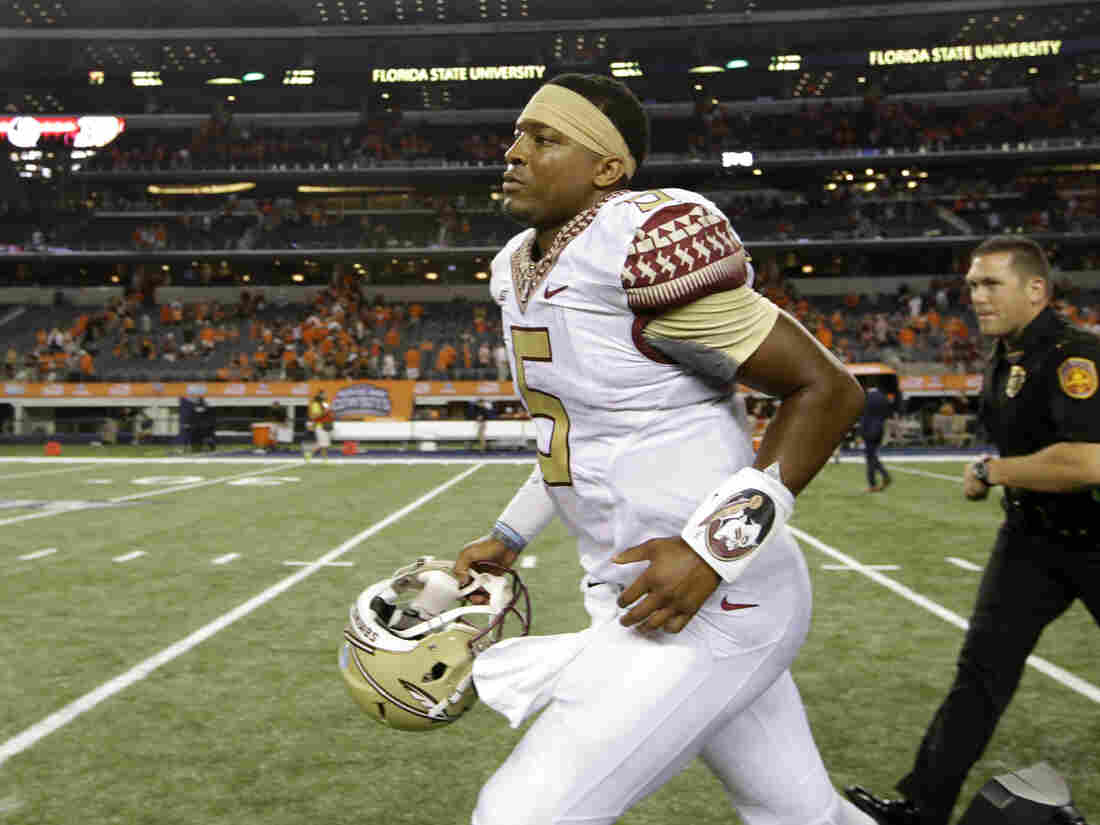 Despite the allegation of sexual assault, former Florida State quarterback Jameis Winston continued playing football, won the Heisman trophy and was selected No. 1 in the 2015 NFL draft by the Tampa Bay Buccaneers. Tony Gutierrez/AP hide caption 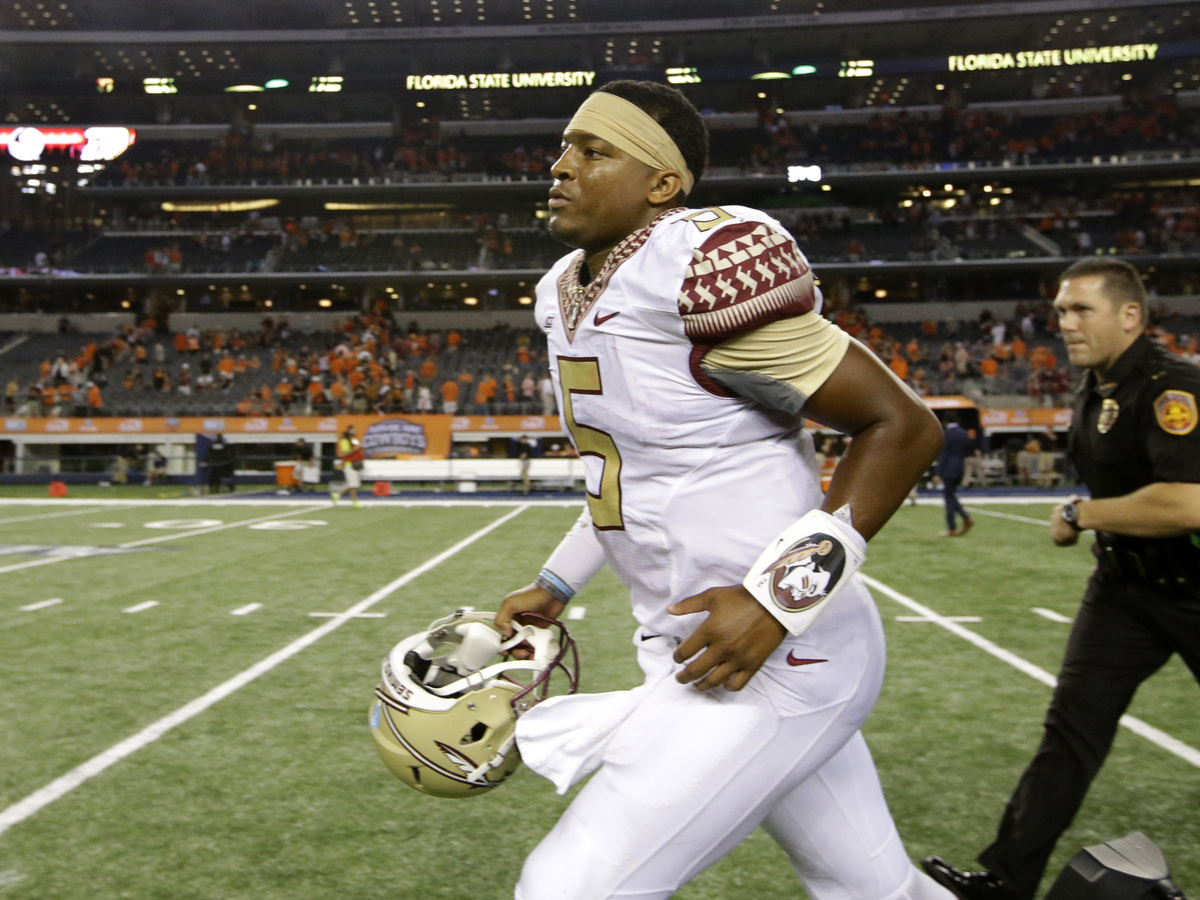 Despite the allegation of sexual assault, former Florida State quarterback Jameis Winston continued playing football, won the Heisman trophy and was selected No. 1 in the 2015 NFL draft by the Tampa Bay Buccaneers.

Florida State University has settled with Erica Kinsman for $950,000, after she accused former FSU quarterback Jameis Winston of raping her in late 2012 when they were both students. He now plays for the Tampa Bay Buccaneers.

The settlement, which also commits the university to five years of sexual assault awareness programs and greater transparency, means that Kinsman will drop her Title IX lawsuit against the school. The statement from Kinsman's lawyers reads, in part:

"In her Title IX lawsuit Ms. Kinsman asserted that FSU violated federal law by refusing to investigate and by covering up her allegations of a sexual assault on December 7, 2012, as well as a second woman's report of sexual misconduct, by fellow student Jameis Winston. Winston, who had not yet played football for FSU at the time of the assault, went on to lead FSU as quarterback to two undefeated regular seasons and a national championship in 2014. He went on to become FSU's third Heisman Trophy winner in December 2013. The Title IX lawsuit alleged that university officials concealed and obstructed the sexual assault investigation so that Mr. Winston could play football for more than two years afterwards."

In a statement, the university characterized the settlement as a way to "move forward," not an admission of any wrongdoing. Winston has maintained he and Kinsman had consensual sex.

"'Although we regret we will never be able to tell our full story in court, it is apparent that a trial many months from now would have left FSU fighting over the past rather than looking toward its very bright future. We have decided to instead move forward even though we have full faith that the ultimate outcome of a trial would have been consistent with the previous law enforcement investigations and retired Supreme Court Justice Major Harding's findings in the student conduct hearing,' [Florida State University President John] Thrasher said."

In December 2015, Winston was cleared of wrongdoing in a student conduct hearing, as NPR's Tom Goldman reported. But major questions remained regarding the Tallahassee Police Department's efforts to investigate the accusations. Kinsman went to the hospital and called the police the night of the encounter, but the investigation stalled for months before Florida state attorney Willie Meggs declined to file criminal charges in December 2013.

A documentary called The Hunting Ground, which aired on CNN in November, despite threats by Winston's lawyer to sue the network, alleges the police knowingly did not investigate the accusations fully in order to protect the FSU football program. In the documentary, which was criticized by Harvard Law School faculty as not accurately depicting cases of sexual assault, Kinsman describes the alleged assault and the aftermath.

The statement from Kinsman's lawyers says they filed a separate sexual battery lawsuit against Winston individually, which will proceed. Kinsman who left FSU in the wake of the encounter, will graduate in the spring from another university.

"I'll always be disappointed that I had to leave the school I dreamed of attending since I was little," she said in the statement. "I am happy that FSU has committed to continue making changes in order to ensure a safer environment for all students. My hope is that the federal investigation of my complaint by the Office of Civil Rights will produce even more positive change, not just at FSU, but across the country."