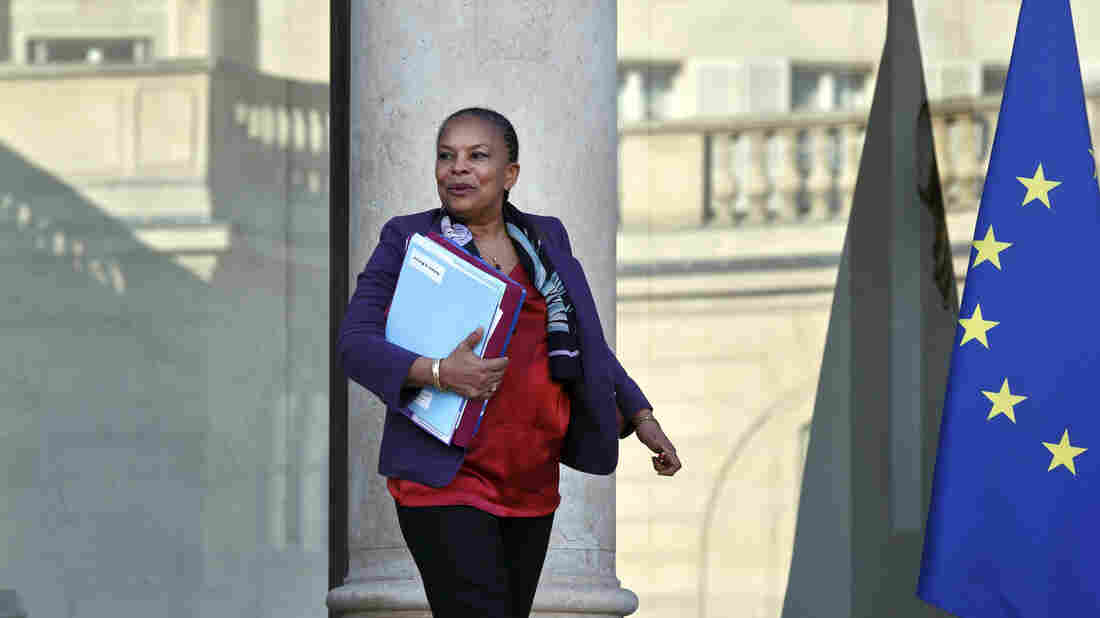 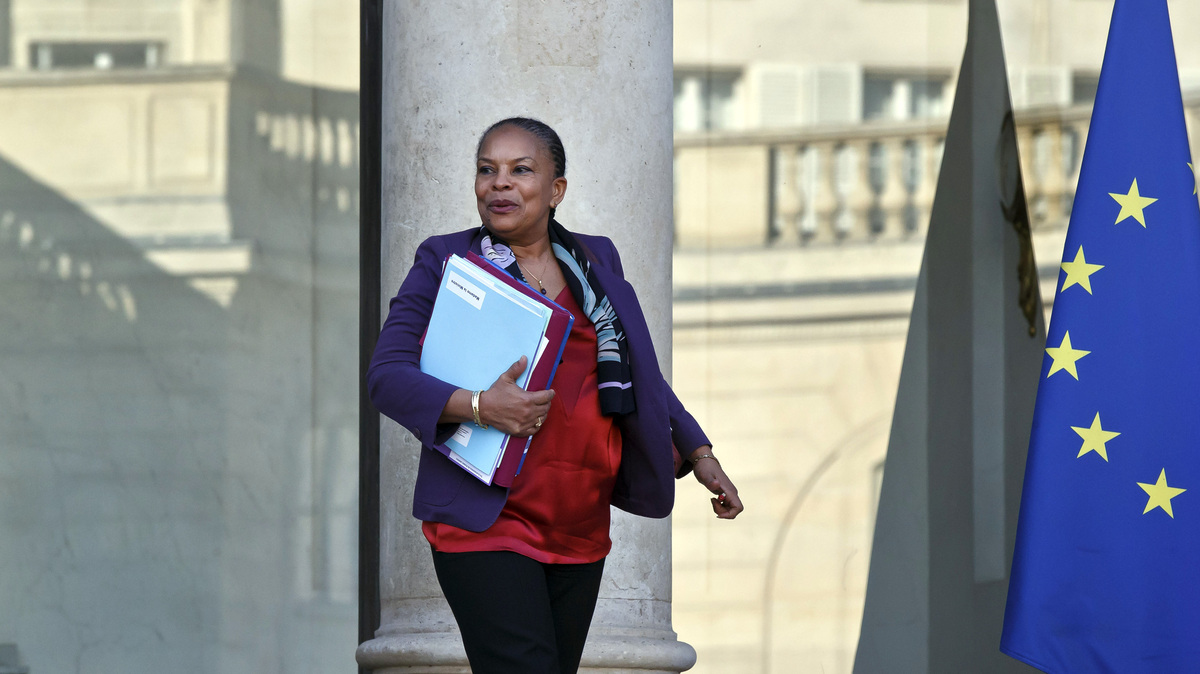 France's Justice Minister Christiane Taubira, who resigned on Wednesday, is shown here leave the Elysee Palace after the weekly cabinet meeting in Paris in December.

The controversial measure was proposed in the wake of the November terrorist attacks in Paris that killed 130 people.

Taubira, who originally hails from French Guiana, is one of a few prominent black politicians in France, who "positioned herself as an advocate for the marginalized or excluded," a 2013 New York Times profile says. She was a major proponent of legalizing same-sex marriage.

As The New York Times describes it, the proposal to strip convicted terrorists of their citizenship "has struck at the core of France's ideals of the rights of citizens, while underscoring the quandary the government faces as it confronts a widening threat from terrorists born and raised in France."

There are also questions about whether the change would actually deter a potential attacker. "No one has been able to envision a situation in which a binational French suicide bomber might not press the button for fear of losing citizenship," the Times says.

NPR's Eleanor Beardsley says French President Francois Hollande requested the change, which is "long associated with the far right." In today's France, she says, "facing terror in its streets, the lines between left and right have blurred."

About 1,000 French citizens are believed to have traveled to Syria to fight, Eleanor reports.

These are among other sweeping changes to French law that have been proposed, including making it easier for the French president to declare a state of emergency and "new measures to fight radicalization in its prisons," NPR has reported.

Taubira's "left wing leanings have put her increasingly at odds with official policy, especially after the November attacks," the BBC reports.

"I can't stand having a boss," Taubira told the Times in 2013. "My conscience is my boss, and my conscience dictates rules that are extremely, I'd say, grand — they're rough but beautiful."