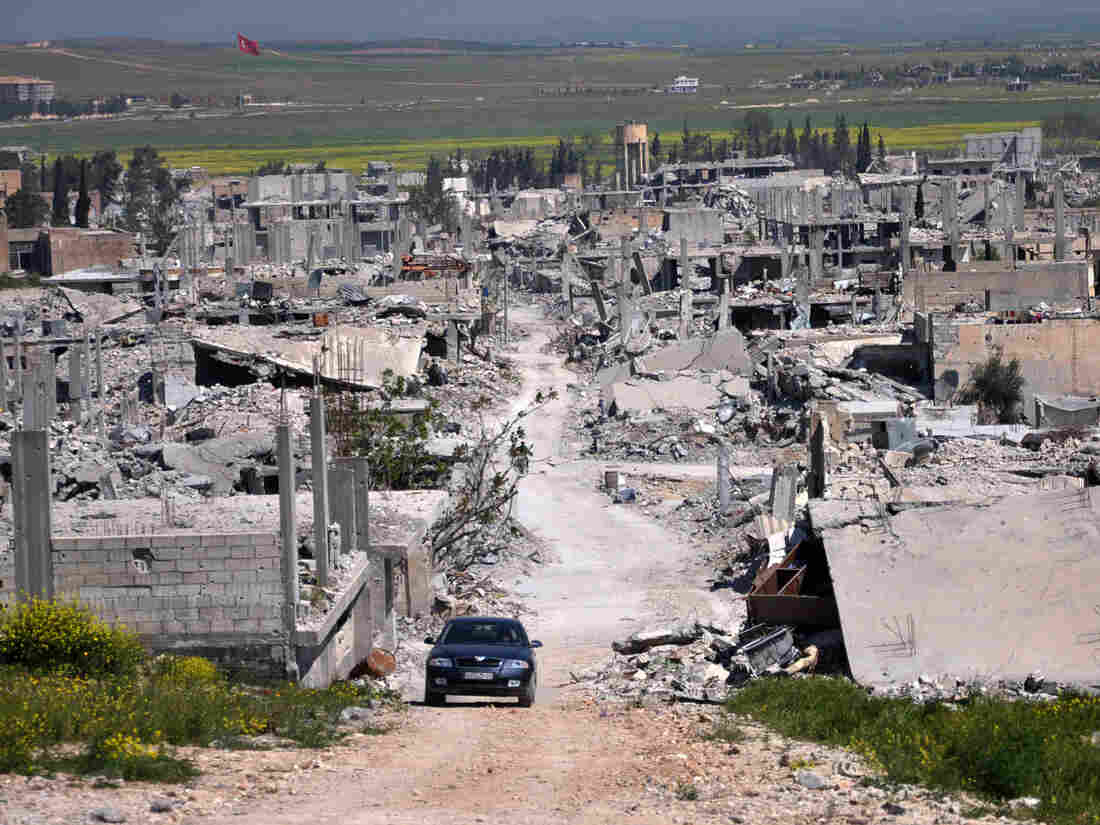 A car passes in an area that was destroyed during the battle between the U.S. backed Kurdish forces and the Islamic State fighters in Kobani, north Syria, in 2015. Mehmet Shakir/AP hide caption 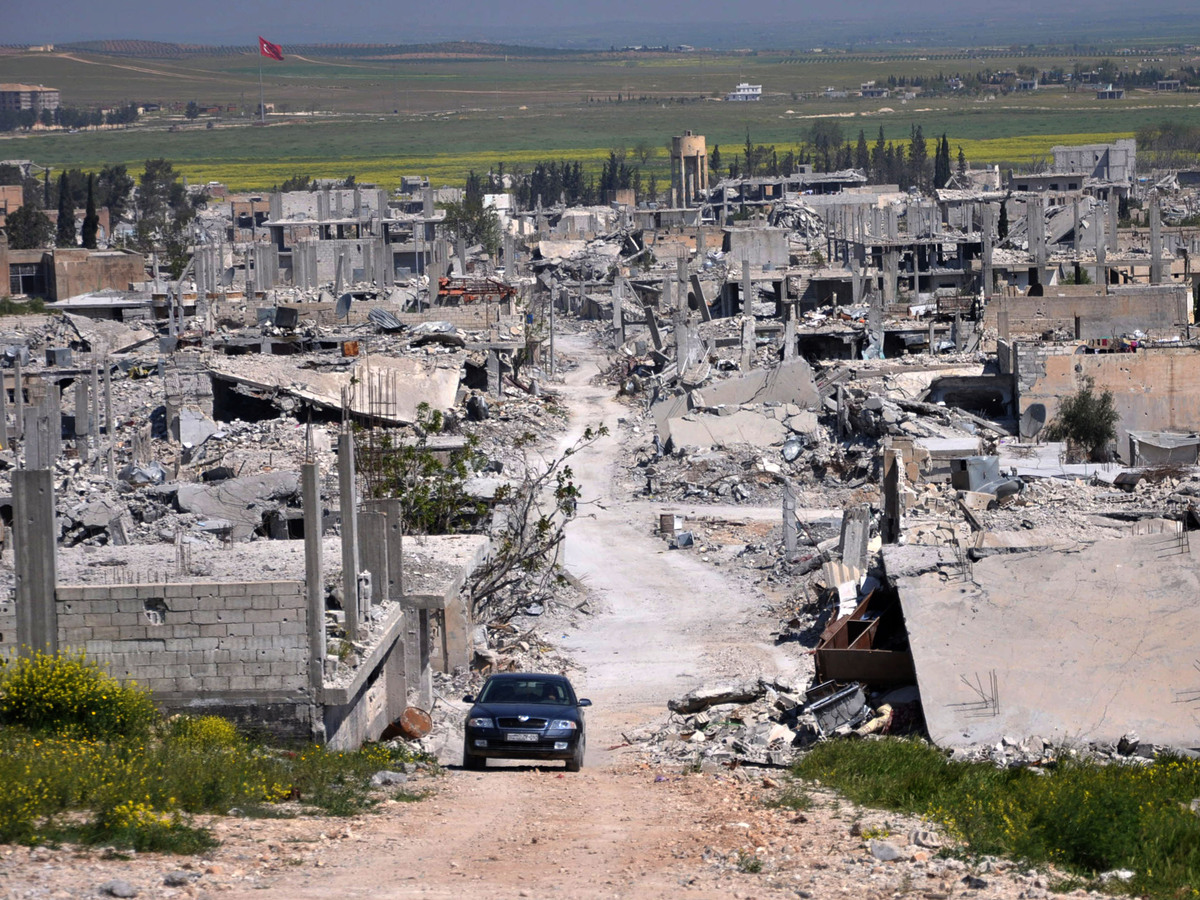 A car passes in an area that was destroyed during the battle between the U.S. backed Kurdish forces and the Islamic State fighters in Kobani, north Syria, in 2015.

U.N.-sponsored Syrian peace talks are beginning today in Geneva in an effort to put an end to the nearly 5-year-old conflict.

The main Syrian opposition group says it will attend the talks, after initially refusing to go to Geneva.

The opposition's High Negotiations Committee says its decision to participate "was based on guarantees of U.S. backing from Secretary Kerry for the implementation" of a U.N. Security Council resolution, NPR's Alison Meuse reports from Beirut. That resolution concerns the humanitarian conditions inside Syria.

"We decided to participate in the political process to test the seriousness of the other party," the group says in a statement.

The U.N. special envoy for Syria, Staffan de Mistura, released a video message to the Syrian people ahead of the talks. Reaction to the video — which notably was delivered in English without Arabic subtitles — reveals some of the difficulties of the process. Here's what he said:

"We count on you to raise your voice. To say, 'Khalas, it's enough.' To say to everyone who is actually coming from Syria and from abroad to this conference, that there are expectations on them to make sure that their vision, their capacity of compromise and discussion for reaching a peaceful solution is now and they need to produce that.

"We've heard what you've been telling us ... enough bombing of my city where I am, and I don't know who is bombing me. I just see bombs coming down. Rockets, anything."

In response, activist Razan Ghazzawi said in a Facebook post that de Mistura is essentially telling the Syrian people what they should say:

"He's asking them to say 'enough!' as if they hadn't been doing so daily for the past 5 years. de Mistura is asking the people — who have been living with [President Bashar] Assad's bombs and [Islamic State] chains — to resist all parties' violence as if it is up to her or him in the first place."

Dear Mr. de Mistura, We'd like to remind you that "peace" was the first cry of the Syrian Revolution. 1/

We'd also like you to know that we know exactly who is bombing us. And so do you. If you want to trust you, at least name them. 2/

These are "proximity talks," which means the U.N. will be meeting parties separately.

A statement from the U.N. says de Mistura planned to meet the Syrian government delegation and then meet "with other participants in the talks and representatives of civil society."

The main opposition coalition is pushing for the implementation of a U.N. Security Council agreement that allows humanitarian access to besieged or hard-to-reach areas and that seeks to stop attacks on civilians.