Accessibility links
To Shine A Light On Salary Gaps, Obama Wants Companies To Disclose Pay Data : The Two-Way The proposal would require companies with more than 100 employees to submit data, affecting more than 63 million workers. 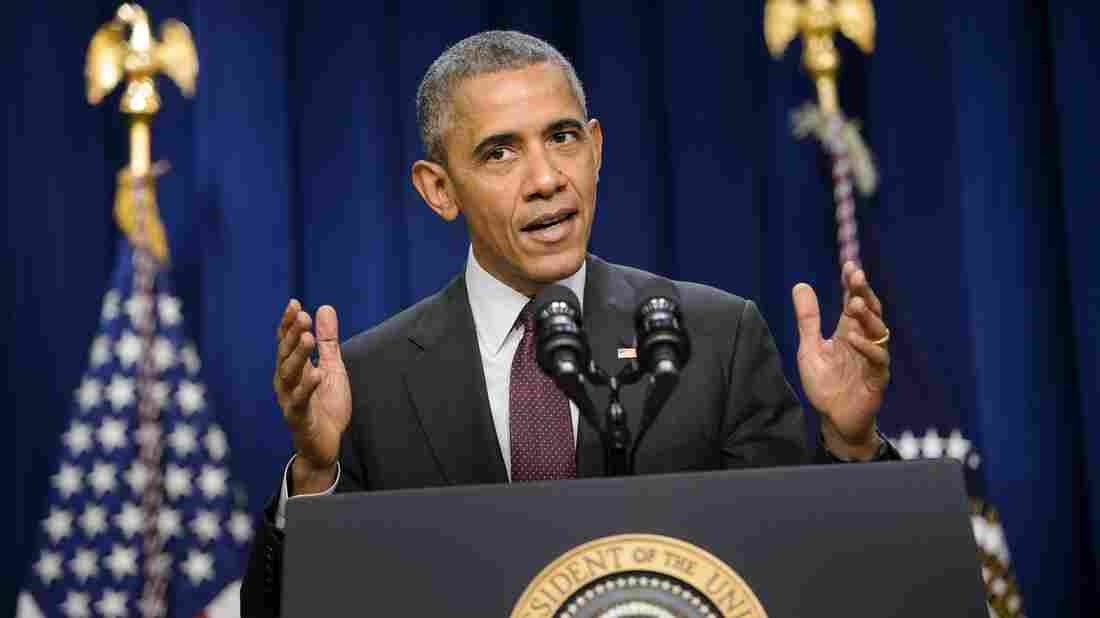 President Obama speaks about the gap in pay between men and women on Friday, as he introduced a new proposal that would require large companies to disclose data about employee pay by race, gender and ethnicity. Brendan Smialowski/AFP/Getty Images hide caption 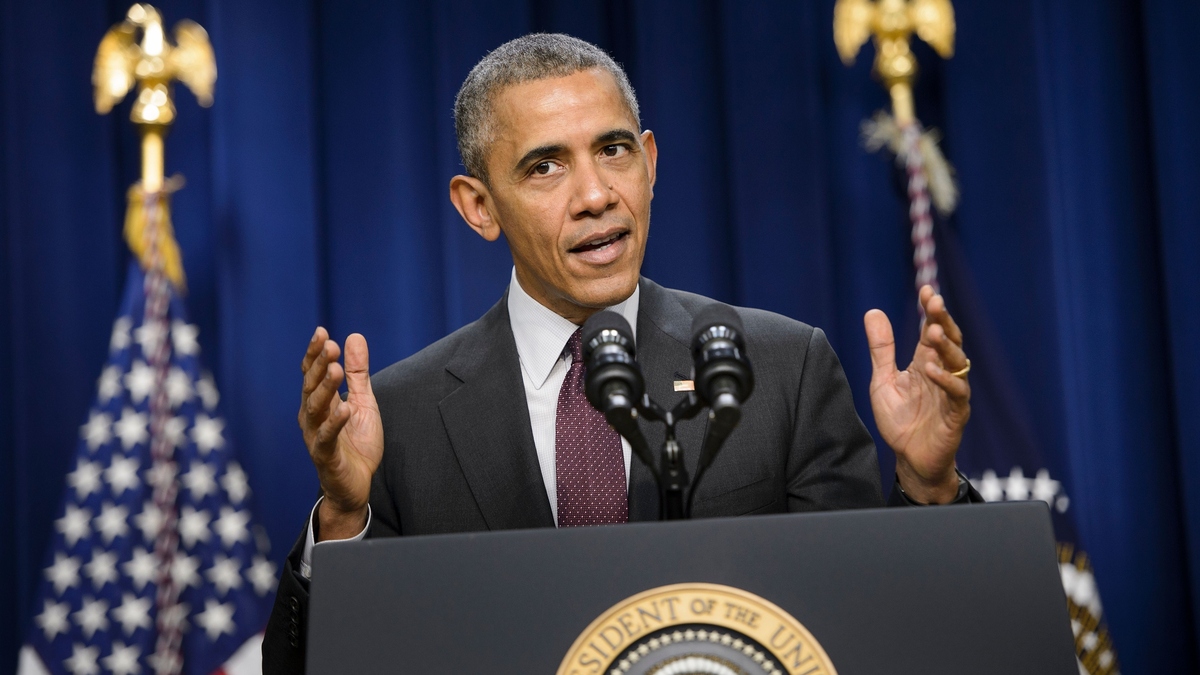 President Obama speaks about the gap in pay between men and women on Friday, as he introduced a new proposal that would require large companies to disclose data about employee pay by race, gender and ethnicity.

The Obama administration is proposing a new rule to address unequal pay practices by requiring companies with more than 100 employees to submit salary data by race, gender and ethnicity.

The announcement comes seven years after President Obama signed the Lilly Ledbetter Fair Pay Act — his first piece of legislation as president — which makes it easier for women to challenge discriminatory pay in court.

But a stubborn, substantial pay gap between men and women persists, and it affects black and Latina women the most, Obama said Friday as he introduced the proposal. The president said he would continue to work to reduce the gap as long as he was in office.

How The Gender Pay Gap Has Changed (And How It Hasn't)

"Social change never happens overnight," he said. "It is a slog and there are times when you just have to chip away and chip away. ... It's reliant on all of us to keep pushing that boulder up the hill."

Collecting more data would assist in enforcing equal pay laws, the administration says, and "provide better insight" into the gender pay gap across industries and occupations.

The proposed pay data reporting requirement would cover more than 63 million employees, according to the administration. It's expected to be finalized by September, with the first reports due in the fall of 2017.

NPR's Scott Horsley explained to our Newscast unit that the proposed rule is an expansion of both existing data-reporting laws and a previous equal pay proposition:

"The Equal Employment Opportunity Commission already collects data from big employers about the ethnic, racial and gender makeup of their workforce. Now, the EEOC wants employers to add pay information as well. ... The proposed EEOC rule is more expansive than an earlier proposal that would have applied only to federal contractors."

5 Takeaways From The Equal Pay Debate

The White House also called for states and employers to take action on their own to promote equal pay.

Last year, for instance, California Gov. Jerry Brown signed an equal pay law that puts the burden of proof on an employer to prove a wage gap between a male and female employee is justified by seniority or merit. It requires companies to pay the same rate for "substantially similar" work, such as janitorial work and housekeeping.

In repeating the call for equal pay, the White House noted that the median wage of full-time female workers in America is 79 percent of a man's median earnings. That's a slight bump up from the 77-cents-on-the-dollar statistic, based on older numbers, that the White House has often alluded to before.

The comparison of median earnings is sometimes criticized as a crude metric for the gender pay gap. Economists have found that if you control for a host of factors, the pay gap is smaller — but persistent. The gap varies widely based on a woman's age and her race. It also shifts depending which industry you look at.

Requiring large employers to report their pay data, the administration argues, would allow "better insight" into exactly how the pay gap is influenced by industry and occupation.

Lilly Ledbetter, the namesake of the law signed seven years ago, introduced Obama on Friday and praised him for "not resting on his Ledbetter laurels."

Ledbetter sued her employer, Goodyear, over the difference between her pay and her male colleagues' pay.

"Almost two decades into my Goodyear career, I learned from an anonymous note that I had been earning thousands of dollars less than my male co-workers who were doing the same job as me," she said Friday.

"Nobody wants to be the poster child for unequal pay for equal work, but spurred on by that note, that's exactly what happened to me," she said.

Her suit against Goodyear made it all the way to the Supreme Court — where it was rejected because she didn't report the discrimination when it began, even though she didn't know about the disparity when it started. That was the impetus for the law that bears her name, which allows employees receiving unfair pay more time to bring a lawsuit.

"I may have lost my personal battle, but I will not lose this war," Ledbetter said Friday.