Accessibility links
Zika Virus Spurs Concerns Over Summer Olympic Games In Rio : The Two-Way The International Olympic Committee is sending an advisory to participants on how to deal with the mosquito-borne virus. The games in Rio de Janeiro begin in 189 days. 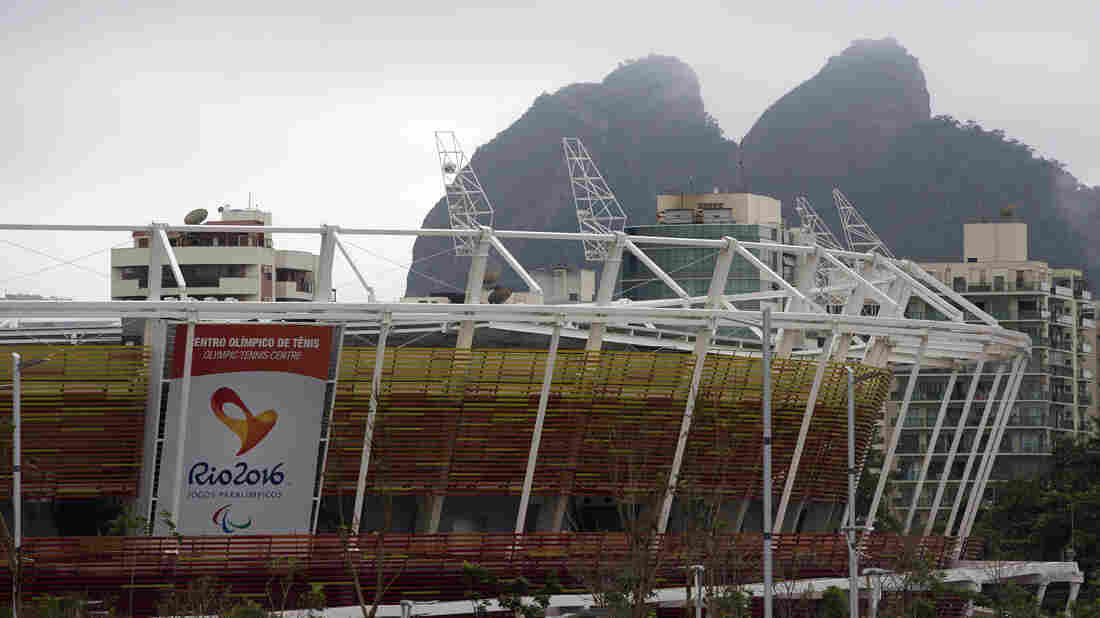 This is a partial view of the tennis center at Olympic Park in Rio de Janeiro. The International Olympic Committee is sending an advisory to participants in the 2016 Summer Games on how to deal with the mosquito-borne Zika virus. Leo Correa/AP hide caption 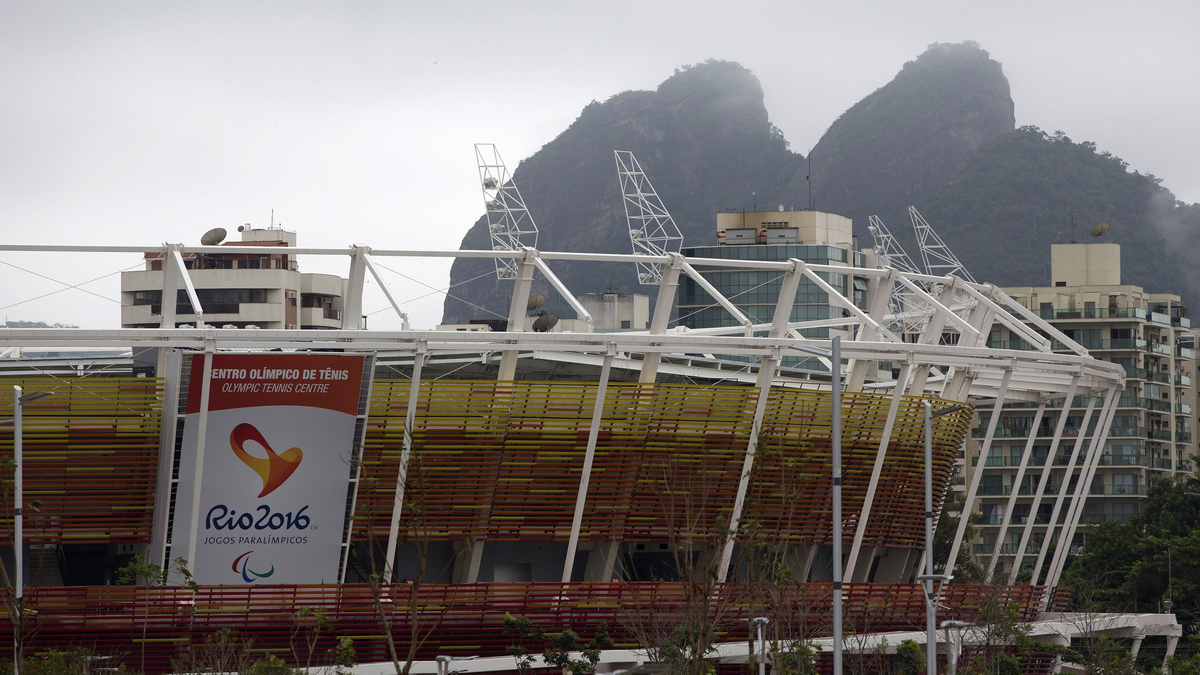 This is a partial view of the tennis center at Olympic Park in Rio de Janeiro. The International Olympic Committee is sending an advisory to participants in the 2016 Summer Games on how to deal with the mosquito-borne Zika virus.

The spread of the Zika virus is raising concerns about the Summer Olympics in Rio de Janeiro, which are only 189 days away.

NPR's Lourdes Garcia-Navarro reports that the International Olympic Committee is sending an advisory about the mosquito-borne virus to competitors. Here's more from Lourdes:

"The IOC says it will send advice on how to deal with the Zika virus to all the national committees. ... There is concern that the virus — which is spreading rapidly in the region and is possibly linked to brain damage in infants — could effect both athletes and visitors.

"The government is also doing daily inspections of Olympic facilities here. This is only the latest bad news for the Games, which have already seen huge budget cuts because of the economic crisis in Brazil."

Rio de Janeiro's mayor says there is no cause for concern. That's because, as Lourdes reports, "the games will be held in the cooler and drier winter months when the mosquito population is naturally lower."

And the IOC's medical commission says, "We remain confident that there will be a safe environment for successful and enjoyable Olympic Games in Rio de Janiero."

"Some 10,000 athletes will be competing at the Aug. 5-21 Games with tens of thousands more staff, officials and media attending the world's biggest sporting event, apart from the hundreds of thousands of spectators and visitors in the Brazilian city.

" 'A plan has already been put in place for the Games venues in the lead-up to and at Games time, which will see them inspected on a daily basis in order to ensure that any puddles of stagnant water — where the mosquitoes breed — are removed, therefore minimising the risk of athletes and visitors coming into contact with mosquitoes,' the IOC said."

Ticket sales have been slow so far, and "organizers are scaling back everywhere, cutting about $500 million in expenses to balance the operating budget of 7.4 billion reals ($1.85 billion)," the AP reported this month.

The Zika virus, which has symptoms that are typically mild, may be linked to birth defects, including microcephaly.

Researchers are trying to determine the extent that a major international event such as the Olympics could contribute to the spread of the virus. That's because "the virus can be carried in a person's blood to a new country, then passed along to others by mosquito bites," The New York Times reports.

Visitors from the Northern Hemisphere will be returning to their home countries in the summer months, when mosquito populations are largest.

"There have been no discussions about canceling the games or moving them to another city because of Zika," a spokesman for the Rio Olympics organizing committee tells the Times.