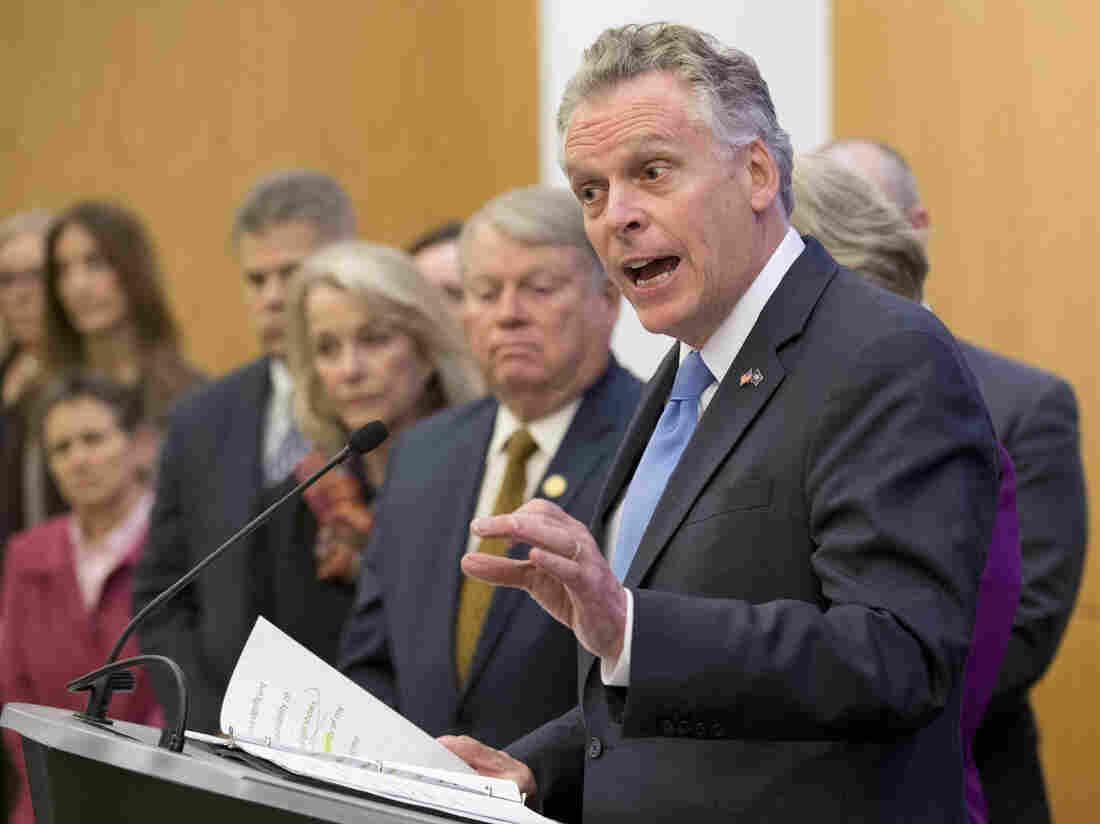 Virginia Gov. Terry McAuliffe is joined by members of the House and Senate as he announces a compromise on a set of gun bills at the Capitol in Richmond, Va., on Friday. Steve Helber/AP hide caption 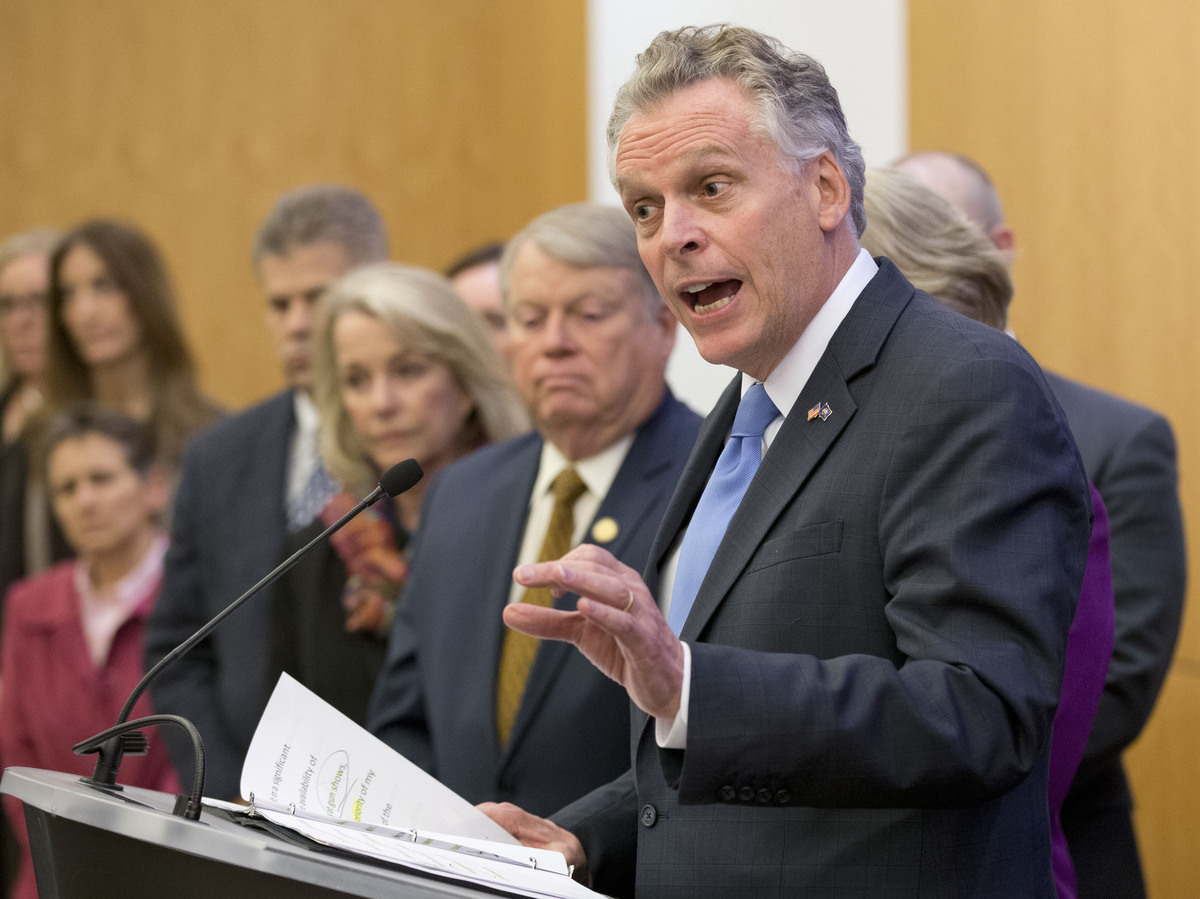 Virginia Gov. Terry McAuliffe is joined by members of the House and Senate as he announces a compromise on a set of gun bills at the Capitol in Richmond, Va., on Friday.

Virginia Gov. Terry McAuliffe and state Republican leaders have announced a rare bipartisan compromise on gun laws for the state.

McAuliffe, who is a Democrat, tells reporters that "the balance of this deal changes Virginia law permanently in ways that would keep guns away from people who would use them for harm."

It reverses Virginia's recent decision to stop recognizing concealed-handgun permits from 25 states that have less stringent gun permit laws. That decision had been announced by Virginia Attorney General Mark Herring in December and had not yet taken effect.

In exchange, the deal requires state police "to be present at every firearms show in the Commonwealth to perform background checks on a voluntary basis." It also prevents anyone with a protective order for domestic abuse from possessing a firearm.

"Protecting reciprocity for Virginia's law-abiding citizens was a major priority for the House of Delegates," Republican Speaker William Howell says in the press statement. "We are also sending a clear signal about the mutual willingness of both parties to protect victims of domestic violence."

Now, the proposals that make up this deal will go to the Republican-controlled General Assembly for approval, the Associated Press reports.

Democratic House Leader David Toscano calls it a step in the right direction, member station WAMU reports. "Hopefully, with this arrangement we have, this deal, we may have greater protections for abused spouses who might have to worry about serious physical harm perpetrated by their abuser."

But the deal has drawn criticism from some gun control advocates, like the Coalition to Stop Gun Violence.

"Just days ago, Virginia Governor Terry McAuliffe stood with us at a vigil for victims of gun violence at the State Capitol and bragged about his administration's aggressive new approach to confronting the National Rifle Association," the Coalition says in a post on its Facebook page. "Now he's preparing to cave to them in a strange backroom deal."