At the Australian Open on Saturday, in her first Grand Slam final, Angelique Kerber pulled off a stunning win over Serena Williams. On Sunday, Novak Djokovic beat Andy Murray to win his sixth Australian Open, and the 11th Grand Slam title of his career.

Kerber's win in the women's tournament was a huge upset, as Howard Bryant told NPR's Scott Simon on Saturday. Williams, the world's top-ranked female tennis player, looked like she was headed for victory:

"Serena Williams went the entire tournament without dropping a set. She dominated. She looked like she had come back after losing the U.S. Open last year to Roberta Vinci," Bryant said.

But the final game belonged to Kerber, a German athlete who has been among the sport's top 10 players for four years, Bryant says. Saturday's game was Kerber's first grand-slam final — and then her first title, in a 6-4, 3-6, 6-4 win. 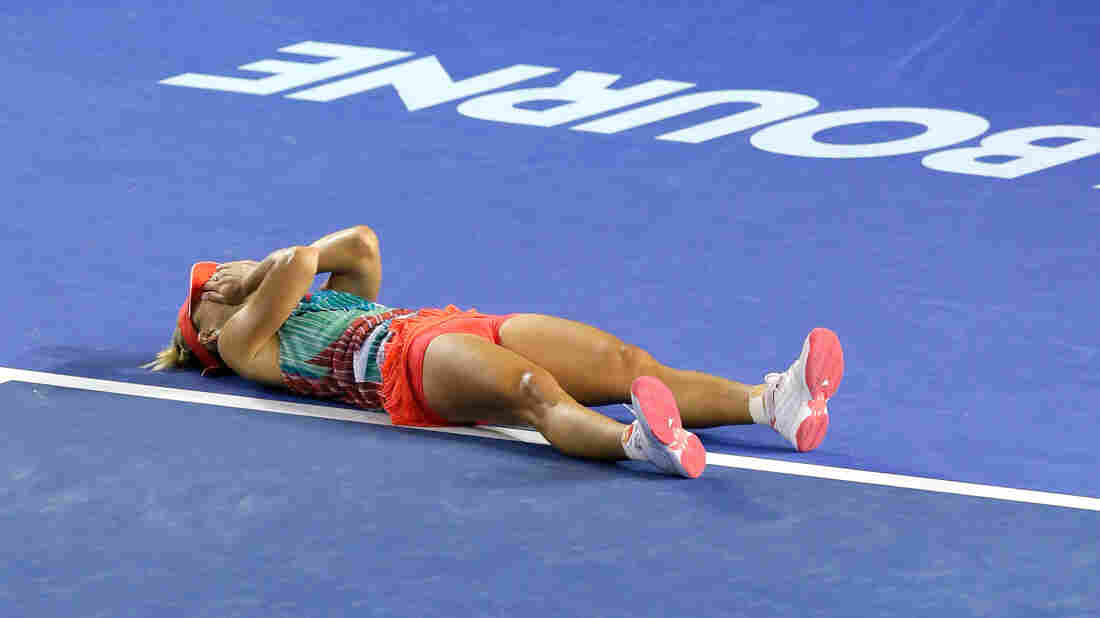 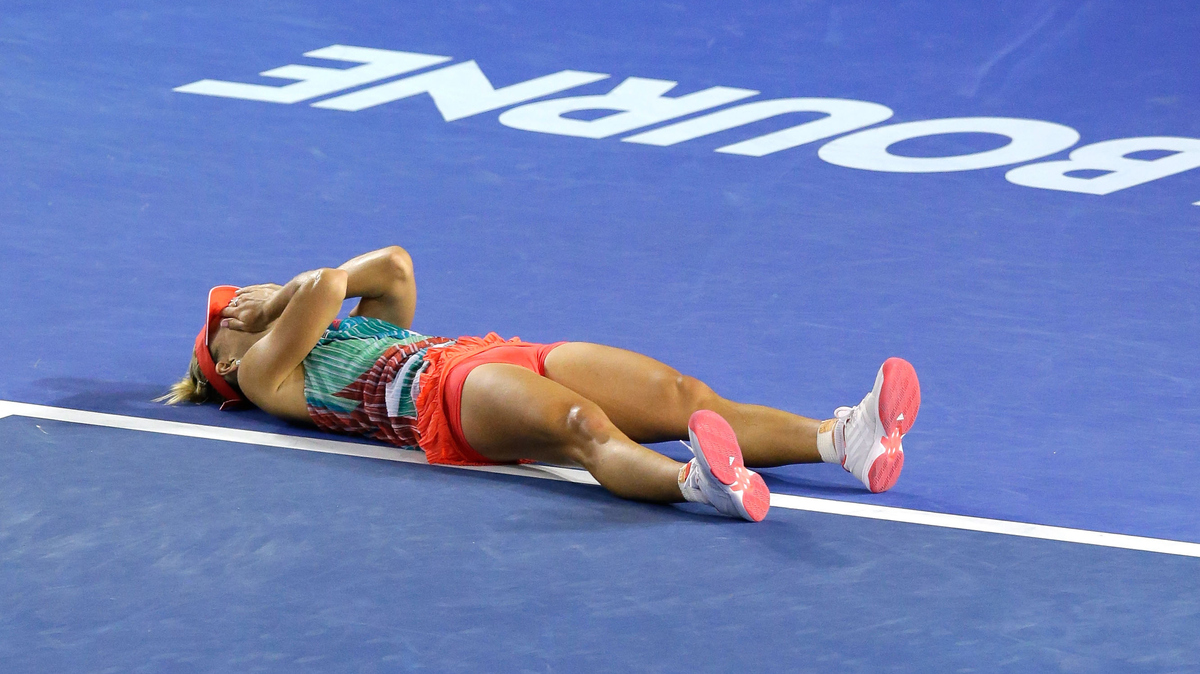 Angelique Kerber of Germany celebrates winning the Women's Singles Final against Serena Williams during the 2016 Australian Open on Saturday.

On Sunday, Djokovic, the world No. 1 in men's tennis, beat Andy Murray 6-1, 7-5, 7-6. It's the Serbian's sixth Australian Open victory and continues a perfect streak — he's won every final he's ever played in that tournament.

For Murray, it was the fifth Australian Open final where he fell short of victory — and the fourth time the Scottish player lost the tournament to Djokovic.

In an emotional speech after the game, Murray thanked his wife — pregnant with their first child, and approaching her due date — and vowed to be on the first plane home.

The tournament was partially overshadowed by an investigative report, published by the BBC and Buzzfeed two weeks ago, alleging widespread match-fixing and corruption in tennis, as Laura Wagner reported for the Two-Way at the time:

"The report — based on information from a 'cache of leaked documents' from a 2008 probe commissioned by tennis authorities, the statistical analysis of 26,000 tennis matches and betting information from 2009 through 2015 — alleges that some players were paid to throw matches and that tennis officials did not act on the findings. The report says there is evidence that 'winners of singles and doubles titles at Grand Slam tournaments are among [a] core group of 16 players who have repeatedly been reported for losing games when highly suspicious bets have been placed against them.'

"The report also accuses the Tennis Integrity Unit, which was created following the 2008 probe, of not sufficiently pursuing and prosecuting allegations of match-fixing. Top tennis officials have categorically denied this."