Accessibility links
Boko Haram Attacks Village In Nigeria; Dozens Reportedly Dead : The Two-Way A survivor told The Associated Press he heard the screams of children as militants firebombed the village of Dalori. It was the third attack this week suspected to have been carried out by the group. 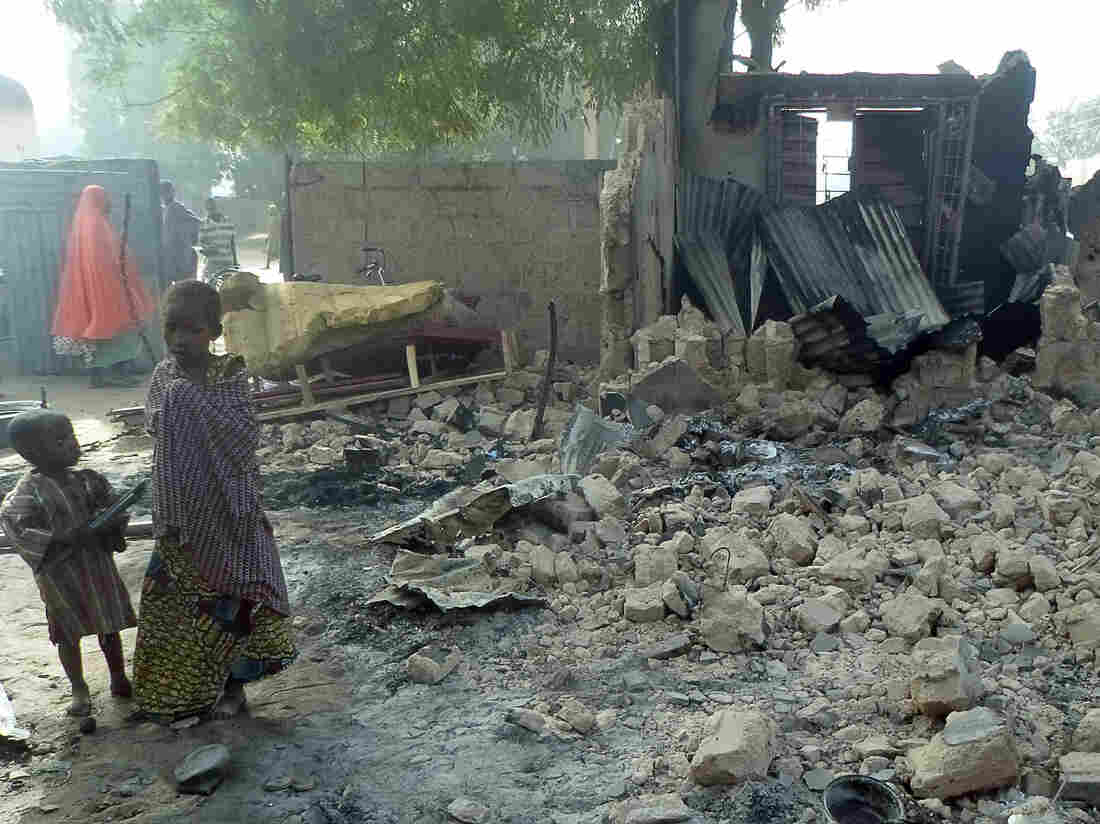 Children stand near the rubble of a burnt house after Boko Haram attacks at Dalori, in northeastern Nigeria, on Sunday. Stringer/AFP/Getty Images hide caption 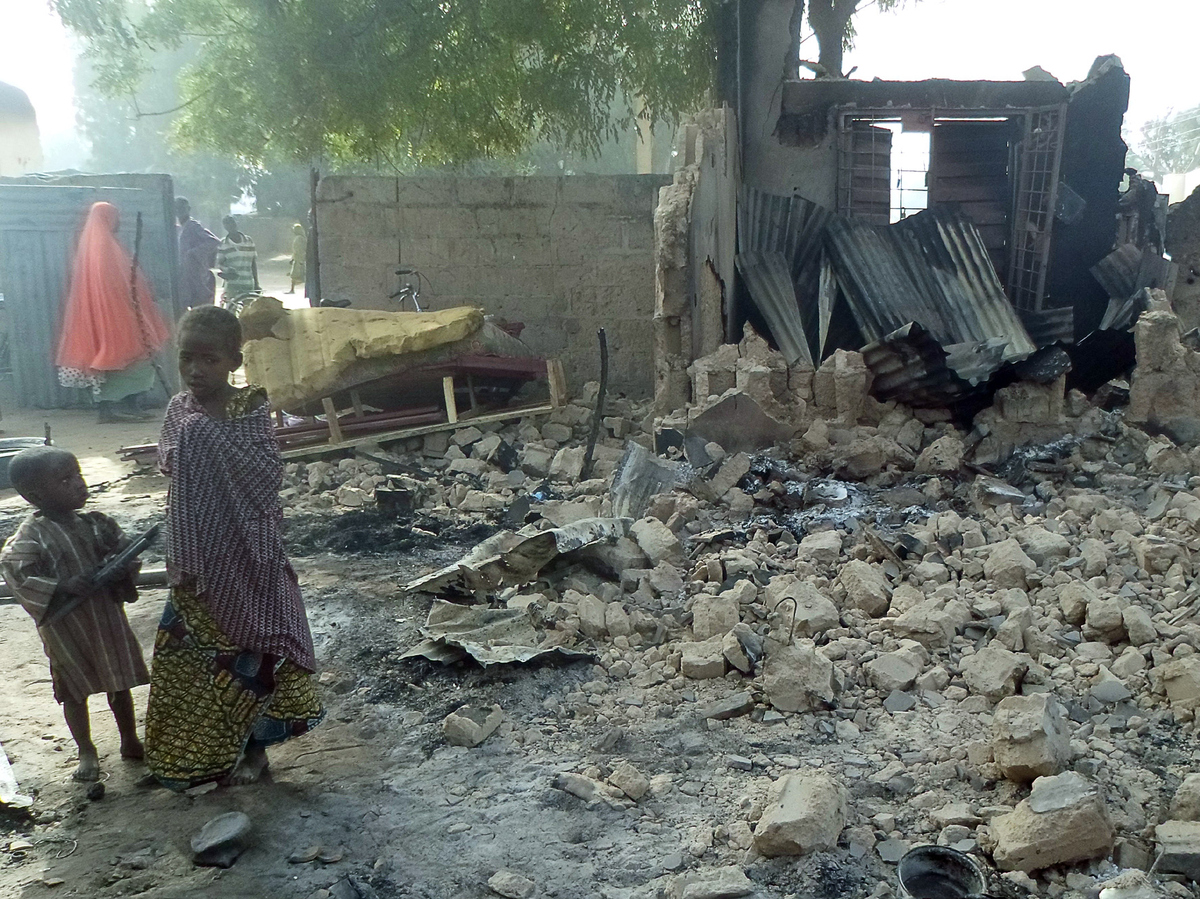 Children stand near the rubble of a burnt house after Boko Haram attacks at Dalori, in northeastern Nigeria, on Sunday.

An attack by Boko Haram on a village in northeastern Nigeria killed at least 65 people on Saturday night, according to Reuters.

A Nigerian military spokesman told the wire service that Boko Haram militants attacked the village of Dalori, near the city of Maiduguri in Nigeria's northeast.

The initial death toll was provided by a Reuters reporter who counted bodies, burnt beyond recognition, at a hospital morgue. The Associated Press, citing a local official, reports the death toll much higher, at 86 people.

A survivor of the attack, Alamin Bukura, spoke to The AP by phone.

He told the AP he hid in a tree while Boko Haram militants firebombed huts, and heard children screaming as people were burned to death. Weeping, he said the carnage lasted for four hours, and that several of his family members were killed or wounded.

The gunfire and flames weren't the end of the attack, the AP writes:

"The violence continued as three female suicide bombers blew up among people who managed to flee to neighboring Gamori village, killing many people, according to a soldier at the scene who insisted on anonymity because he is not authorized to speak to journalists," the AP writes.

Soldiers arrived Saturday night, the AP says, but couldn't initially overcome the better-armed Boko Haram militants. Survivors told journalists the response was too slow, and say they fear another attack.