Accessibility links
Teens Arrested In Mass Shooting At Seattle Homeless Camp : The Two-Way Police have arrested three teenagers — ages 13, 16, and 17 — who are believed to have carried out last week's deadly attack on a homeless camp that's known as "The Jungle." 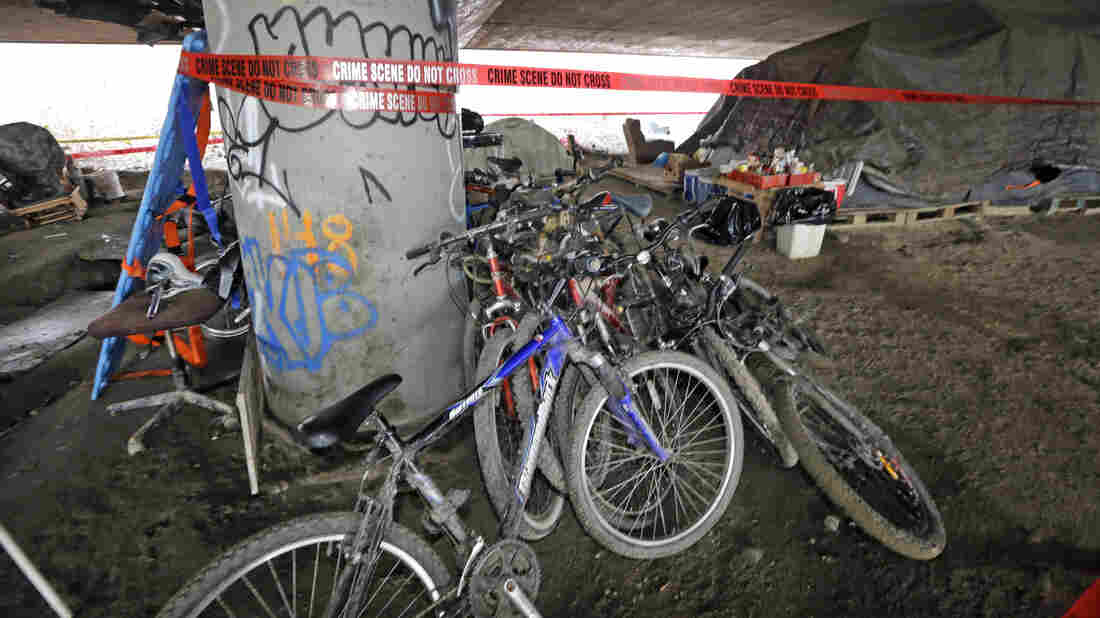 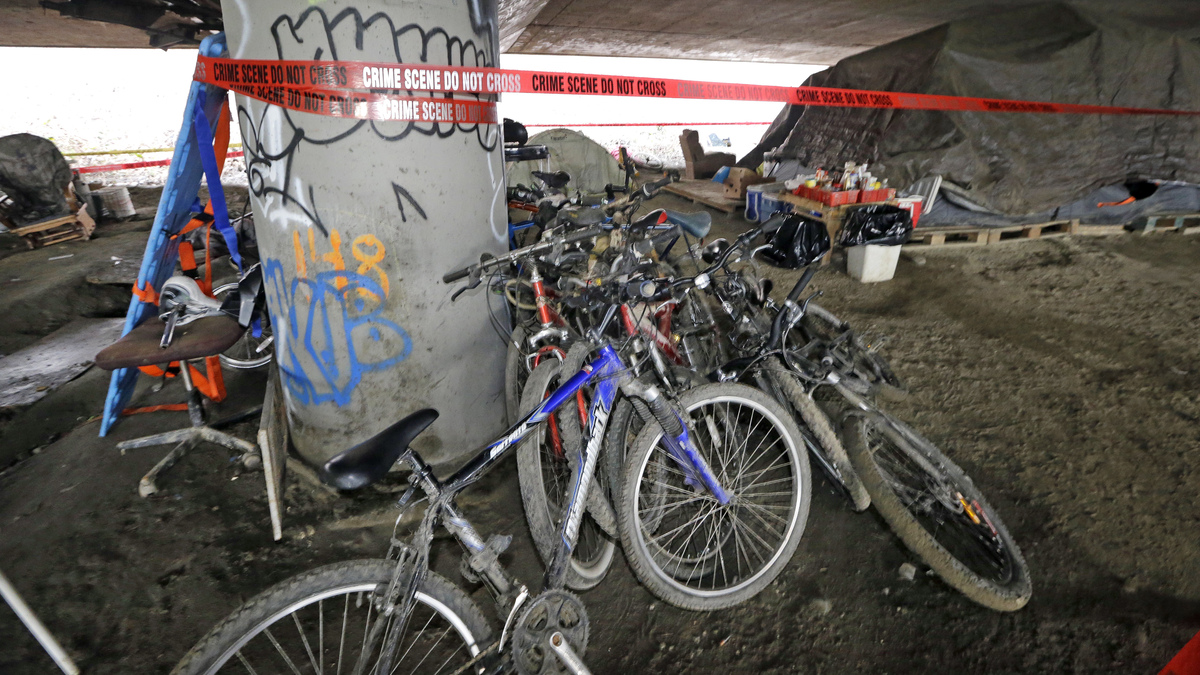 The area under Interstate 5 in Seattle where a shooting took place last week. Police say they've arrested three teenagers in the case.

Police have arrested three teenagers — ages 13, 16, and 17 — who are believed to have carried out last week's deadly attack on a homeless camp in Seattle known as "The Jungle." Two people were killed in the shooting; three more were hospitalized.

Last week, the authorities said they believed the victims were targeted; today, the AP reports that the police think the crime "stemmed from a drug-dealing dispute."

Seattle police say that its SWAT, homicide and gang units executed warrants related to the case Monday afternoon. A gun that was recovered will be tested to determine whether it matches ballistic evidence from the crime scene.

Last week, Seattle Mayor Ed Murray called the area where the crime took place "unmanageable and out of control."

Member station KUOW reported on the swath of land, where people camp:

"The Jungle's given name is the East Duwamish Greenbelt, but no one calls it that. It's been The Jungle since the 1930s, when the city's Hooverville shantytown extended to this stretch of woods. Such shantytowns were called hobo jungles, and The Jungle is believed to have retained its name.

"Interstate 5 has since moved in, providing both shelter from the rain and noise."