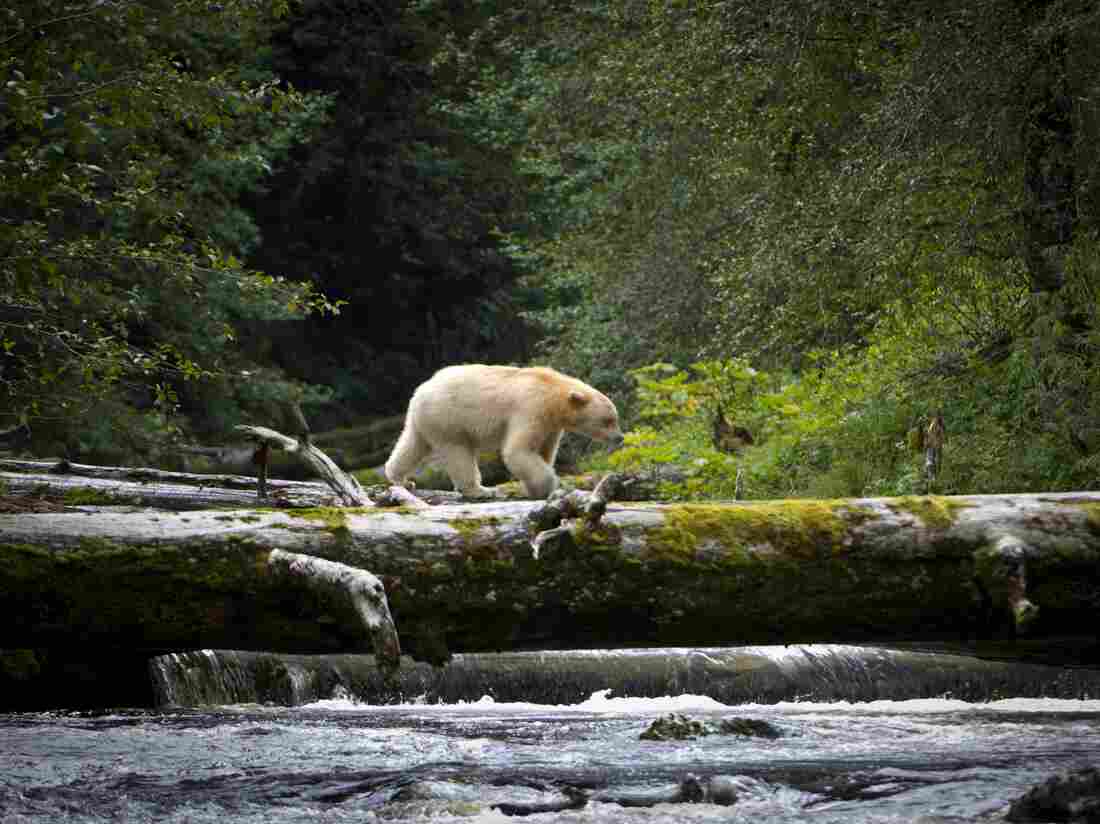 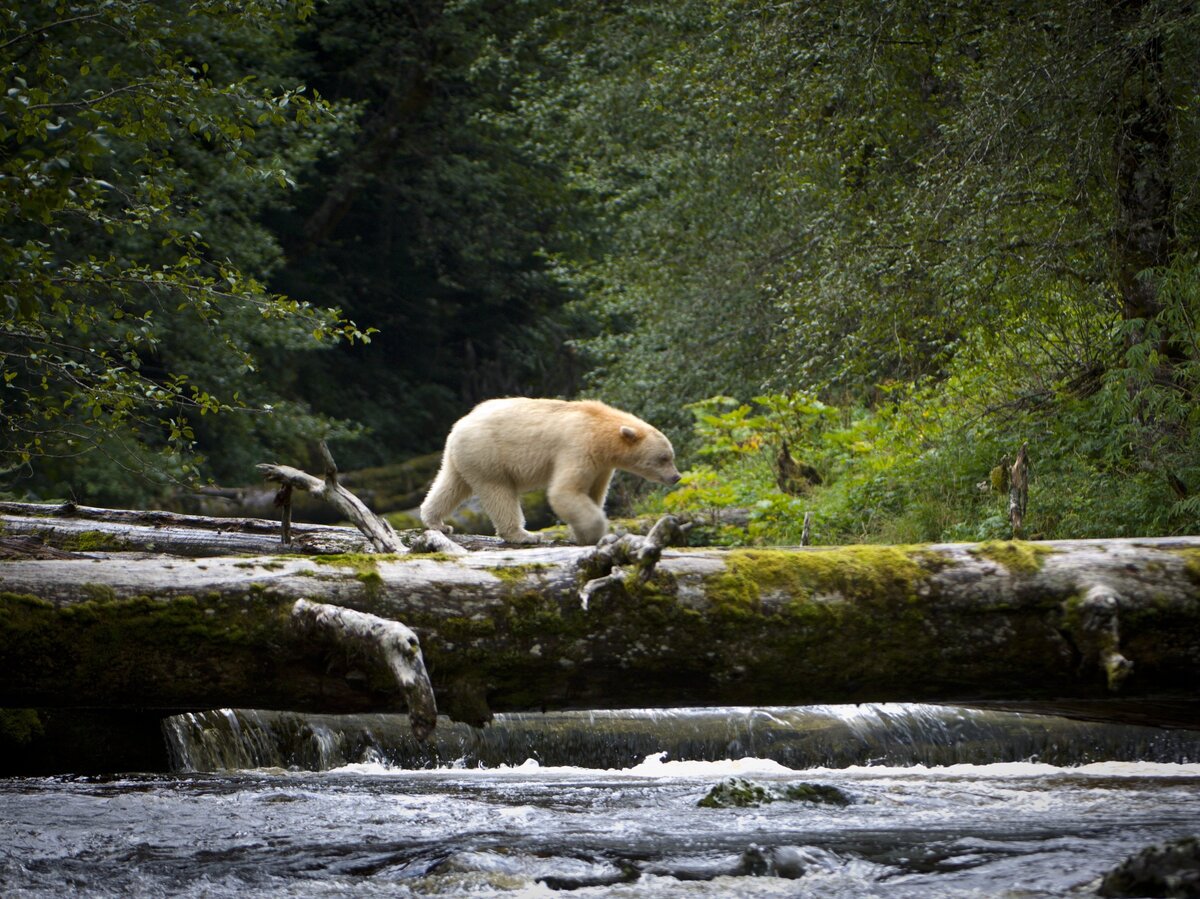 An adult spirit bear crosses a fallen log over a stream in the Great Bear Rainforest in British Columbia.

A landmark deal 10 years in the making will protect 9.1 millions acres of Canadian rain forest on the Pacific Coast of British Columbia.

The protected area in the Great Bear Rainforest is about half the size of Ireland.

The remaining 15 percent of the forest will be "available for logging, supporting local jobs," a press statement from the British Columbia government says. The CBC says logging will be permitted there "only under conditions described as the most stringent in North America."

The Great Bear Rainforest "represents the largest tracts of intact temperate rainforest on Earth," according to CBC.

The Canadian broadcaster describes how Monday's agreement arose out of conflict:

"The agreement to protect the region was first announced 10 years ago, following a period of deep conflict between First Nations and timber firms over old growth logging that made headlines worldwide, and led to commercial pressure to avoid products sourced in the area.

"A coalition between forestry companies and environmental groups was formed in 2000 in an attempt to resolve the conflict, with both logging and boycott campaigns suspended voluntarily in 2001. At the same time, parallel talks were taking place between the province and indigenous leaders.

"An agreement between all parties to protect the forest was announced in 2006, leading to a decade of discussions and negotiations before that agreement could be fulfilled." 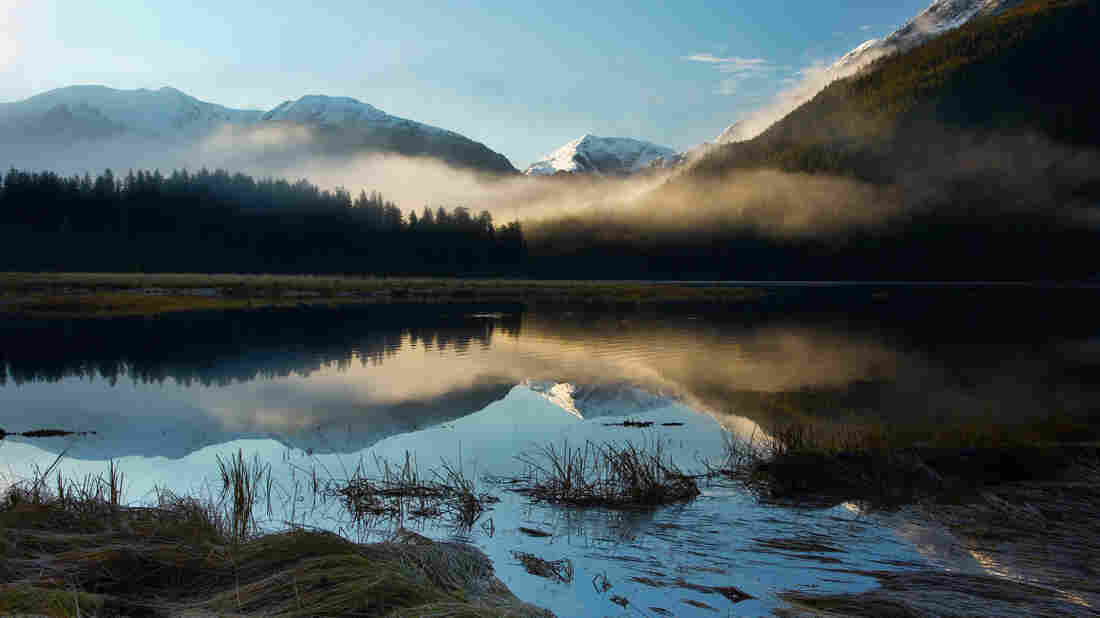 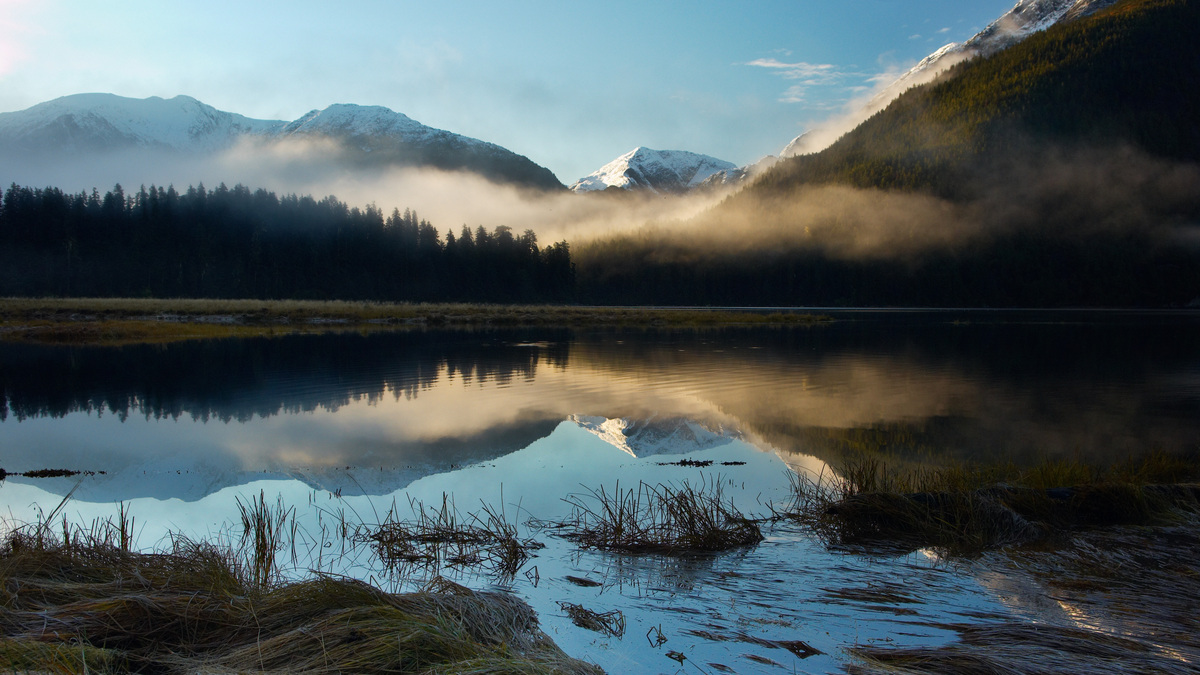 Foggy morning in the Great Bear Rainforest of British Columbia.

There are 26 First Nations in the forest area, the Globe and Mail reports. Chief Marilyn Slett is the leader of one such group, which she says has lived in the Great Bear Rainforest for more than 10,000 years. Here's her reaction, in the British Columbia government press release:

"Today we celebrate the restoration and implementation of responsible land, water and resource management approaches in the Great Bear Rainforest. Ecosystem-based management is the modern term which describes what we have always believed and practised: If we use our traditional knowledge to take care of our lands, waters and resources they will take care of us. Our vision for the future is one where ecosystems and potential developments in the Great Bear Rainforest are in balance."

In reaction to the decision, Jens Wieting of the Sierra Club British Columbia called the rain forest "a landscape where economic activity will again begin to align with nature's limits."

The forest is home to a rare variant of black bear that has cream-colored fur, known as a spirit bear. As National Geographic reports, "it's found almost exclusively here in the Great Bear Rainforest." Also here in this "spooky, wild, mysterious place": "Grizzlies, black bears, wolves, wolverines, humpback whales, and orcas."

I'll leave you with this happy video of a young spirit bear learning how to fish: