Accessibility links
Julian Assange Says He Will Surrender If U.N. Panel Rules Against Him : The Two-Way The WikiLeaks founder took refuge in the Ecuadorean Embassy in London in 2012. Assange faces an allegation of rape in Sweden and an outstanding warrant for his arrest.

Julian Assange Says He Will Surrender If U.N. Panel Rules Against Him

Julian Assange Says He Will Surrender If U.N. Panel Rules Against Him 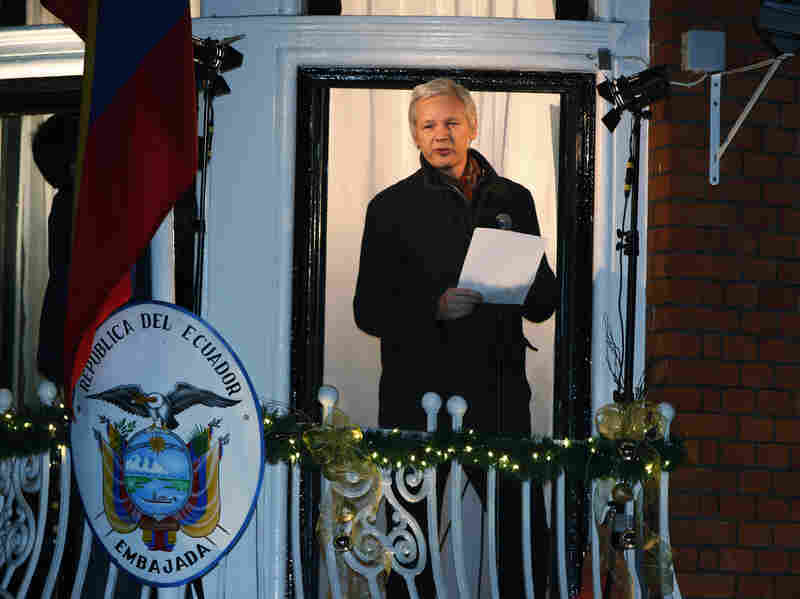 WikiLeaks founder Julian Assange reads a statement from the balcony of the Ecuadorean Embassy in central London in 2012. Assange took refuge at the embassy to avoid extradition to Sweden where he faces allegations of sex crimes, which he denies. Lefteris Pitarakis/AP hide caption 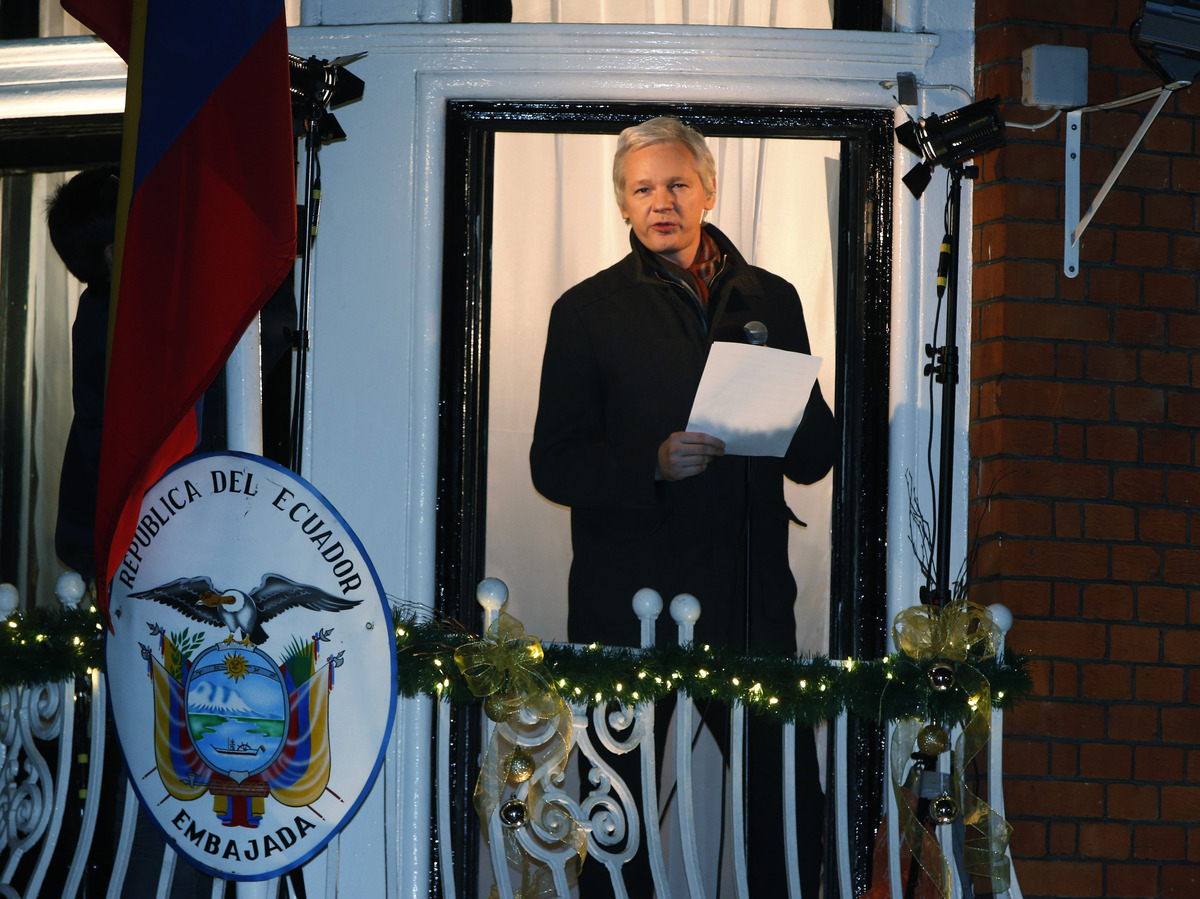 WikiLeaks founder Julian Assange reads a statement from the balcony of the Ecuadorean Embassy in central London in 2012. Assange took refuge at the embassy to avoid extradition to Sweden where he faces allegations of sex crimes, which he denies.

WikiLeaks founder Julian Assange says he will leave the Ecuadorean Embassy in London and submit to arrest on Friday if a U.N. panel rules against him. Assange had taken refuge at the embassy in 2012, seeking to avoid extradition to Sweden, where he is wanted for questioning over an allegation of rape.

In a statement posted on the WikiLeaks Twitter feed, Assange writes:

"Should the UN announce tomorrow that I have lost my case against the United Kingdom and Sweden I shall exit the embassy at noon on Friday to accept arrest by British police as there is no meaningful prospect of further appeal. However, should I prevail and the state parties be found to have acted unlawfully, I expect the immediate return of my passport and the termination of further attempts to arrest me."

The BBC was reporting that the U.N. Working Group on Arbitrary Detention has ruled in favor of Assange, and a spokewoman for Sweden's foreign ministry told The Associated Press she had seen the report and that the panel ruled Assange's detention is "arbitrary."

But that has not been confirmed by the U.N., which said the decision would be released Friday.

Assange argued to the panel that his time at the embassy constitutes arbitrary detention, saying he has been deprived of fundamental liberties including fresh air and sunlight, and access to adequate medical facilities.

A British government spokesman responded that Assange has not been detained by the U.K. but has chosen to sequester himself in the Ecuadorean Embassy, and that a European arrest warrant remains in force.

As the Two-Way has reported, "Assange, an Australian national, was ordered to be extradited to Sweden to face possible charges of sex crimes; three of those four possible charges, which date to 2010, expired in August. The most serious allegation, of rape, remains in effect."

If Assange is arrested, he could be extradited to the U.S., where he may face trial over WikiLeaks' publication of classified military and diplomatic documents, one of the largest leaks of such information in history. WikiLeaks published materials related to U.S. military activity in Afghanistan and Iraq, as well as millions of classified cables from U.S. embassies.

During his confinement at the embassy, WikiLeaks has continued to publish documents on topics such as the Trans-Pacific Partnership trade agreement.

In a 2010 commentary, Assange defended the role of WikiLeaks:

Democratic societies need a strong media and WikiLeaks is part of that media. The media helps keep government honest. WikiLeaks has revealed some hard truths about the Iraq and Afghan wars, and broken stories about corporate corruption.

U.S. politicians of both major parties have sharply criticized Assange and his methods. In 2010, Vice President Joe Biden called the Australian a "hi-tech terrorist." In 2011, former President George W. Bush cancelled an appearance in Denver because Assange had also been invited to the event, saying the WikiLeaks founder has "willfully and repeatedly done great harm to the interests of the United States."