Accessibility links
Calif. Official Says Leaking Gas Well Might Be Sealed As Soon As Next Week : The Two-Way An adviser to Gov. Jerry Brown says the well that has been leaking since October could be capped in days — sooner than the end-of-February target that had been set by the utility that owns the well. 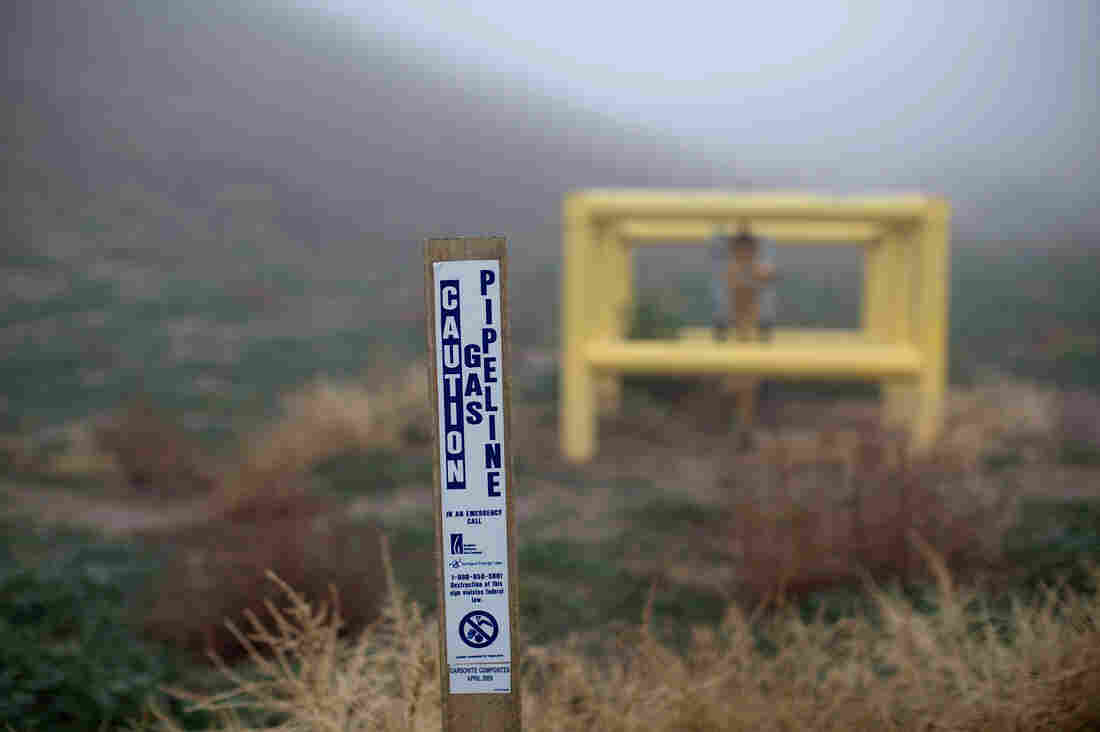 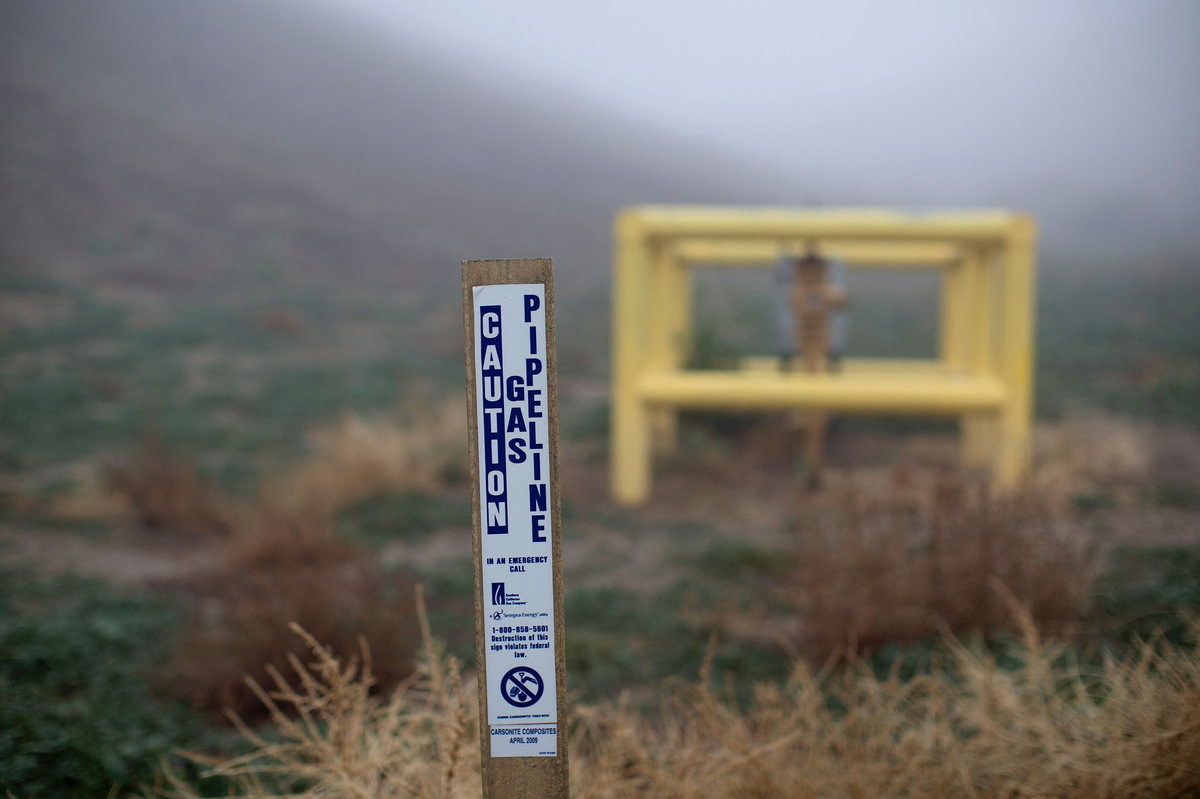 The boundary of Southern California Gas Co.'s property where the Aliso Canyon Storage Field is located.

The leaking gas storage well near the Los Angeles neighborhood of Porter Ranch might be capped earlier than originally anticipated, a state official told residents on Thursday.

Wade Crowfoot, an adviser to California Gov. Jerry Brown, said the utility that owns the well is expected to begin the final phase of the fix on Monday, The Associated Press reports. The Southern California Gas Co. is currently drilling a relief well to intercept the leaking well — and once it reaches its destination, workers should be able to seal up the leak in about five days.

That would mean the leaking well would officially be killed by the end of next week, two weeks ahead of the SoCalGas target of the end of February.

But there are some caveats. First, an "early" fix to the leaking well is hardly a fast one; the well has been leaking since late October, so a fix by the end of next week would mean it was releasing uncontrolled quantities of methane gas for 16 weeks.

And declaring success next week is hardly certain. As the Los Angeles Times puts it, the timeline is "fraught with variables."

As we've reported, the leaking well, located at the Aliso Canyon natural gas storage facility, has been spewing large quantities of the potent greenhouse gas methane into the atmosphere since late October. The gas company has been accused of negligence over the leak and faces criminal charges and civil lawsuits.

The leak also contains trace elements of other substances, such as the carcinogen benzene, as well as odorants that are added to help people detect gas leaks through smell. The odorants are known to cause headaches, nausea, nosebleeds and other ailments, but SoCalGas and state officials have said the leak shouldn't cause any long-term health issues.

That hasn't comforted many residents of the nearby neighborhood of Porter Ranch. Thousands of people have been relocated because of the leak — and many say they are deeply concerned about possible health impacts of their exposure to the leak.

On All Things Considered this afternoon, NPR's Kelly McEvers talks to one Porter Ranch family who has left the neighborhood. They're so worried, they don't want to move back once the leak is capped.

"Even though you can't see the gas, it's there. And that's the saddest part ... people don't understand it," says Christine Katz, who is concerned about her family's health after she says her 2-year-old daughter got sick and doctors couldn't figure out what was wrong. "Because it's not a mudslide, it's not an earthquake — you just don't see the devastation, but it's there."

Another Porter Ranch resident, Dhruv Sareen, hasn't relocated his family at all. Sareen, a research scientist who studies stem cells at Cedars-Sinai Medical Center, says he looked at the data and wasn't alarmed.

Tune in to All Things Considered this afternoon to hear the full story, as Kelly travels to Porter Ranch and talks to residents, a public health expert and a SoCalGas spokesman. And follow NPR's Shots blog to see more on the public health questions around Porter Ranch.