Accessibility links
#NPRreads: 4 Winning Stories To Tackle This Weekend : The Two-Way Whitney Houston's Super Bowl masterpiece, a man of many identities, the future of military food — and from The Guardian's archives, an extraordinary, gut-wrenching chronicle of the Delhi gang rape. 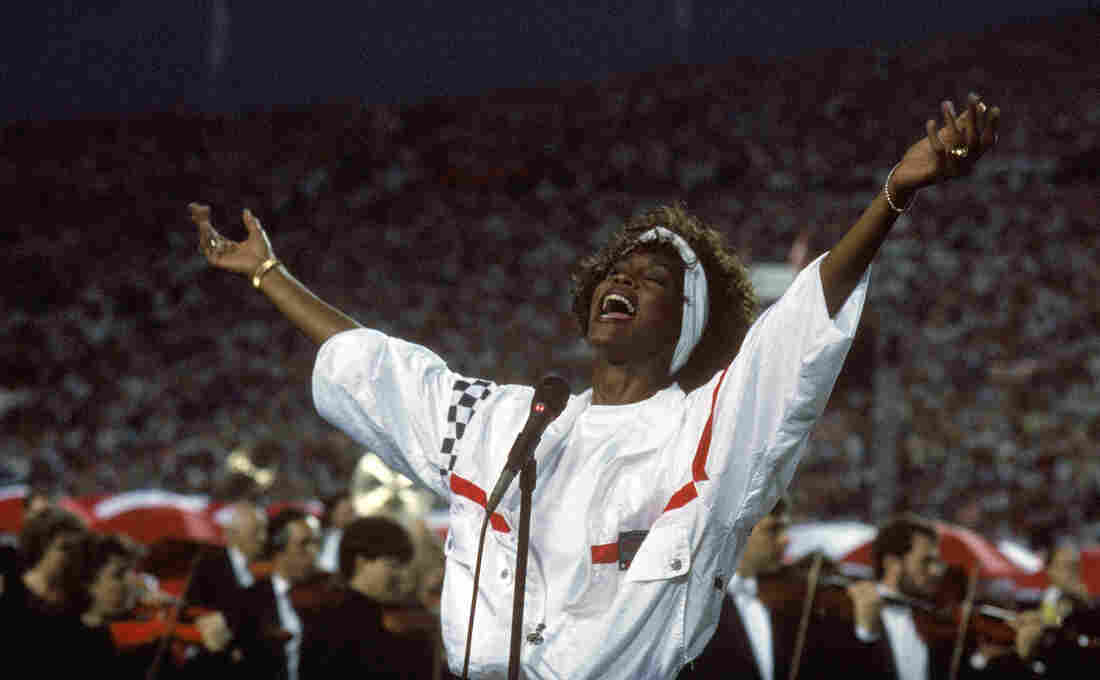 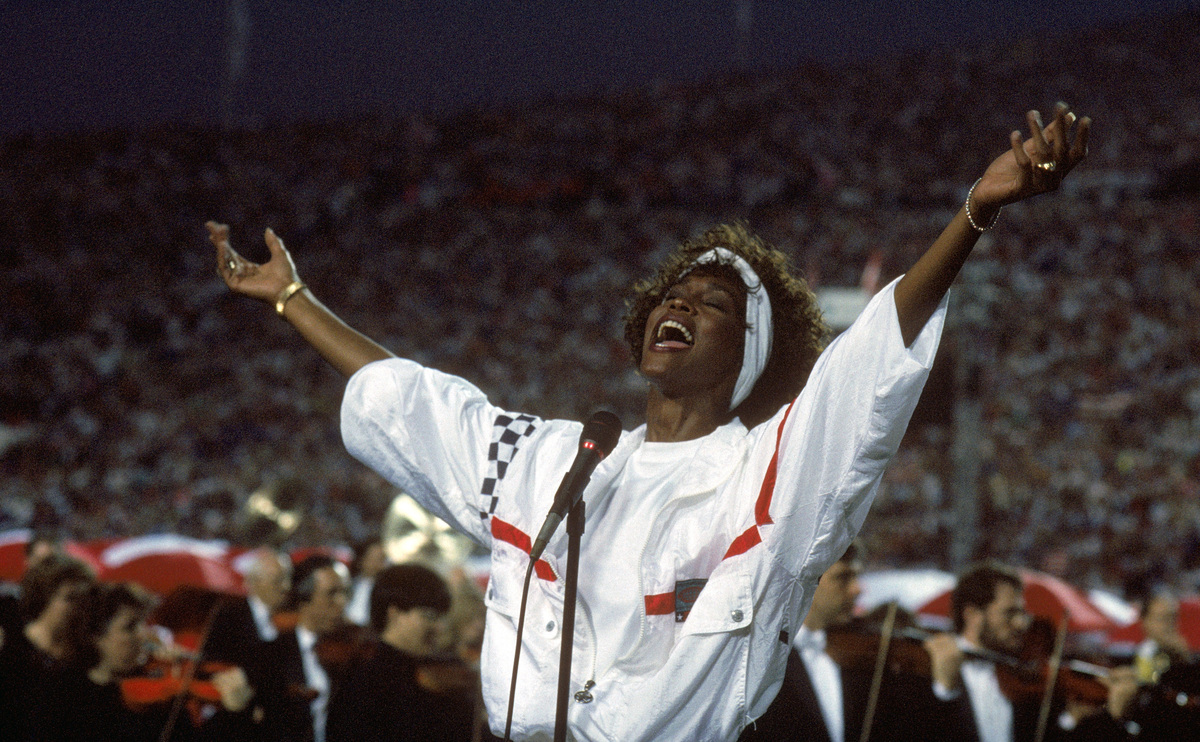 Whitney Houston sings the National Anthem before Super Bowl XXV — the New York Giants against the Buffalo Bills — at Tampa Stadium on January 27, 1991. The Giants won 20-19.

God this is so good. Can't explain it really, but feel like i read this story w/ every fiber of my being. #nprreads https://t.co/7L7zMVFXLy

Writing about music is hard. Whether the topic is good or bad, you always have to think that the reader would just rather hear the song than read words about it. In this ESPN Magazine piece looking back on Whitney Houston's iconic national anthem performance at the 1991 Super Bowl, you get to do both.

Because her rendition of "The Star Spangled Banner" is so etched in the national consciousness, you hear it as you read and watch the author, Danyel Smith, connect the dots between Whitney and that song, and black pain, and the war on terror, and just about everything else. It's all quite a feat, and it easily could have failed. Can one song, one performance, really mean so much? In short — for this song and that singer and this author — yes.

The Lives and Lies of a Professional Impostor https://t.co/OtUcT3YRTP #NPRreads -- Fascinating story.

We're often told by parents and teachers that we can "be whatever we want to be when we grow up." Compulsive con man Jeremy Wilson — at least that's the name he is currently charged under, but still might not be his real identity – seems to have taken that idea and just run with it.

The New York Times story of Wilson's 25 years spent making up lives — from a veteran of Afghanistan to a Cambridge-trained thespian — is an engrossing tale of fraud and deception.

Wilson has spent so long molding and shaping himself into different characters that even his sister says, "He doesn't know where the lies stop and the truth starts anymore."

After reading the story, you wonder about the idea of identity itself. Is it who we think we are, who we pretend to be or simply who a collection of official documents say we are?

From Eliza Barclay, a reporter and editor for NPR's Science Desk

I've long been fascinated by the work of the Army's food scientists, who are always on the cutting edge. Four years ago, I wrote about a sandwich the Army invented that can stay fresh for two years.

"By 2025, soldiers will likely be wearing a device to measure their physiological or nutritional status. The wearable may be inside the experimental "Iron Man suit" or something else, but the idea is that it would send personal data back about the soldier.

"Once the data reaches back to a base camp or field kitchen, it might show a soldier hasn't eaten enough protein today, or that they've been awake for quite a while and could use some extra caffeine. This is where the 3-d printer works its magic."

.@joannakakissis & I have been sharing some of our fav reads :: Delhi rape: how India's other half lives https://t.co/tieqnCWdc0 #nprreads

This is not an easy story to read.

Even I, an Indian-American journalist, turned away. It was my first instinct when I heard that a 23-year-old physiotherapist had been brutally gang-raped and murdered in Delhi. I wasn't ready for the details.

Soon people began taking to the streets. India and the world could no longer look away.

Nine months after the 2012 attack, The Guardian's Jason Burke chronicled the events of that evening and what followed. By the third paragraph he gutted me, describing the assailants:

"These were not serial sex criminals, psychopaths or brutalised men from the margins of society. Their backgrounds were, perhaps more worryingly, like those of tens of millions of Indian men."

By the end of Burke's reporting, you'll feel the grief and anger of a nation struggling to make sense of a senseless crime. And while debates over sexism and patriarchal attitudes flare and fade, Burke leaves us with a scene inside the victims' family home – a home given to them by the Delhi authorities. "I console myself by saying she was a good soul, set free in death," her father said.

Burke just left his post in India – he has covered south Asia for six years. All that's left to say is thank you.