Accessibility links
High-Profile Advocate Takes Leave From Papal Commission On Sex Abuse : The Two-Way Peter Saunders, a British survivor of sexual abuse by a priest, was a prominent and outspoken critic of the Vatican, pushing for more measures to protect children and punish pedophilia. 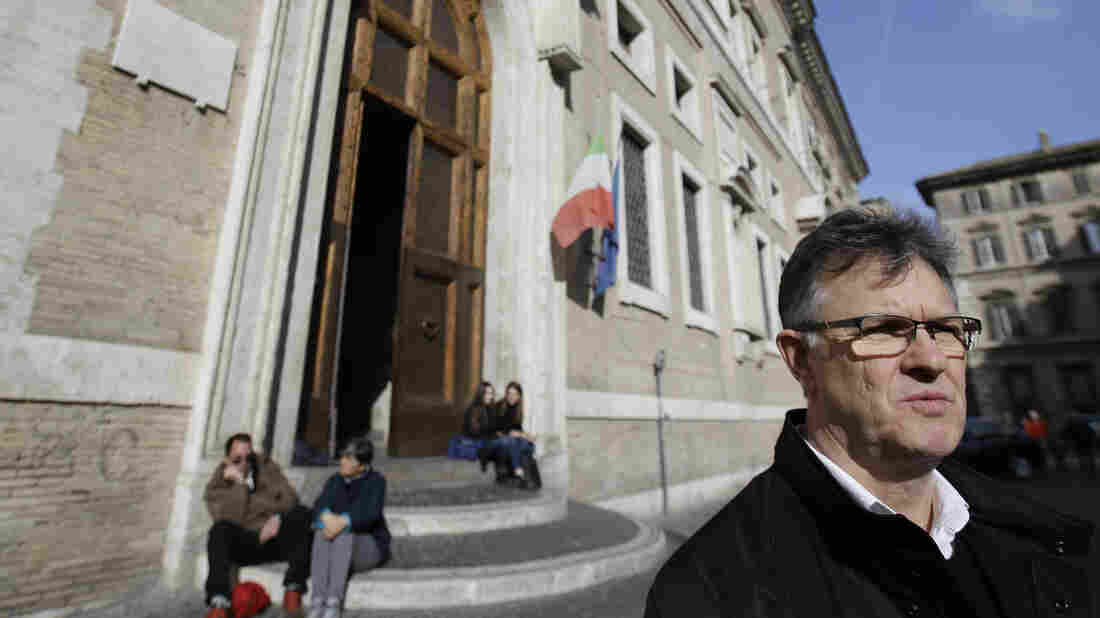 Peter Saunders, a British advocate for survivors of sexual abuse by priests, in Rome on Saturday. Saunders is a high-profile abuse survivor and critic of the Vatican — and until Saturday, was a member of Pope Francis' sex abuse advisory commission. Gregorio Borgia/AP hide caption 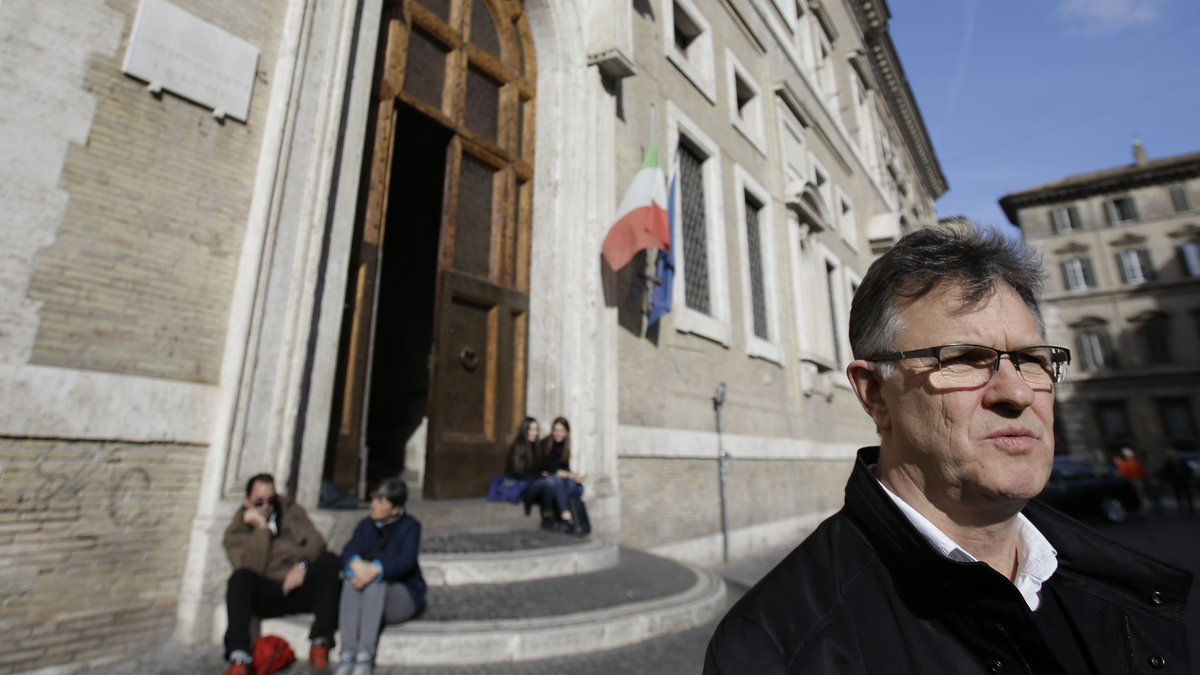 Peter Saunders, a British advocate for survivors of sexual abuse by priests, in Rome on Saturday. Saunders is a high-profile abuse survivor and critic of the Vatican — and until Saturday, was a member of Pope Francis' sex abuse advisory commission.

One of the Vatican's most prominent critics, who pushed for greater protections for children and harsher punishments for pedophile priests, has taken a leave of absence from the pope's advisory commission on clerical sex abuse.

Peter Saunders, a British survivor of sexual abuse by a priest, was appointed to Pope Francis' Commission for the Protection of Minors in 2014. The commission, which held its first full meeting in 2015, includes both clergy and lay people.

A Vatican statement Saturday said "it was decided" that Saunders would take a leave of absence to "consider how he might best support the commission's work," The Associated Press and Reuters report. The announcement came halfway through the commission's three-day meeting, scheduled for Friday through Sunday.

His departure is a blow to the pope's efforts to show he's tough on sex abuse, the AP writes. With Saunders gone, one survivor of clerical sexual abuse remains on the 16-person commission.

Saunders has openly criticized the Church hierarchy for failing to prevent or punish sexual abuse by priests. He was unafraid of challenging even the highest-ranking cardinals: last year he called for the resignation of Australian Cardinal George Pell, the Vatican's economic minister, over the decades-long abuse of Australian children.

"Saunders has also been outspoken about a case of an alleged cover-up of sexual abuse in Chile and threatened to resign from the commission over the Vatican's handling of that case," Reuters reports. "The Vatican says the commission is an advisory group and members should not make comments on individual cases."

Just this week, ahead of the commission meeting, Saunders spoke to the Los Angeles Times about his frustration with the slow pace of change at the Vatican.

"The last meeting in October was a non-event," Saunders said. "I was told that Rome was not built in a day, but the problem is that it takes seconds to rape a child."

He called for the pope to personally attend this weekend's meeting, saying it would be "outrageous" for him to be absent.

Last year NPR's Sylvia Poggioli reported on the commission's first full meeting, where the members drew up recommended sanctions for bishops who conceal sexual abuse by priests. At the time, Saunders seemed to foresee his own departure:

"Saunders, who was abused as a child for more than five years by two priests, is a member of the commission. He's aware that by thinking in terms of centuries rather than years, the Catholic Church operates in a different time dimension from the rest of the world. But he urged speedy action, 'because when it comes to time, children only get one stab at childhood.'

"While several Bishops' Conferences have developed strict guidelines on how to deal with pedophile priests — including reporting them to civilian authorities and expelling them from the priesthood — Saunders said no such policies have been drawn up against bishops who fail to apply zero-tolerance policies.