Accessibility links
Wanna Place A Bet? From Breweries To Symphonies, The Game Is On : The Two-Way After Super Bowl 50, will the Colorado Symphony Orchestra be playing "Sweet Caroline"? Or will a Charlotte, N.C., brewery employee be getting a Broncos-themed tattoo?

Wanna Place A Bet? From Breweries To Symphonies, The Game Is On

Wanna Place A Bet? From Breweries To Symphonies, The Game Is On 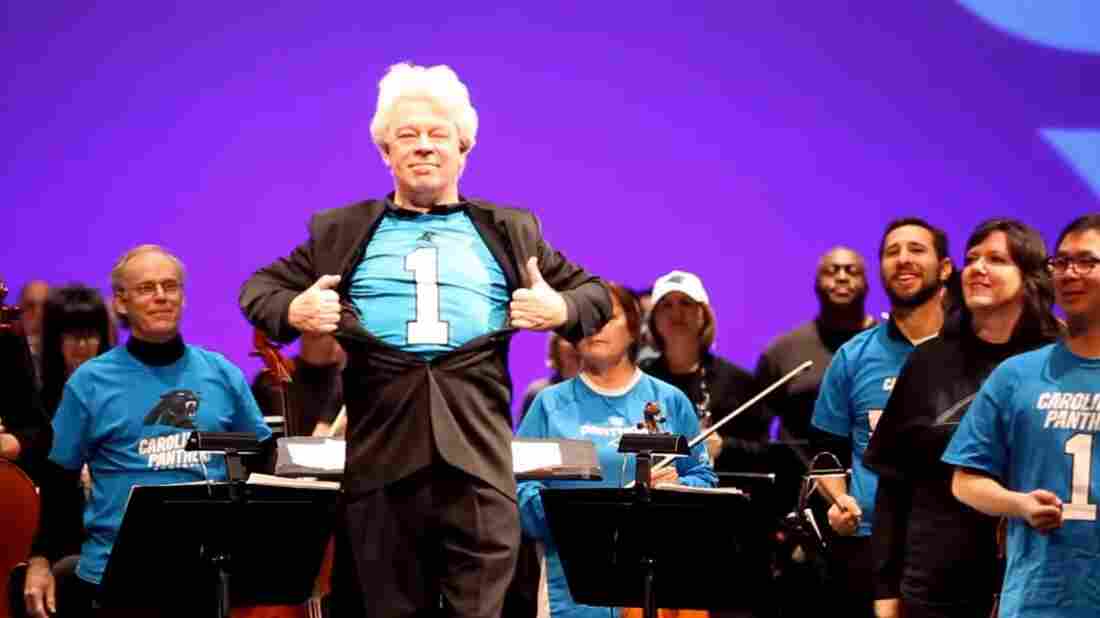 This is Super Bowl coverage from NPR. Of course we'll seize the opportunity to use a photo of a symphony orchestra. Charlotte Symphony/YouTube/Screenshot by NPR hide caption 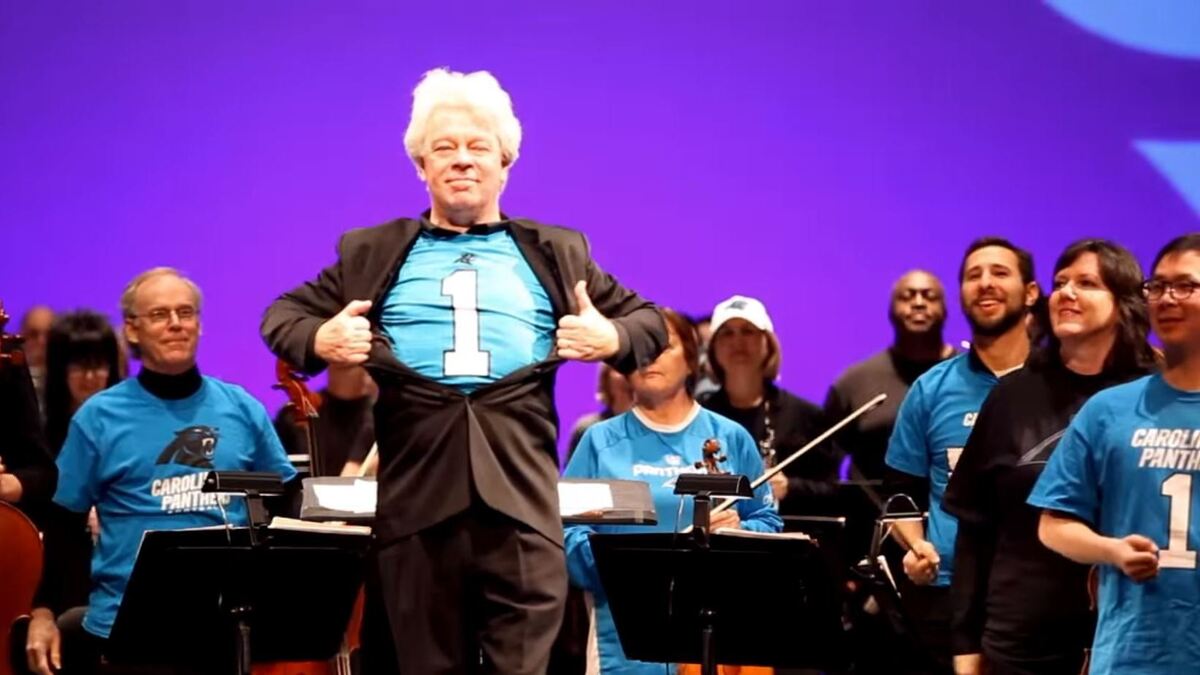 This is Super Bowl coverage from NPR. Of course we'll seize the opportunity to use a photo of a symphony orchestra.

Anybody can promise to wear the opponent's jersey should their own team fall short. As far as friendly wagers go, that's pretty pedestrian (I'm looking at you, Denver and Charlotte mayors).

But a few of the bets placed on Super Bowl 50 have at least a little bit more skin in the game.

Govs. Pat McRory of North Carolina and John Hickenlooper of Colorado have dueling donation pledges, with the loser supporting the other state's needy. If the Panthers win, a North Carolina shelter will get 50 backpacks with school supplies and a food bank will get Coloradan cuisine: 50 cases of salsa, 500 boxes of crackers and 500 packages of sausages.

The freshman senator from the losing state — that is, Tillis or Gardner — will congratulate the winning team and state, in great detail, on the Senate floor.

And the symphony orchestras in both cities have — what else? — music on the line.

And an entire symphony orchestra doing the dab, of course.

Then there are a truly impressive number of beer-related wagers:

And there are plenty of charitable "wagers" where no matter who wins, nonprofits in both cities get a boost.

The local United Way charities are holding book drives where, they say, "our communities' kids come out as the champs."

The Catholic charities from the two cities are holding a fundraising competition, with a target of $50,000 for Super Bowl 50.

Rabbis in both cities are holding an online fundraiser, with 2/3 of proceeds to the victor's charity of choice and the rest to the loser's pick.

"These are days when we celebrate God's chosen team — the Carolina Panthers," Rabbi Judy Schindler says.

Wondering if the local public radio stations got into the spirit?

Charlotte's WFAE was game for it, but Colorado Public Radio says they're "not the betting type."