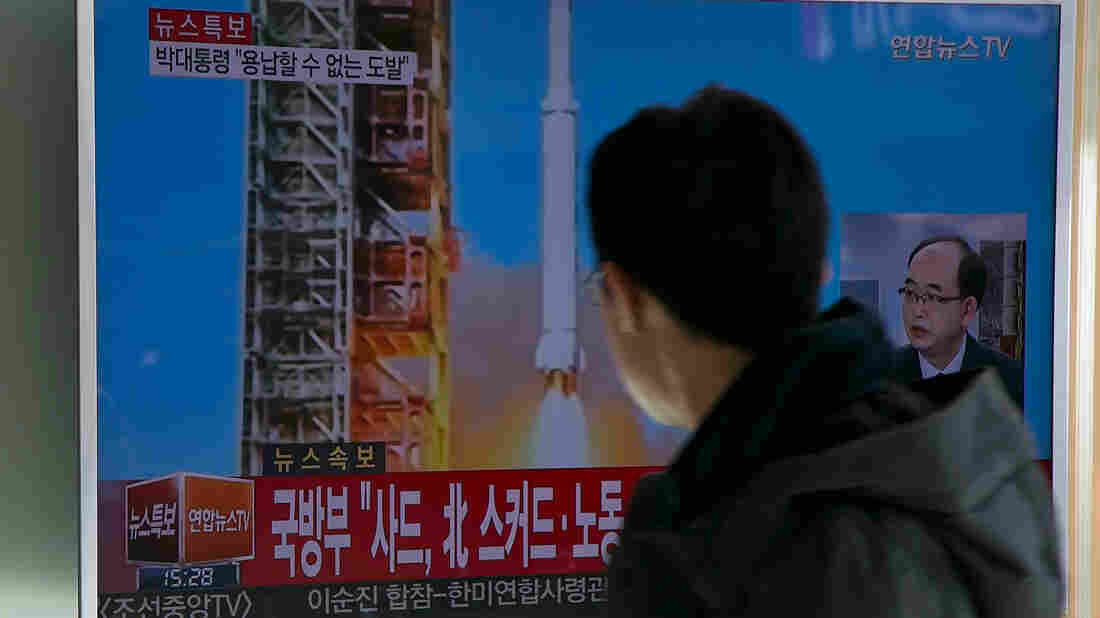 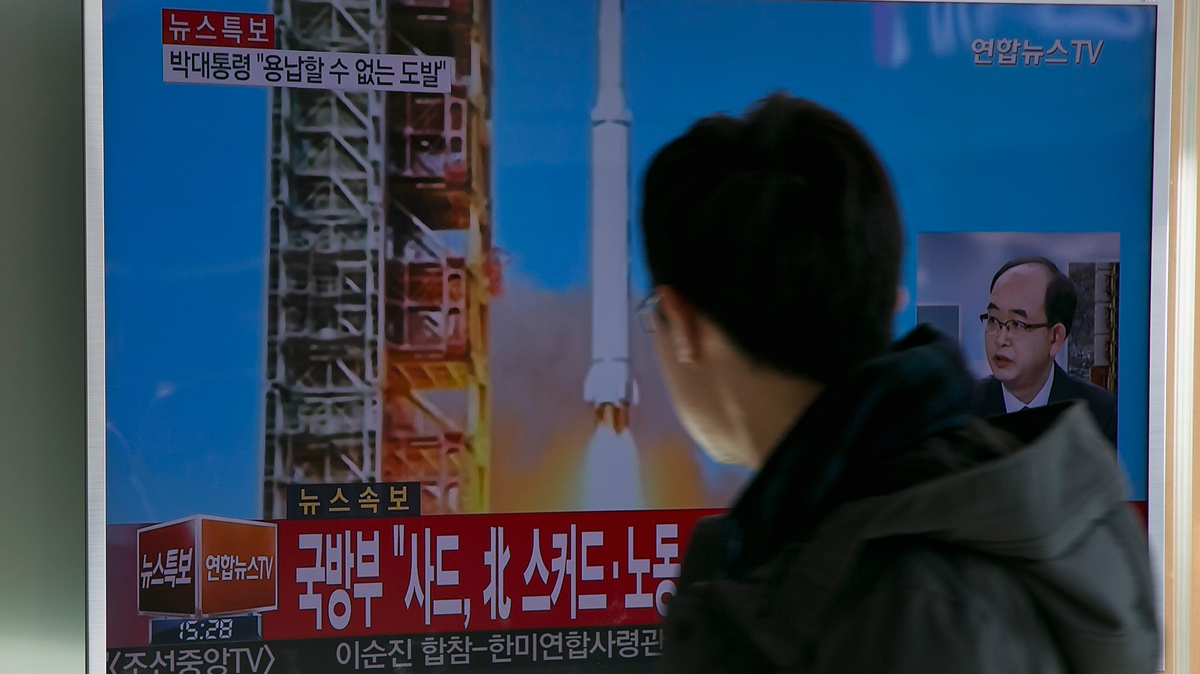 North Korea's launch of a long-range rocket has filled the isolated nation with pride — and sparked fierce censure from the rest of the world.

As we reported yesterday, the launch on Sunday morning local time arrives just a month after a nuclear test that had already raised tensions in the area:

"North Korea describes the launch as part of its space program: a rocket carrying an earth observation satellite into orbit. But many governments regard the launch as a concealed long-range ballistic missile test.

"The U.S., Japan and South Korea have requested an emergency meeting of the U.N. Security Council on Sunday.

"In addition, the South Korean defense ministry said on Sunday they will begin talks with the U.S. about possibly deploying a missile defense system in North Korea in response to what many nations see as a rising threat of North Korea's weapon technologies."

The launch was a proud moment for Kim Jong Un and his nation, the Associated Press reports:

"North Korea's most famous and venerated TV newscaster, dressed in a traditional pink gown, proudly announced on the TV bulletin — reserved for extremely important events — that the Earth observation satellite Kwangmyongsong-4 had been successfully put into orbit early Sunday morning. She called it an "epochal" moment.

"As the news aired, crowds in Pyongyang cheered and applauded as they watched the news of the launch, which was displayed on large screens at different places around the capital."

The rest of the world has quickly denounced the rocket launch.

"We condemn today's launch and North Korea's determination to prioritize its missile and nuclear weapons programs over the well-being of its people, whose struggles only intensify with North Korea's diversion of scarce resources to such destabilizing activities," she said in a statement.

Secretary of State John Kerry said it represented "an unacceptable challenge to our common peace and security."

North Korea's traditional allies, Russia and China, were also critical of the launch. Russia's Foreign Ministry called it "a dramatic aggravation of the situation in the Korean Peninsula" that damages, above all, the security of North Korea itself.

China expressed regret over the launch, citing the universal opposition of the international community. A Chinese diplomat had traveled to Pyongyang last week specifically to try to stop the launch from happening, NPR's Elise Hu reports.

But what happens next?

The U.N. Security Council hasn't yet passed a resolution to condemn North Korea for its Jan. 6 nuclear test — which was also "a slap in the face to the international community," Elise says. The Security Council has been stymied by disagreements between the U.S. and China — who have both condemned the test — over how to respond.

"The U.S. and China are at loggerheads over how stringent any potential new sanctions on North Korea should be. China's position has been that talks should resume with both North Korea and the U.S. at the table," Elise explains.

And without the support of China, North Korea's economic lifeline and diplomatic protector, further sanctions on North Korea will be less effective, Elise says.