Accessibility links
Photos Of Cans Inside Taiwan Building's Pillars Help Spur Call For Safety Reviews : The Two-Way Dozens of people are still missing — but some survivors were still being pulled from rubble some 60 hours after the quake. Nearly all of the 38 reported deaths occurred in one building. 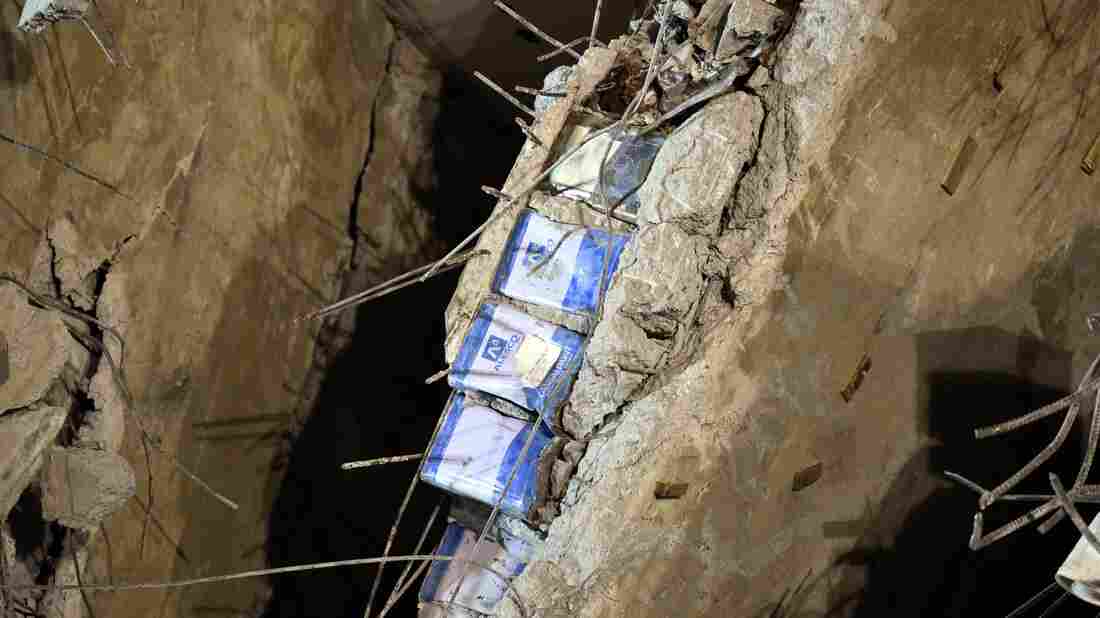 Blue cans, seen sandwiched between layers of concrete, are visible at the Golden Dragon complex, which collapsed in Saturday's magnitude-6.4 earthquake in the southern Taiwanese city of Tainan. Sam Yeh/AFP/Getty Images hide caption 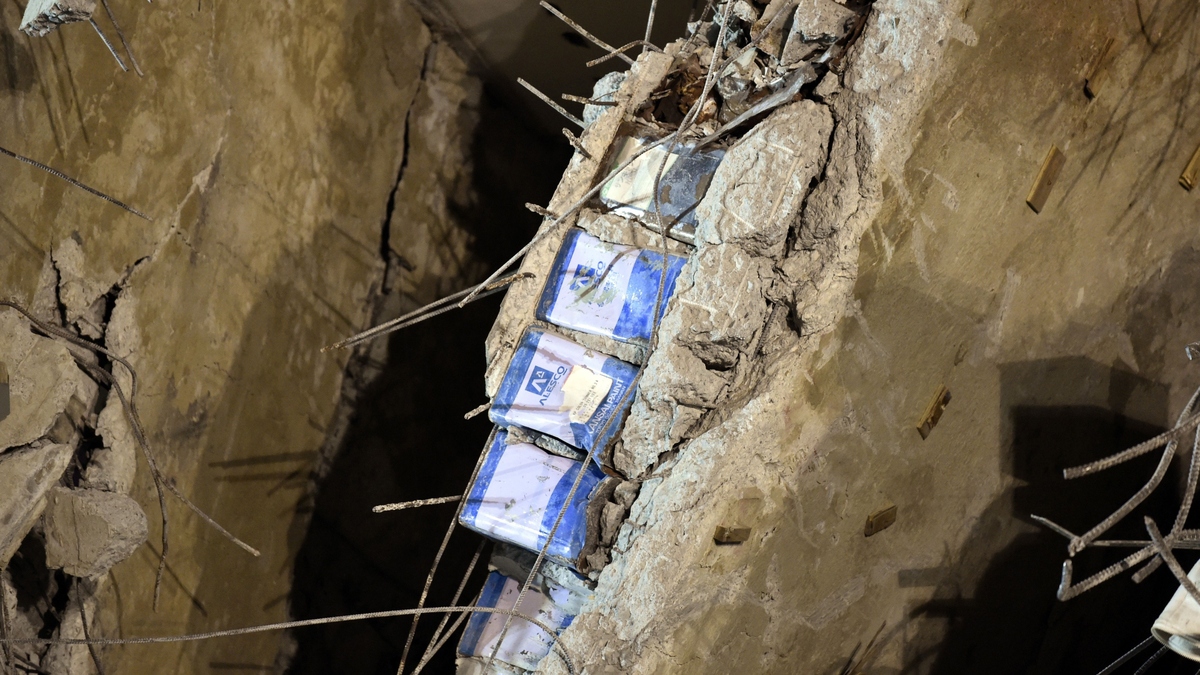 Blue cans, seen sandwiched between layers of concrete, are visible at the Golden Dragon complex, which collapsed in Saturday's magnitude-6.4 earthquake in the southern Taiwanese city of Tainan.

Taiwanese President-elect Tsai Ing-wen is promising extensive safety checks of old buildings two days after an earthquake killed at least 38 people, according to local media. New questions emerged after stacks of cans were found in the walls of a 17-story building that was the scene of all but two of those deaths.

Those cans are blue cooking oil containers, reports Central News Agency; other media outlets call them old paint cans. Structural engineer Tai Yun-fa tells the state-run agency that in structures built before 1999, oil cans were used to fill out pillars and make them look larger. The Golden Dragon apartment building in the city of Tainan was reportedly completed in 1994.

"The use of cooking oil cans for such purposes in construction was not illegal prior to September 1999, but since then styrofoam and formwork boards have been used instead, he said.

" 'It is preposterous' to think that cooking oil cans would be used in a pillar for support purposes, Tai said."

The sight of cans embedded inside concrete used to build a large apartment building that was among the worst-damaged in Tainan set off speculation about shoddy construction practices. Many buildings around it were left standing.

The Taipei Times reports, "The bulk of the complex was left lying on its side after the magnitude 6.4 earthquake hit southern Taiwan at 3:57 a.m. [local time] on Saturday, and it has been the site of most of the casualties from the temblor."

A team of prosecutors are now at the site to look for any signs of wrongdoing, the newspaper adds.

Tsai, who will take office in May, visited Tainan on Monday and said her administration will make it a priority to inspect and reinforce any older buildings that need it.

Dozens of people were still missing — but some survivors were still being pulled from rubble some 60 hours after the quake. Two people who were trapped inside the large apartment building that has been at the heart of rescue operations were brought to safety Monday — an 8-year-old girl and a woman from Vietnam.