Accessibility links
Japan Is Selling Bonds Guaranteed To Lose You Money : The Two-Way With the global economy in turmoil, interest rates on some government debt are falling below zero. 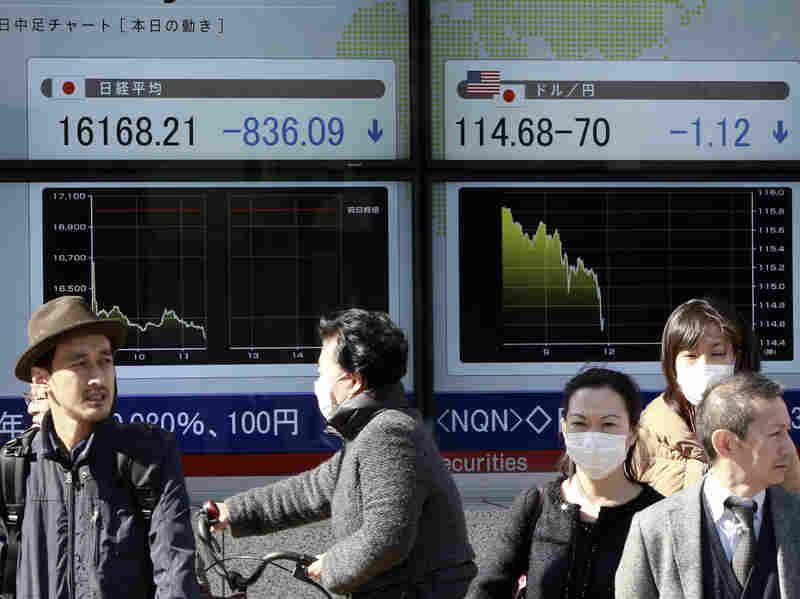 Pedestrians stand outside a securities firm in Tokyo Tuesday. Stocks plunged again in Japan, and the interest rate on the benchmark bond fell below zero. Eugene Hoshiko/AP hide caption 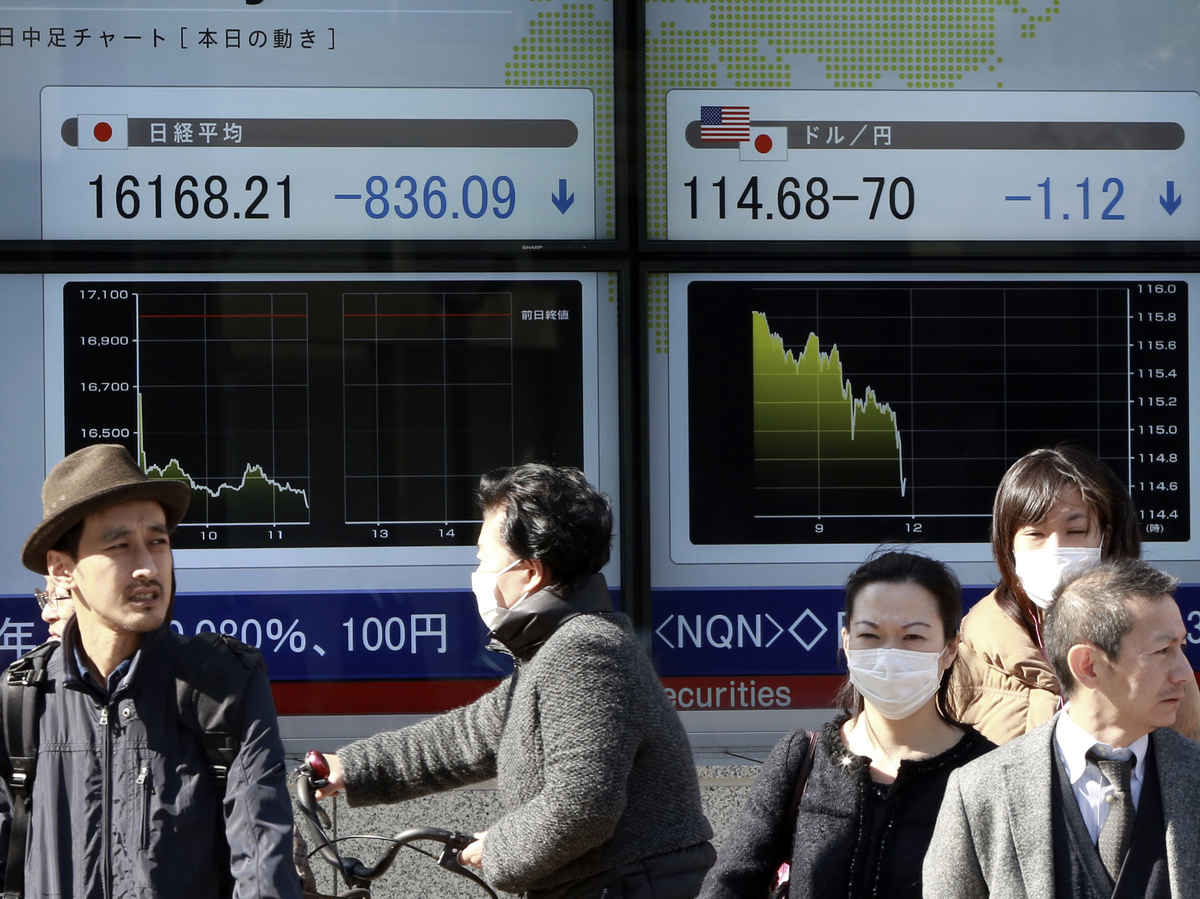 Pedestrians stand outside a securities firm in Tokyo Tuesday. Stocks plunged again in Japan, and the interest rate on the benchmark bond fell below zero.

Japan is venturing further into the terra incognito of negative interest rates, selling a 10-year government bond that actually costs its purchasers money over time.

In doing so, it joins a handful of European countries that have also lowered rates below zero.

The yield on the 10-year note sold by the Bank of Japan dipped to an unprecedented level of negative .05 percent, meaning that anyone who buys it will lose money.

Like other central banks, the Bank of Japan has been steadily lowering interest rates for years in an effort to stimulate the country's economy. It cut rates so much that they eventually fell to zero.

"We all thought that the zero lower bound was as low as things could go. That was as much stimulus as you could put into the economy," said David Blanchflower, professor of economics at Dartmouth and a former member of the Bank of England's Monetary Policy Committee, in an interview with NPR.

But over the past year, central banks in several wealthy countries, including Switzerland, Denmark and Sweden, have decided to experiment by pushing rates below zero. Blanchflower says they hoped this would lower the value of their currencies and make their exports more competitive:

"I just think it's desperation, in the sense that you haven't got [many] weapons left. So what do you do? It's more of a case of, 'Well, let's try this and see, 'cause what else could we do? We've only got one club. We haven't got many weapons left.'"

But why would any investor willingly buy a bond that loses money over time?

With global financial markets in turmoil, investors are evidently willing to pay a price for parking their money in an asset that is widely seen as very safe, says Jacob Kirkegaard, senior fellow at the Peterson Institute for International Economics.

"You want the safety of having this particular government bond, and you don't want to run the risk of being in other assets," Kirkegaard says.

For investors like these, keeping the money in cash isn't a good option, Fed Vice Chair Stanley Fischer said last week in a speech before the Council on Foreign Relations:

Kirkegaard says a lot of the investors buying up negative-interest bonds are probably "home buyers," who are reluctant to invest in another currency or foreign financial markets.