Accessibility links
Scientists Aflutter Over Gravitational Wave Rumors : The Two-Way If the rumors are true, then humanity is about to learn a lot about the heaviest stuff in the universe. 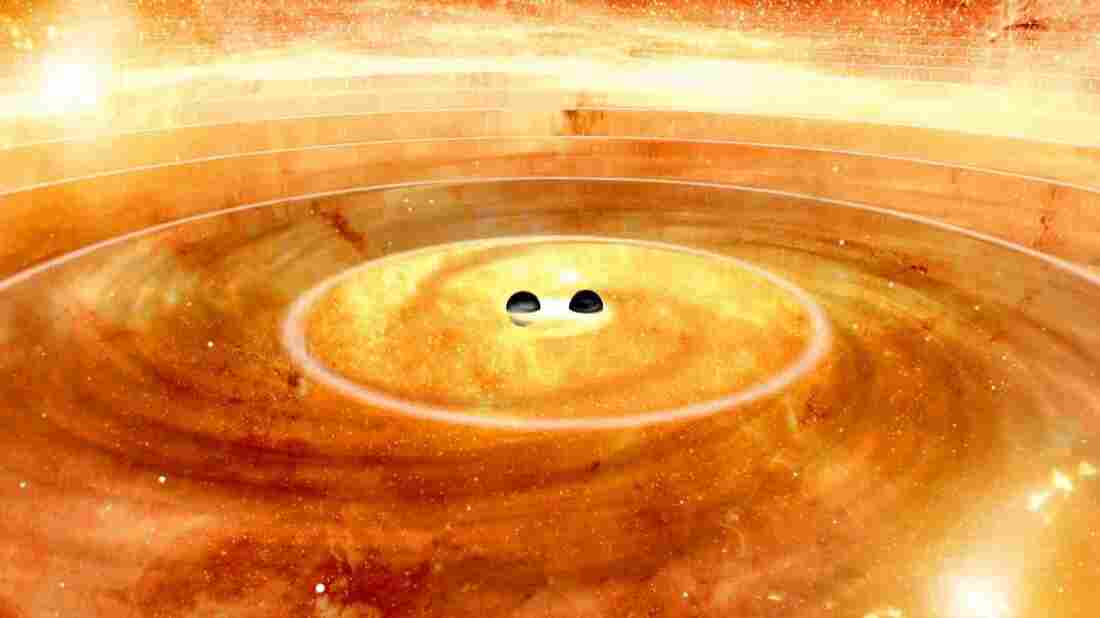 Researchers are rumored to have seen ripples in space-time from the collision of two black holes (artist's depiction). National Astronomical Observatory of Japan hide caption 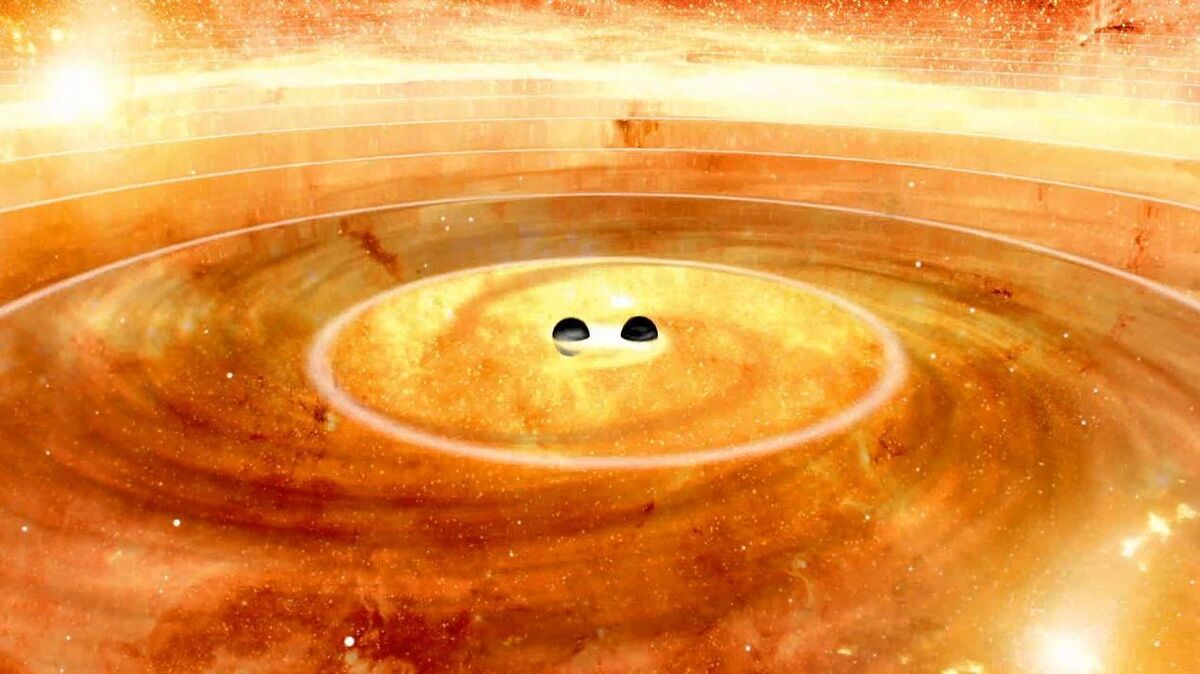 Researchers are rumored to have seen ripples in space-time from the collision of two black holes (artist's depiction).

Researchers may have detected gravitational ripples from the collision of two black holes, according to rumors circulating in emails and on blogs.

The Laser Interferometer Gravitational-Wave Observatory (LIGO) is planning a major announcement for Thursday morning. For now, scientists directly involved in the project are staying quiet about what they've seen, but other researchers say it could be a major breakthrough for the fields of physics and astronomy.

"Everyone's going to be watching; we've been talking about this for weeks," says Mina Arvanitaki, a researcher at the Perimeter Institute for Theoretical Physics in Waterloo, Ontario.

Within the research community, rumors have been circulating since autumn, she says. More specifics started to appear "in the past month or so." 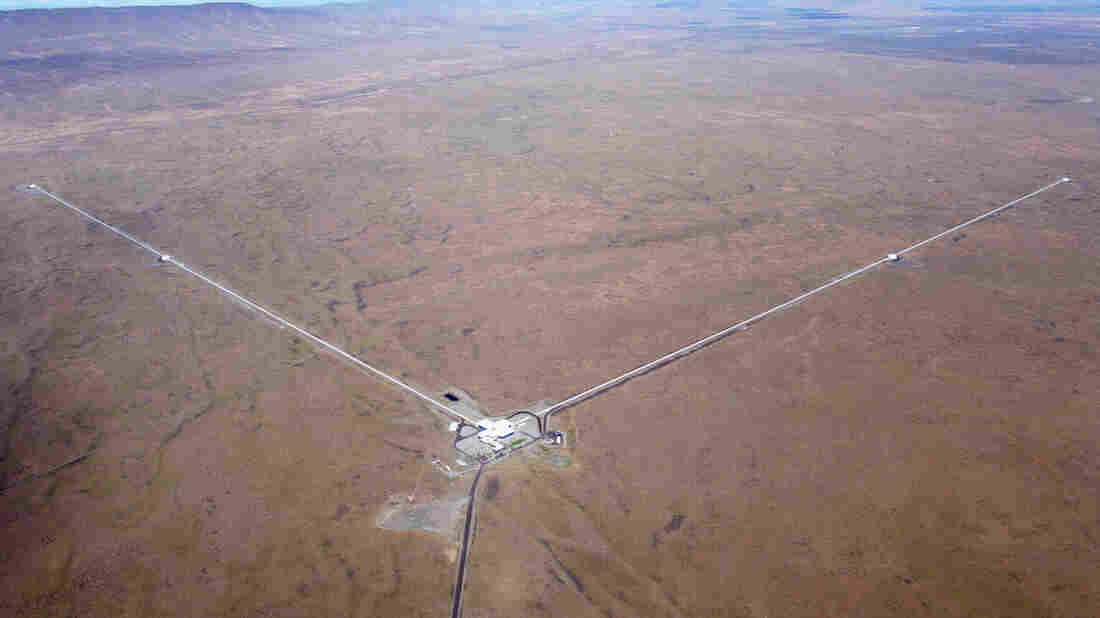 Each LIGO detector has two arms. Space-time ripples will stretch one of the arms and squish the other. Lasers can measure the change. Caltech/MIT/LIGO Lab hide caption 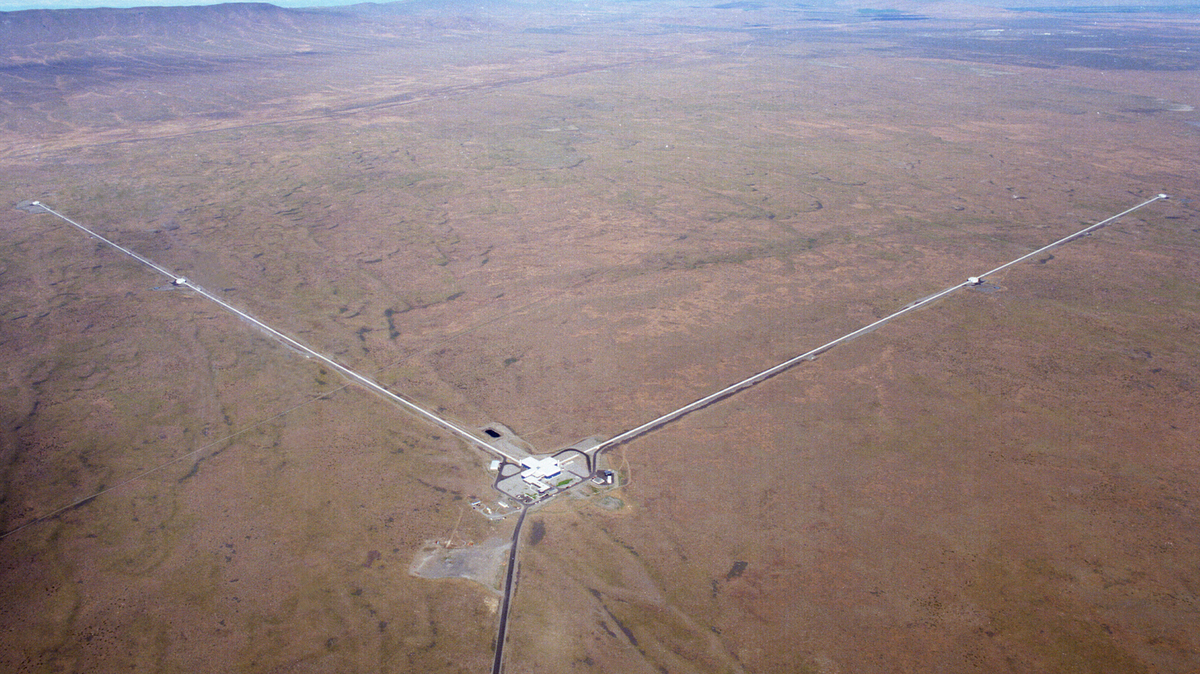 Each LIGO detector has two arms. Space-time ripples will stretch one of the arms and squish the other. Lasers can measure the change.

The rumors suggest that LIGO has seen two black holes merging together into a larger black hole. Such a cosmic collision of heavy objects like these would send out powerful ripples through space-time itself.

LIGO is designed to detect those ripples.

The project consists of two identical detectors separated by thousands of miles. The detectors provide independent verification that a gravitational wave has passed through Earth. They can also provide some details about where in the universe such a wave came from.

Each detector looks like a giant L, made up of two tunnels, each 2.5 miles long. When a gravitational wave passes through, it stretches space along the direction of one tunnel and squishes space along the direction of the other. That stretching and squishing effectively changes the tunnels' lengths, and that change can be detected by lasers inside each one. The system is so sensitive it can see fluctuations as small as 1/10,000 the diameter of a proton.

The detectors were completed in 1999, but for over a decade, they were not considered sensitive enough to see gravitational waves. All of that may have changed after an upgrade that was completed in 2014. Stay tuned!