Accessibility links
Chris Christie Drops Out Of Republican Race For President : The Two-Way The New Jersey governor may simply have missed his window by declining to run in 2012. Christie threw everything at getting traction in Iowa and New Hampshire but fell short in both.

Chris Christie Drops Out Of Republican Race For President

Chris Christie Drops Out Of Republican Race For President 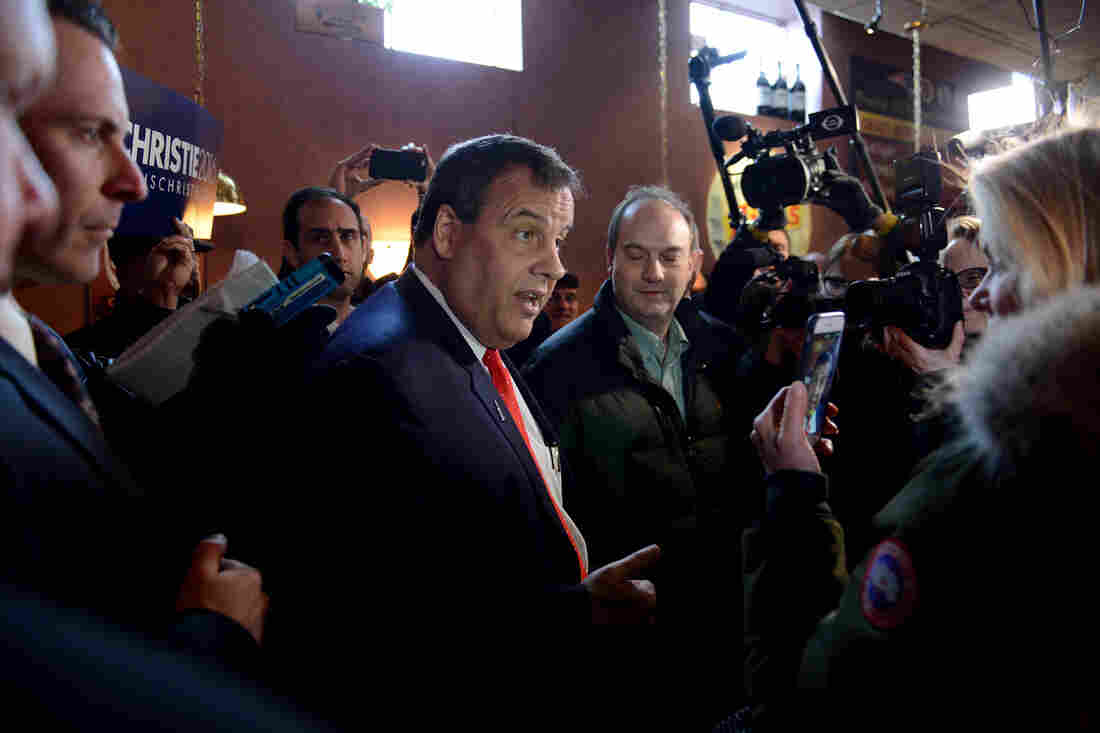 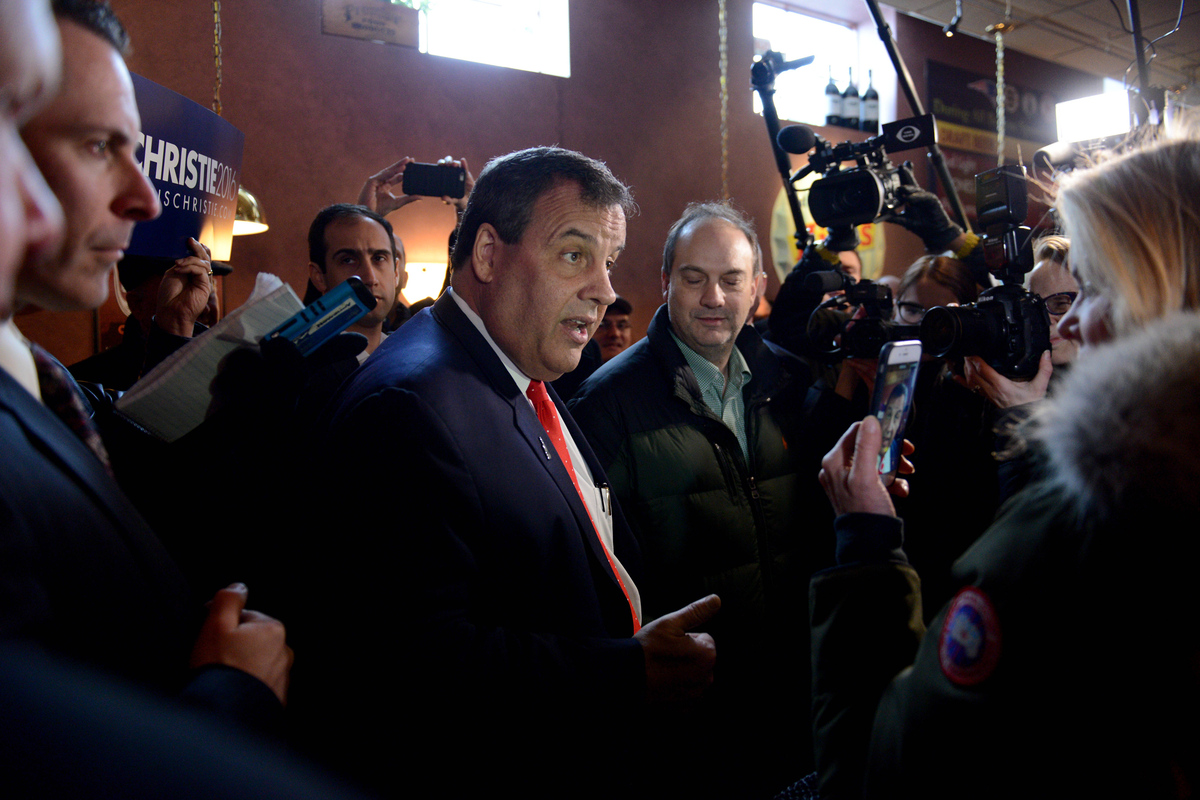 Chris Christie makes a midday stop at T-Bones Great American Eatery in Derry, N.H., as he canvasses for votes on Tuesday.

"And while running for president I tried to reinforce what I have always believed — that speaking your mind matters, that experience matters, that competence matters and that it will always matter in leading our nation," said Christie in a post on Facebook.

The decision comes after a sixth-place finish in New Hampshire, where Christie had banked so much of his political capital.

It was the second disappointing finish in a row for Christie. Unlike John Kasich and Jeb Bush — the governor and former governor who he was often grouped with — Christie had campaigned hard in Iowa. He spent more than 40 days in the state, according to member station WNYC, despite a moderate resume that history suggested wouldn't appeal to conservative caucusgoers. Christie ended up with less than 2 percent of the vote.

But for Christie, New Hampshire had been the do-or-die state. And after winning less than 7 percent of the vote there, he's calling it quits.

Of all the "what ifs" in the Republican presidential campaign, Christie's is perhaps the most alluring. What if he had run for president in 2012, instead of 2016? Many Republicans were dissatisfied with eventual nominee Mitt Romney that year, and Christie carried on a long flirtation with entering the race himself before deciding not to.

Although Christie faced the biggest challenge of his gubernatorial tenure that fall, when Hurricane Sandy struck New Jersey, he would never again hold the popular appeal that he did with his party before 2012. He angered many Republicans by publicly embracing President Obama during a disaster tour days before the election. And one year later, Christie was dragged into what became known as "Bridgegate," when some of his top aides created several days of gridlock in the New York City suburb of Fort Lee, N.J., as an alleged act of political retribution.

While Christie never broke from the pack, he still made a lasting mark on the New Hampshire primary, knocking the surging Marco Rubio off his game at Saturday's debate by berating Rubio for repeating the same talking point over and over. Rubio ended up finishing fifth, but as WNYC's Matt Katz put it, the move may have ultimately cost Christie votes, too.

"Christie didn't really attack like he knows how to attack until last Saturday night, when he knocked out Rubio at the debate," Katz wrote. "That was apparently a murder-suicide, because while Rubio's reputation was gravely damaged, Christie didn't help himself."

Christie's departure, along with the recently announced exit of Carly Fiorina, leaves seven major Republican candidates in the race.