Accessibility links
NASA Says Man In India Likely Wasn't Killed By A Meteorite : The Two-Way The crater in the ground was more more consistent with a land-based explosion, a NASA spokesman said. 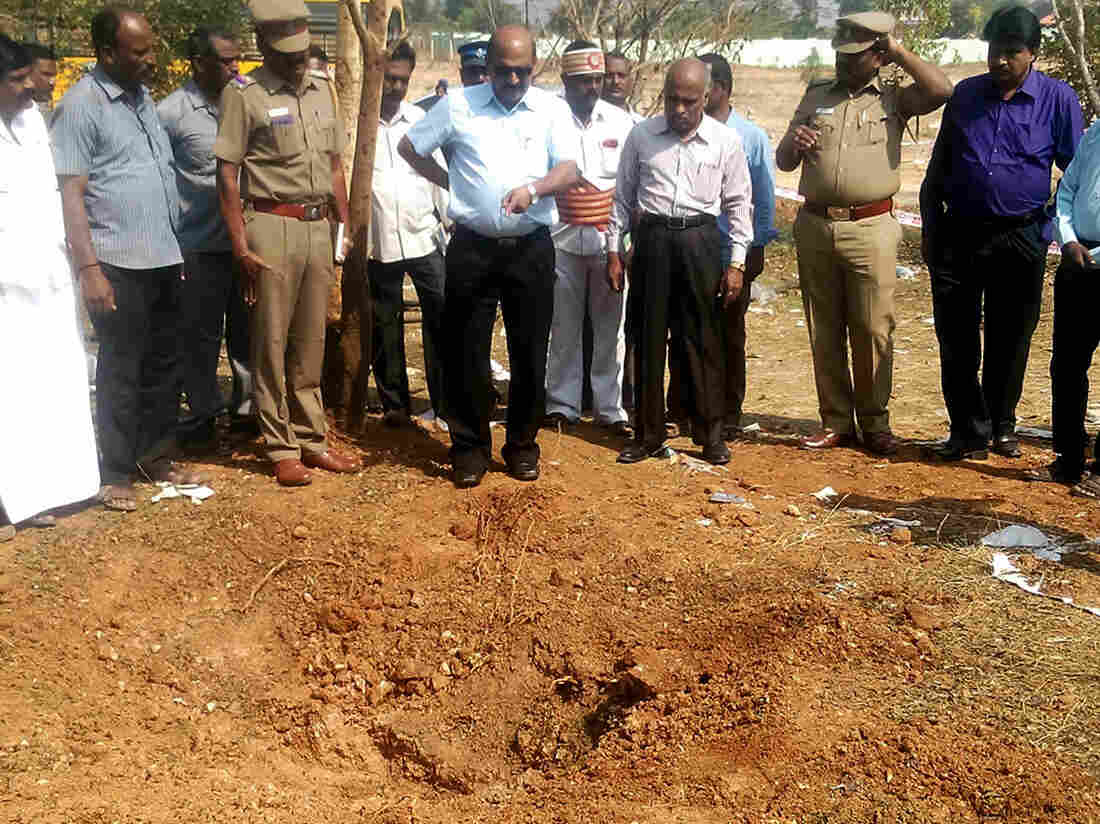 Indian authorities inspect the site of a suspected meteorite landing that killed a bus driver and injured three others on Feb. 6. STR/AFP/Getty Images hide caption 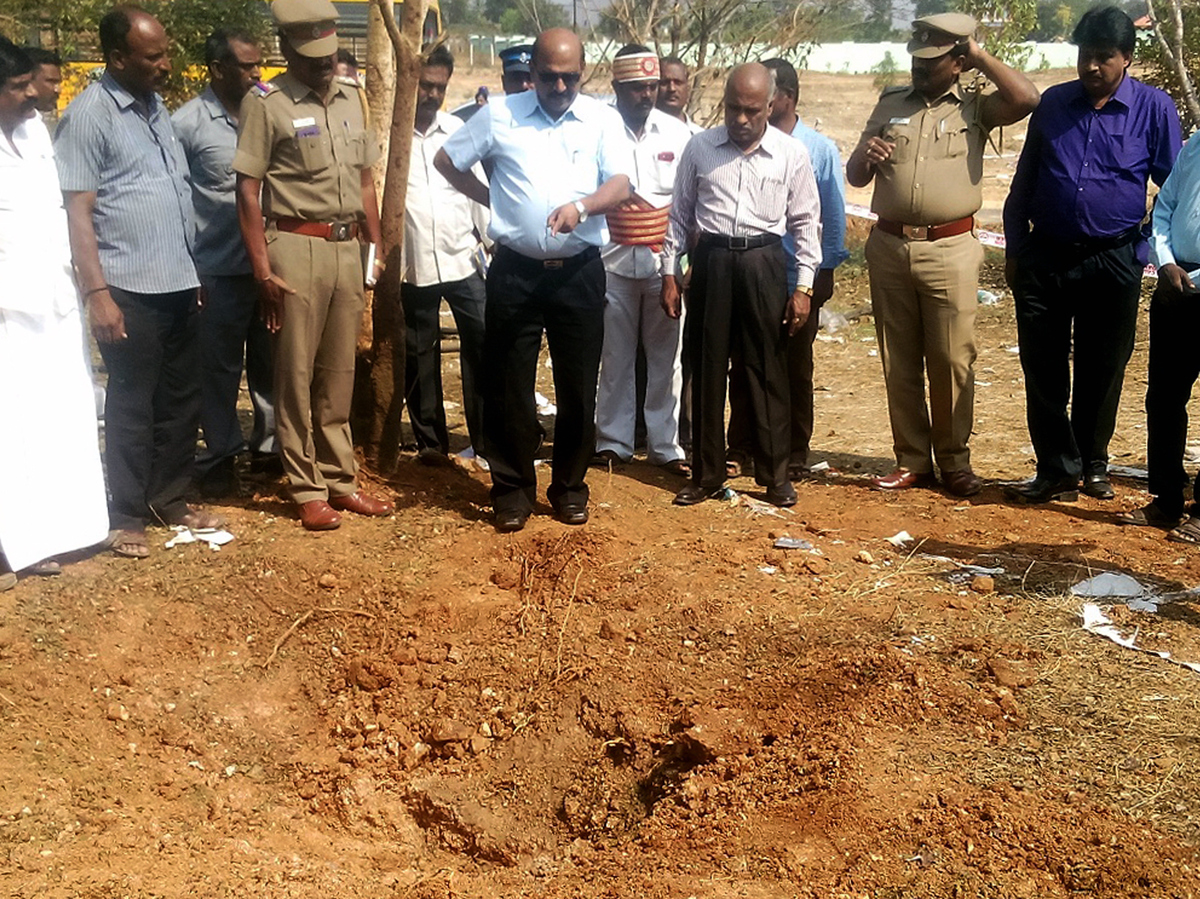 Indian authorities inspect the site of a suspected meteorite landing that killed a bus driver and injured three others on Feb. 6.

Remember the story scooting around the Internet earlier this week about a man in India who was reportedly killed by a meteorite? If you need a refresher, we wrote a post about it, creatively titled, "Did A Meteorite Kill A Bus Driver In India?"

Well, it turns out the answer is probably not.

The incident happened on a college campus in the southern state of Tamil Nadu on Saturday. There was an explosion, which also injured three other people, that reportedly left a 5-foot-deep crater and a small, blackish-blue rock behind.

Local officials in India were quick to blame the blast on space debris, but NASA scientists have weighed in, saying the man was not killed by anything extraterrestrial.

"Initial assessment based on photos posted online are not consistent with something from space," NASA spokesman Dwayne Brown said in a statement, according to ABC News. "Small meteorites do not start fires or cause explosions when they hit the ground. To form a crater the size of what has been posted online would have required a meteorite of at least several kilograms. While more details are forthcoming from local scientists, this is unlikely something from space."

The chief minister of the state, J. Jayalalithaa, promised compensation for the families of the driver, identified as V. Kamaraj, and for the injured people, The Times of India reported.