Accessibility links
Former LA Sheriff Lee Baca Pleads Guilty To Making False Statements : The Two-Way In a plea deal, Baca admitted he lied when he said he didn't know anything about efforts to obstruct an FBI probe into corruption and abuse in his department. 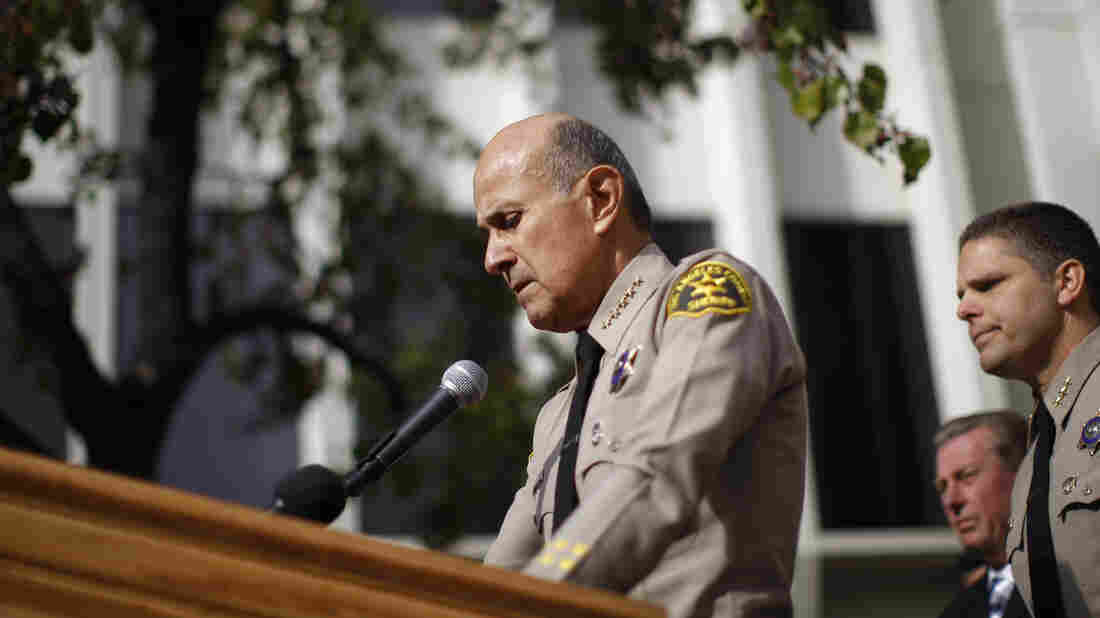 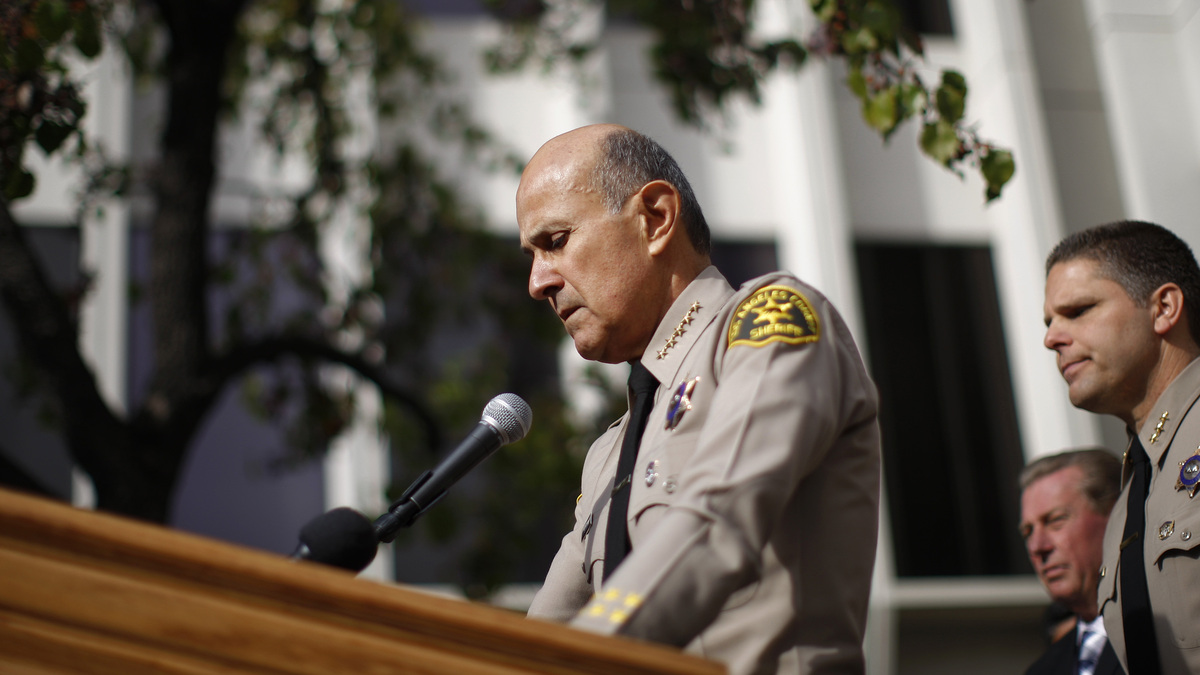 Former Los Angeles County Sheriff Lee Baca, who has been embroiled in a scandal involving reports of prisoner abuse and an alleged conspiracy to cover it up, has pleaded guilty to making false statements, the Department of Justice announced Wednesday.

The single count against him relates to statements made regarding a federal investigation into corruption and violence at LA County jails. Baca has confessed to lying multiple times when he said he did not know about the actions of those within his department. He was still serving as sheriff at the time.

The plea deal calls for no more than six months in prison, U.S. Attorney Eileen Decker said at a news conference in Los Angeles.

Among other things, Baca's lieutenants and deputies were accused of unprovoked assaults on unresisting inmates.

Baca said in 2013 that the alleged assaults were the acts of a few bad apples, and "there is no institutional problem."

But he stepped down as sheriff in 2014, citing the "negative perception" his bid for re-election would bring to the sheriff's office.

The charges against Baca — and additional charges against many of his subordinates — are not directly related to the purported abuse in the jails. Instead, they stem from an alleged plot to block the investigation that could have revealed such abuse.

An inmate at a Los Angeles jail had agreed to cooperate with the FBI and pass them information. But when the sheriff's deputies learned about the operation, the informant "was essentially made to disappear within the jail system," Decker said.

The inmate was jailed under fake names, the LA Times reports, and officials from the sheriff's office actively worked to prevent him from making contact with the FBI.

Sheriff's deputies are also accused of confronting an FBI agent at her home and attempting to intimidate her.

Baca admitted in the plea deal that he was lying when he told the Justice Department he didn't know anything about these efforts to block the investigation.

Last year, Baca's second in command, Paul Tanaka, was indicted for condoning the beating of inmates and obstructing the FBI's investigation.

His trial is scheduled for next month.