Accessibility links
Storm-Tossed Cruise Ship Returns To N.J. Port: 'All Hell Broke Loose' : The Two-Way "The first day was great," one passenger says. "The second day we were watching a musical and everything started sliding." 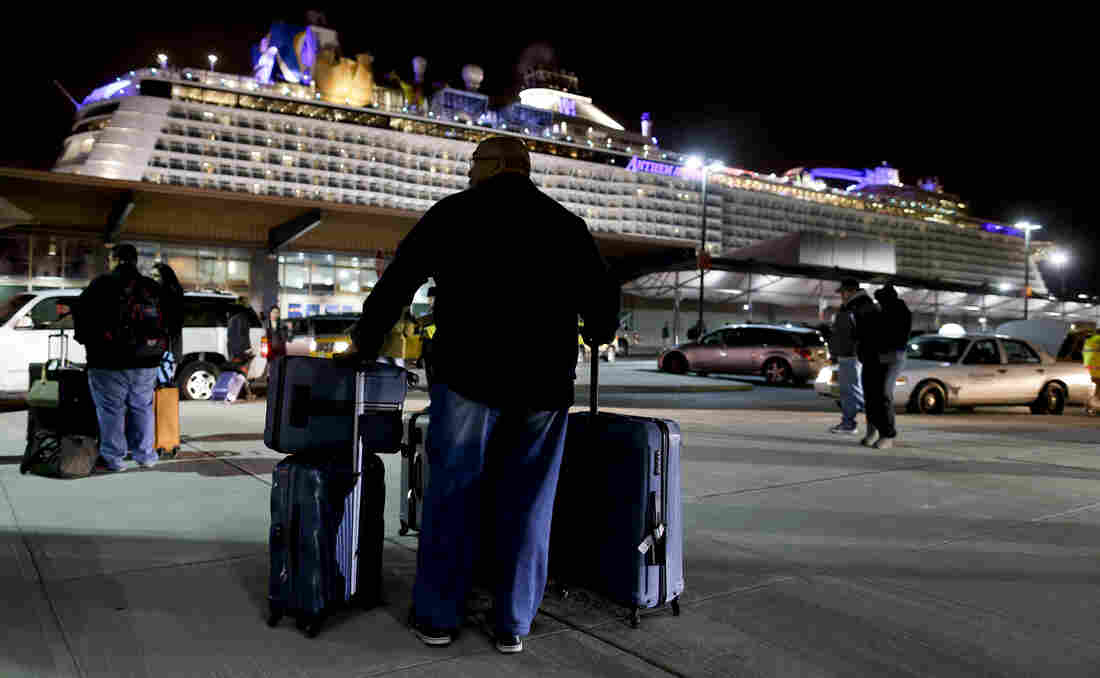 A passenger from the Royal Caribbean cruise ship Anthem of the Seas waits for transportation after arriving at the Cape Liberty cruise port in Bayonne, N.J., Wednesday. The ship was forced to turn around after hitting a strong storm at sea. Julie Jacobson/AP hide caption 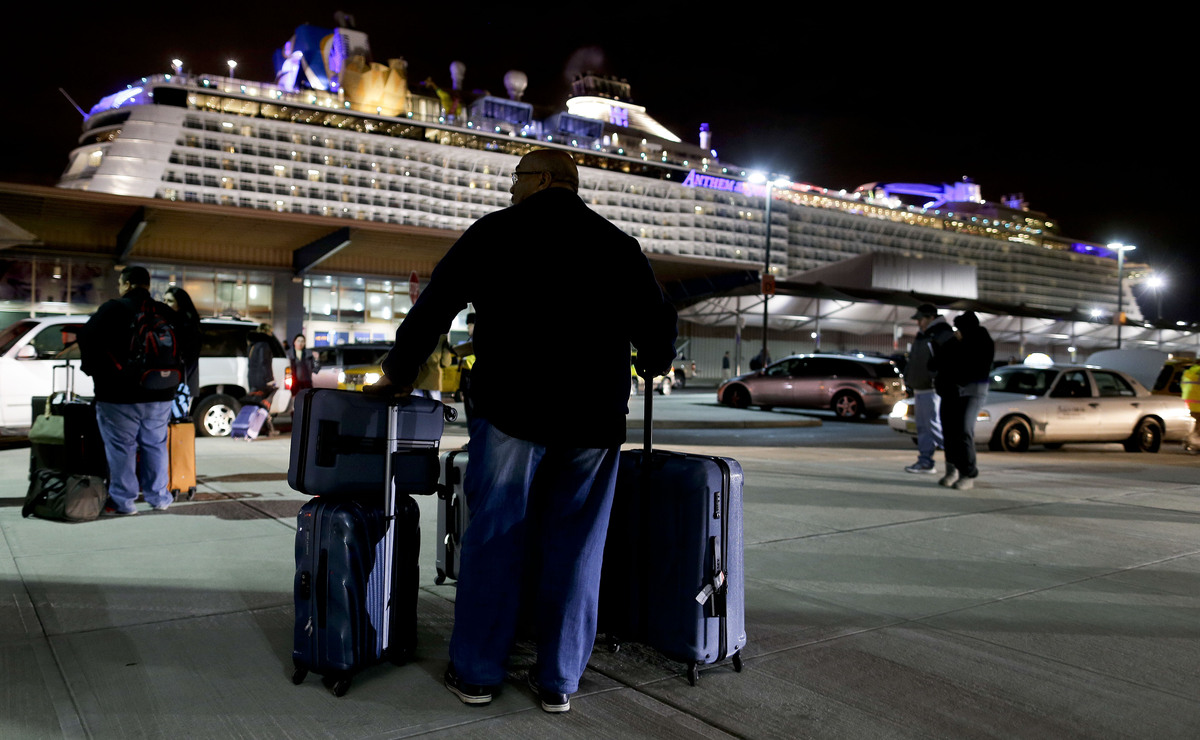 A passenger from the Royal Caribbean cruise ship Anthem of the Seas waits for transportation after arriving at the Cape Liberty cruise port in Bayonne, N.J., Wednesday. The ship was forced to turn around after hitting a strong storm at sea.

Cheering erupts from balconies on #AnthemoftheSeas as it pulls into Cape Liberty. #cruise pic.twitter.com/lac8T3ItqM

After enduring winds that topped 120 mph and waves that tossed their ship around, passengers of the Anthem of the Seas are on dry land Thursday, having cut short a planned cruise to the Bahamas. Royal Caribbean says the storm that damaged the ship and forced its return to New Jersey "far exceeded forecasts."

The cruise line also says it will revise its policies about avoiding severe weather. Passengers had posted photos and video showing damage and extreme conditions on board. When the ship docked Wednesday night, passengers say, the onboard speakers played Barry Manilow's song "Looks Like We Made It" and cheering erupted from the balconies.

"Our ship and our crew performed very well to keep everyone safe during severe weather," the cruise line says. And while it apologized to passengers "for what they went through," Royal Caribbean adds, "of more than 6,000 people on board, only four minor injuries were reported."

The Anthem of the Seas — one of the world's largest cruise ships, at more than 168,000 tons — ran into the powerful storm off the coast of the Carolinas on Sunday afternoon. Extreme conditions that shattered glass and damaged roof panels on the ship prompted the captain to order passengers to stay in their cabins.

One of those passengers was Cheryl Howell, who tells NJ.com that it was her first cruise.

"I went on it myself," she said. "So the second day of this wonderful vacation all hell broke loose."

Howell agreed with Royal Caribbean's praise for the ship's crew. Here's more of what she said:

"The first day was great. The second day we were watching a musical and everything started sliding. All I can remember is glass shattering everywhere and it was very scary to hear the glass."

"I was on the sixth deck and waves were coming over my balcony. It was very scary."

As we reported Monday, Royal Caribbean said that after a "tough day" for its guests, it would refund their ticket costs and give passengers a 50 percent discount on a future cruise.