Accessibility links
U.N. Says 300,000 People In Key Syrian City Are At Risk Of Siege : The Two-Way The push by Syrian government forces and their allies in the northern city of Aleppo has also displaced some 51,000 civilians since the beginning of last week, according to the U.N. 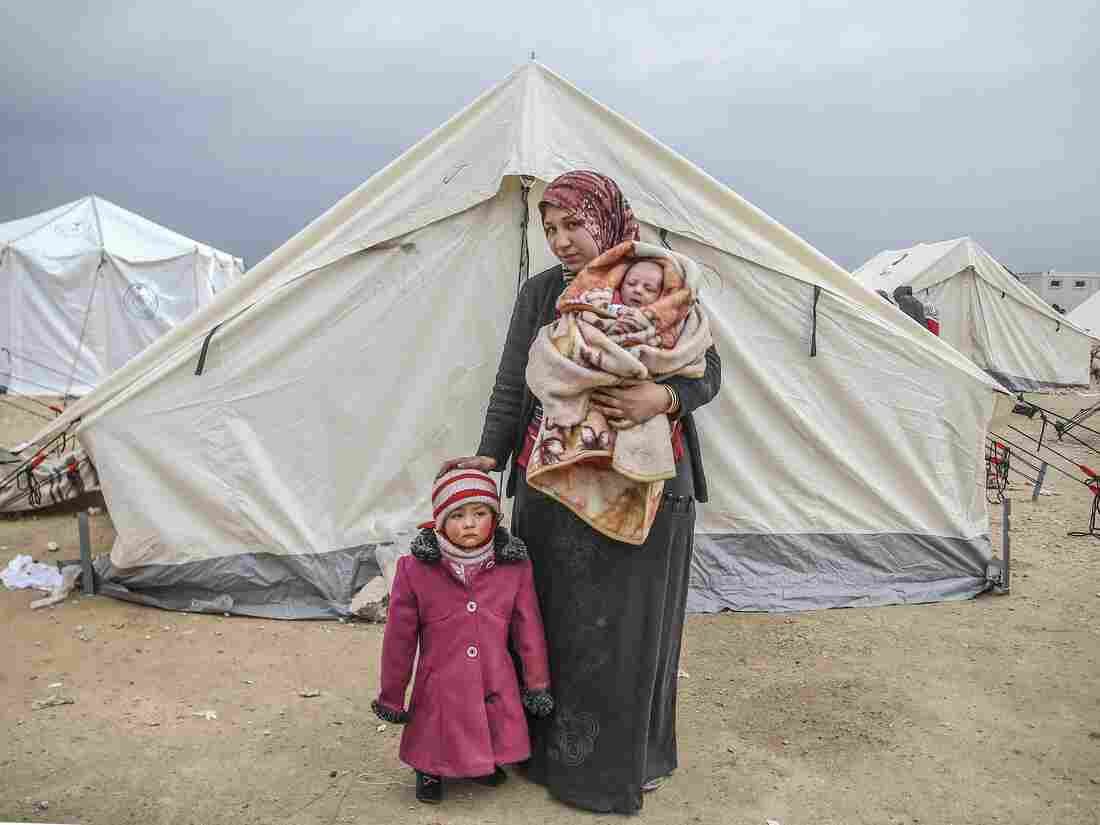 Belkiz Halip and her children Eye (left) and Zehra fled bombing in Aleppo to a tent city close to the Bab al-Salam crossing on the Turkish-Syrian border. Anadolu Agency/Getty Images hide caption 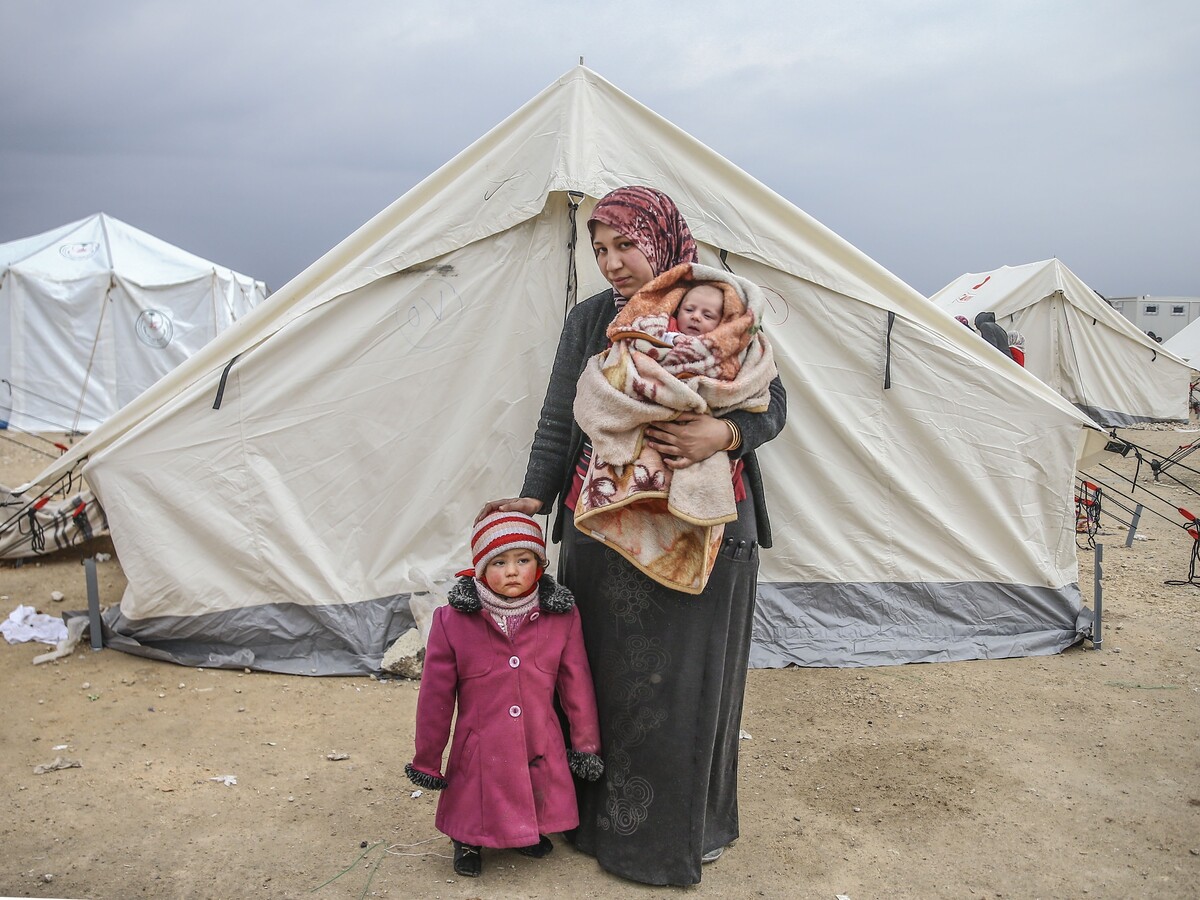 Belkiz Halip and her children Eye (left) and Zehra fled bombing in Aleppo to a tent city close to the Bab al-Salam crossing on the Turkish-Syrian border.

The push by Syrian government forces and their allies has put about 300,000 civilians in the northern city of Aleppo at risk of being placed under siege and cut off from food and humanitarian supplies, according to the U.N.

Since the start of last week, the offensive has displaced some 51,000 civilians from what was Syria's biggest city before the start of the war, the United Nations says.

The offensive, which includes Russian air support, has cut off key supply routes used for aid delivery. Thousands of the civilians who have fled were massed at Syria's border with Turkey, waiting to get through.

It's a "grotesque situation," the U.N. High Commissioner for Human Rights Zeid Ra'ad Al Hussein says in a statement.

"The warring parties in Syria are constantly sinking to new depths, without apparently caring in the slightest about the death and destruction they are wreaking across the country," says Al Hussein. "Women and children, the elderly, the wounded and sick, the people with disabilities are being used as bargaining chips and cannon fodder day after day, week after week, month after month."

As NPR's Alison Meuse has reported, "For the past several years, government troops have controlled the western part [of Aleppo] and a patchwork of rebel forces have held the east."

Government forces are encircling rebel-held areas, raising fears of a siege — a tactic commonly used by the Syrian government — that could impact hundreds of thousands of civilians.

And as the humanitarian situation deteriorates, international diplomats are meeting in Munich on Thursday to discuss a possible cease-fire.

NPR's Michele Kelemen reports from Munich that the Russians are proposing a cease-fire, but "one that doesn't start until March 1." She says U.S. Secretary of State John Kerry is pushing for a quicker cease-fire and for opening up humanitarian access to places like Aleppo.

Syrian peace talks are scheduled to resume Feb. 25. Alison has reported that the fighting in Aleppo contributed to the suspension of a previous round of talks earlier this month.

Alison noted: "The Assad government has little incentive to negotiate at a time when it's making gains on the battlefield, and the rebels argue that Assad is not serious about negotiations."

The city's water supply is also cut off, the International Committee for the Red Cross says in a press release, so Aleppo residents must now rely on 100 water points set up by the ICRC, its local affiliate and local water boards.

"The situation is extremely difficult for tens of thousands. It was already desperate before this.” #Aleppo https://t.co/VhwRzmr9y8

"The fighting is putting enormous pressure on civilians. The temperatures are extremely low, and without an adequate supply of food, water and shelter, displaced people are trying to survive in very precarious conditions," ICRC Syria head Marianne Gasser says.