Accessibility links
Morgan Stanley Will Pay $3.2 Billion For Contributing To Mortgage Crisis : The Two-Way The investment bank, agreeing that it misrepresented the risk and value of mortgage-backed securities, reached the settlement deal with state and federal authorities. 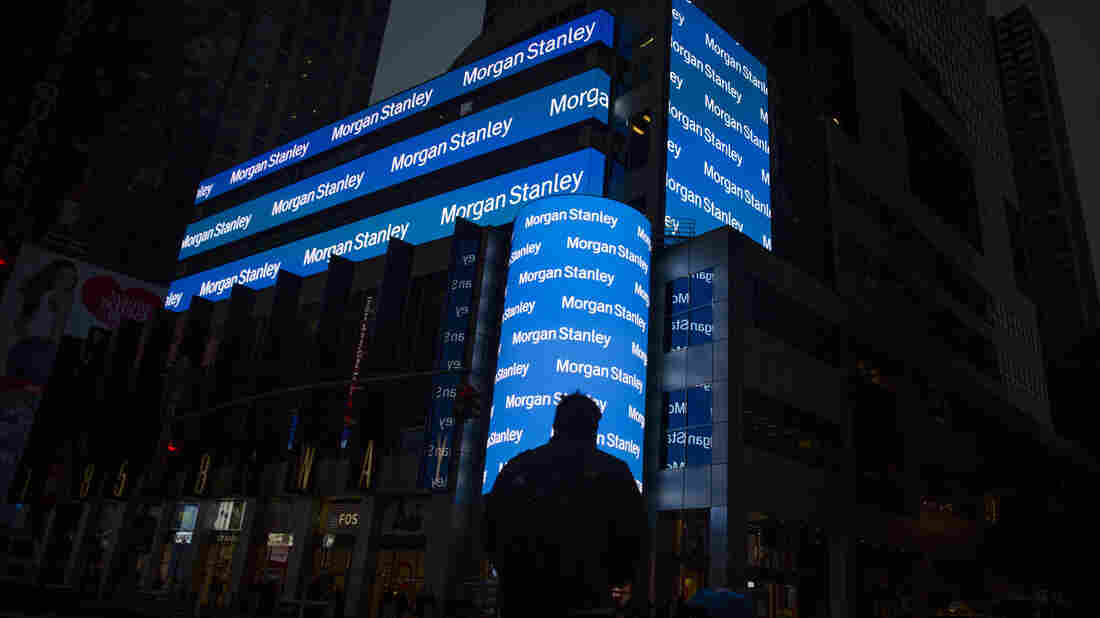 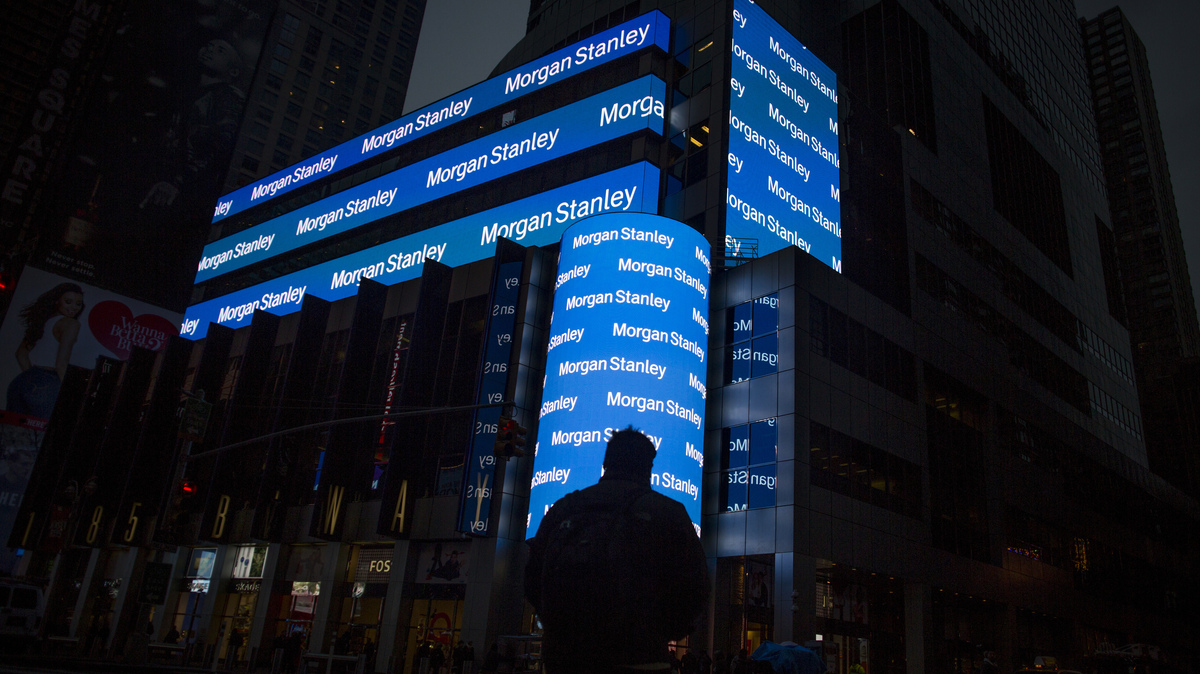 In the deal, the investment bank acknowledges that it misrepresented the risks of mortgage-backed securities leading up to the 2008 housing and financial crisis.

Morgan Stanley knew that it was selling securities backed by residential mortgages with "material defects" — such as loans that were "underwater," where the loan was larger than the value of the house.

Internal emails helped document that the company was fully aware of the high risks of the loans it was securitizing, the New York attorney general's office writes:

"In a May 31, 2006 email, the head of Morgan Stanley's team tasked with doing due diligence on the value of properties underlying the mortgage loans asked a colleague, 'please do not mention the 'slightly higher risk tolerance' in these communications. We are running under the radar and do not want to document these types of things.'

"In another email on November 21, 2006, a member of the Morgan Stanley due diligence team forwarded a list of questionable loans, seeking review and approval to purchase them and adding 'I assume you will want to do your 'magic' on this one?' "

The settlement announced Thursday was negotiated by a working group including both federal and state authorities, led by New York Attorney General Eric Schneiderman.

The $3.2 billion deal represents an increase from the $2.6 billion that Morgan Stanley agreed to pay last year. As NPR's Yuki Noguchi reports, "The final terms now include a program to help struggling homeowners. For instance, New York state alone will receive more than half a billion dollars, the majority of which will go to support local housing programs."

That additional money will be used, among other things, to help residents avoid foreclosure and fund affordable housing development.

The Associated Press helps put the value of the $3.2 billion in perspective:

"The New York-based investment bank reported a fourth-quarter profit of $908 million. It recorded $3.1 billion in legal expenses in 2014 for settlements with state and federal regulators over its role in the housing bubble and subsequent financial crisis."