Accessibility links
Porter Ranch Gas Leak Is Temporarily Plugged : The Two-Way The leak was first reported in October; since then, more than 6,000 residents were forced to evacuate the area northwest of downtown Los Angeles. 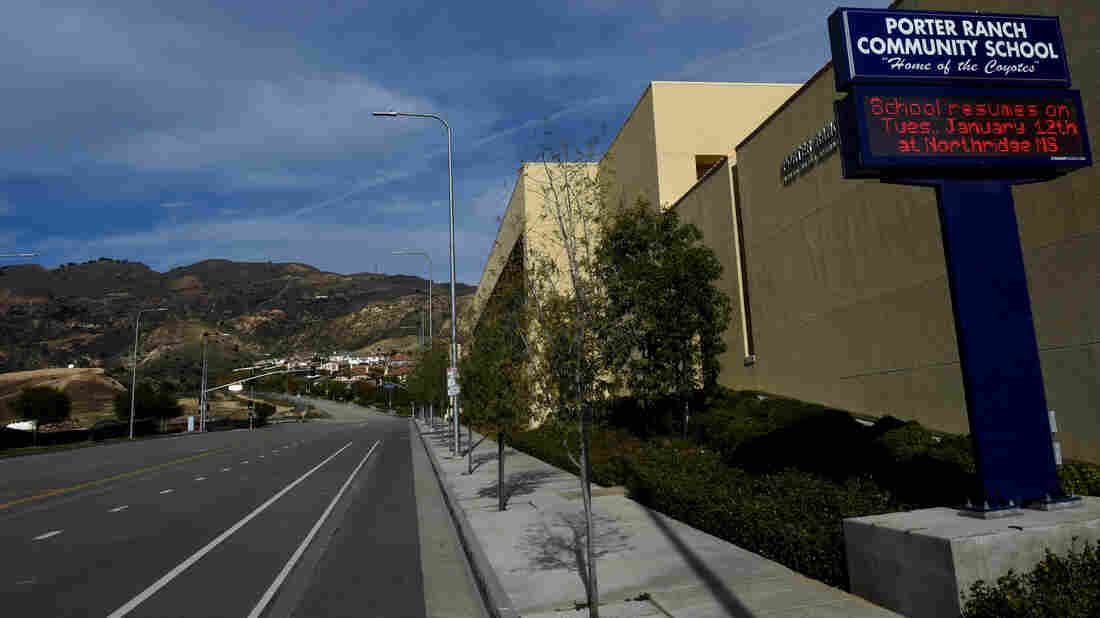 Deserted streets and a sign advising students to attend another school are seen in this photo of the Porter Ranch Community School, taken in January. Mark Ralston/AFP/Getty Images hide caption 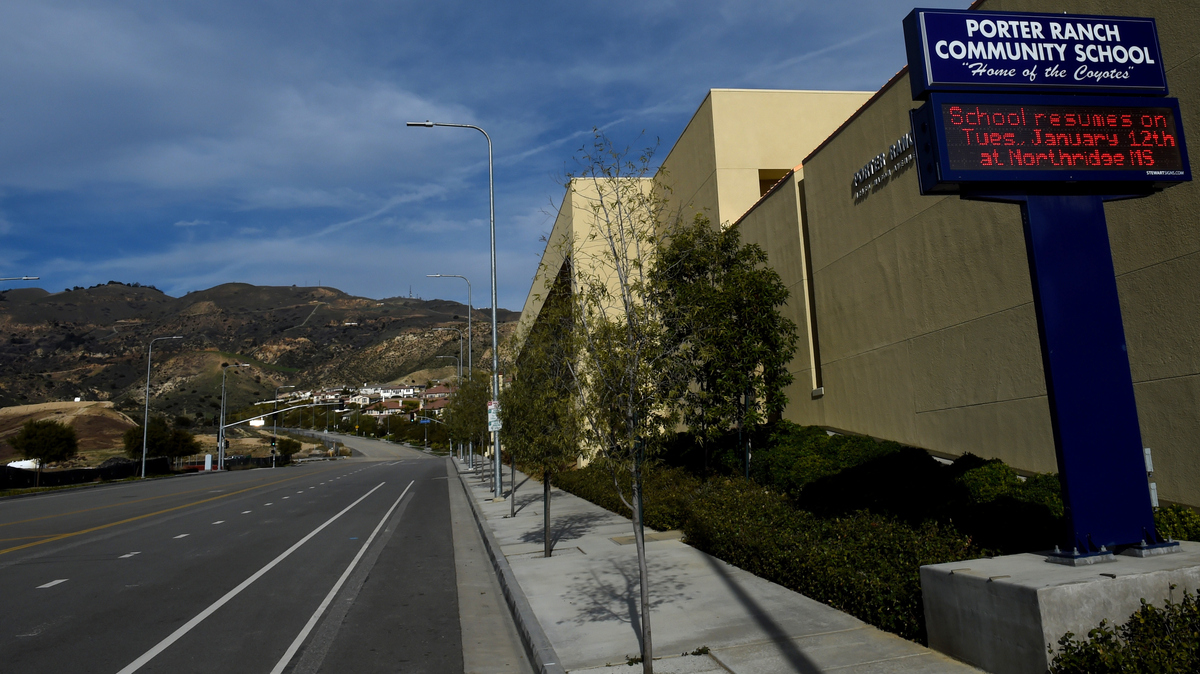 Deserted streets and a sign advising students to attend another school are seen in this photo of the Porter Ranch Community School, taken in January.

A natural gas leak that has poured methane gas into the air since October has been "temporarily controlled," according to a utility company in Southern California. Thousands of people have been forced to leave their homes in an upscale section of the San Fernando Valley.

"Many residents of the Porter Ranch community complained of headaches, nosebleeds and other symptoms," Danielle Karson tells our Newscast unit from Los Angeles. "State regulators need to inspect the broken pipe before cement is poured into the well to permanently seal it."

The leak was first reported in late October and has since spewed more than 5 billion cubic feet of natural gas. Since then, the leak has forced more than 6,000 residents to evacuate the area northwest of downtown Los Angeles.

"Our residents, who have had to deal with this crisis since October 23rd and have had their holidays ruined and forced them out of their homes and schools, now have to bear the burden of rebuilding normal lives — still face uncertainty and fear of a repeated disaster from the remaining wells."

The leak occurred at Southern California Gas Co.'s Aliso Canyon natural gas storage field, spewing more greenhouse gases than any other facility in California, according to The Los Angeles Times. In addition to allowing huge amounts of methane — a potent greenhouse gas — to escape, the utility is accused of understating the levels of the cancer-causing chemical benzene.

Paula Cracium, who lives in the area, says residents are eager to return home — and apprehensive about returning to normal.

"There's going to be a version of PTSD as people move back into their homes," Cracium tells Karson in a report for NPR's Newscast. "Every time they smell something, they're scared it's happening again."

Once the area is declared safe to inhabit, residents will be given eight days to get back into their houses. After that point, subsidies for temporary housing will expire. Some residents are pushing for a longer timeline — up to 30 days — to be sure the area is safe, KPCC reports.

News of the temporary plug comes weeks after state regulators told SoCalGas that when it finally seals the leak, the utility, a subsidiary of Sempra Energy, must also shut down the well permanently.

"After the leak is permanently sealed, the company's troubles won't be over," Karson reports. "It's getting slapped with almost a dozen lawsuits from families, businesses and regulators claiming negligence."