Accessibility links
Fighting In Syria Intensifies Ahead Of Proposed Truce : The Two-Way Turkey is shelling Kurdish forces in Syria. Russia is waging air strikes to bolster an advance by Bashar Assad's government. Prospects for a truce aren't looking good.

Fighting In Syria Intensifies Ahead Of Proposed Truce

Fighting In Syria Intensifies Ahead Of Proposed Truce 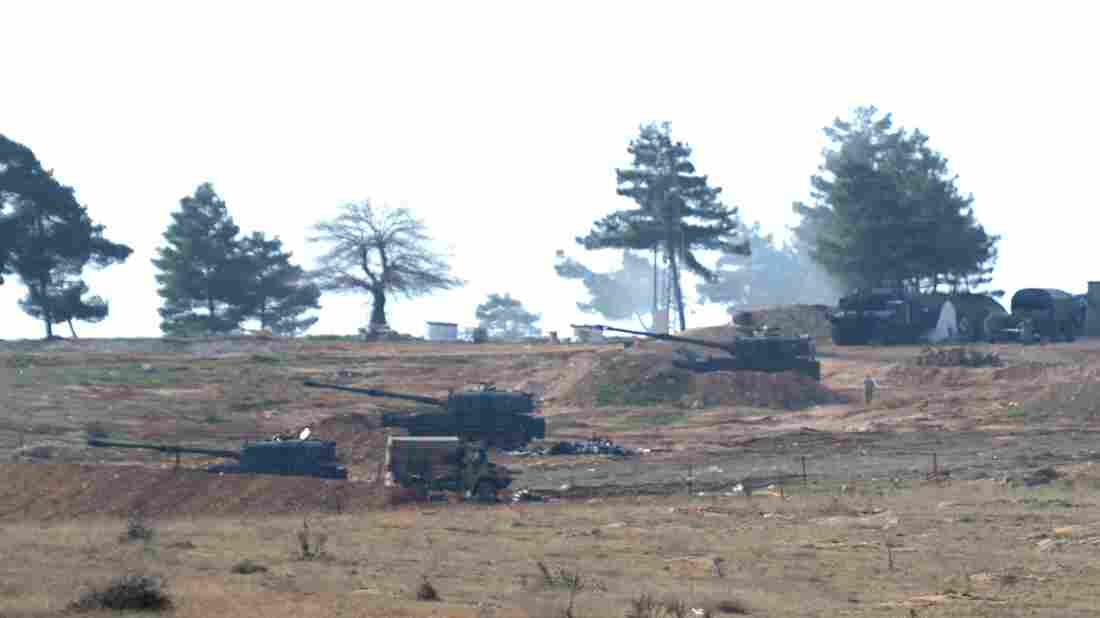 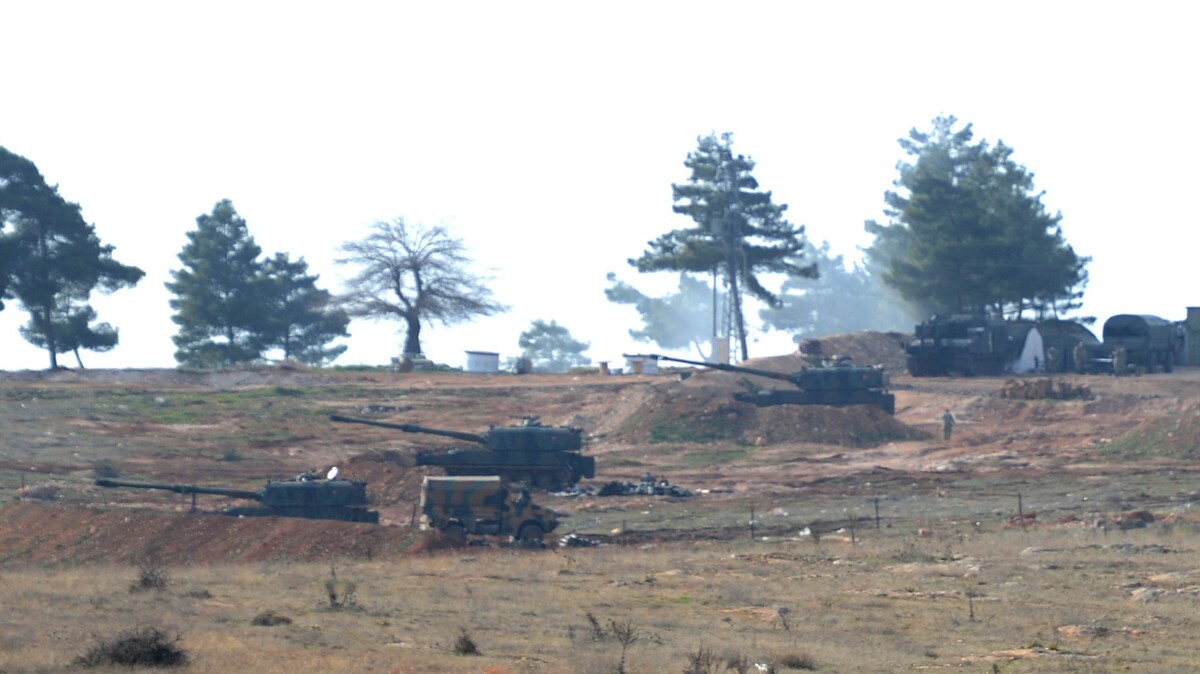 From Turkish side of the Syrian border, Turkish army howitzers shell Kurdish targets in Syria on Sunday.

Just a few days ago, major world powers announced they would work on a plan to stop hostilities in Syria within a week. The proposed agreement would be temporary, and would fall short of a full cease-fire.

Instead, the nations involved have agreed "to encourage their proxies to cease hostilities in a week with an eye to a more permanent cease-fire down the road," NPR's Michele Kelemen explained Friday.

Since then, fighting on the ground has only intensified.

On Saturday and Sunday, Turkish forces shelled Kurdish positions in northern Syria — targeting Kurdish fighters who are seen as allies by the United States.

"The Turkish artillery barrage is targeting areas held by the PYD, Syrian Kurdish fighters who the U.S. has praised for their toughness in battling the Islamic State. Ankara sees the PYD as a terrorist group aligned with Kurdish militants in Turkey, the PKK."

Peter also reports that Saudi military jets have arrived at Incirlik Air Base in Turkey, "to join the anti-ISIS coalition which launches strikes against ISIS targets," according to a Saudi military spokesman.

Iran, for its part, said on Sunday that it is willing to provide air assistance to Assad's government. Tasnim, a semi-official news agency, quoted a general as saying Iran would "vigorously" help the Syrian government with air defense — in an "advisory" capacity — if Assad should request it.

"Fighting and airstrikes continued elsewhere in the country Sunday, including in rebel-held suburbs of the capital Damascus," the AP adds. "Opposition activists reported Syrian army helicopters dropped around 10 barrel bombs on the town of Daraya."

What's at stake if this fighting continues unabated? The Two-Way Blog broke it down in this story on Thursday:

"The war in Syria has already killed a quarter of a million people, and that stands to rise if this falls through.

"Meanwhile, the humanitarian situation grows steadily worse. The United Nations said today that some 300,000 people are at risk of being placed under siege in Aleppo, which was Syria's largest city before the war began.

"A failure to get the Syrian regime in the same room as the opposition would mean more death and misery for thousands of people in Syria – and drive more to seek safety in neighboring countries and Europe."