Accessibility links
6 Major Supreme Court Cases That Would Have Been Different Without Scalia : The Two-Way During Obama's tenure, Justice Antonin Scalia sided with a 5-4 majority in many important cases. We look back at some of them. 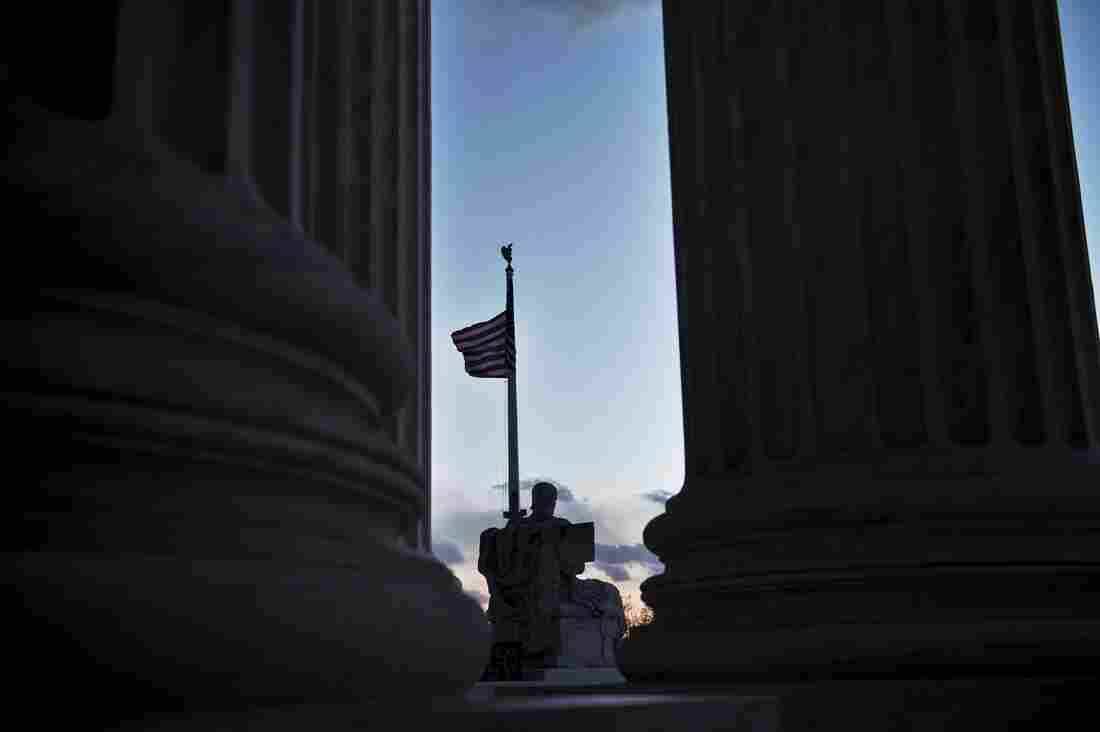 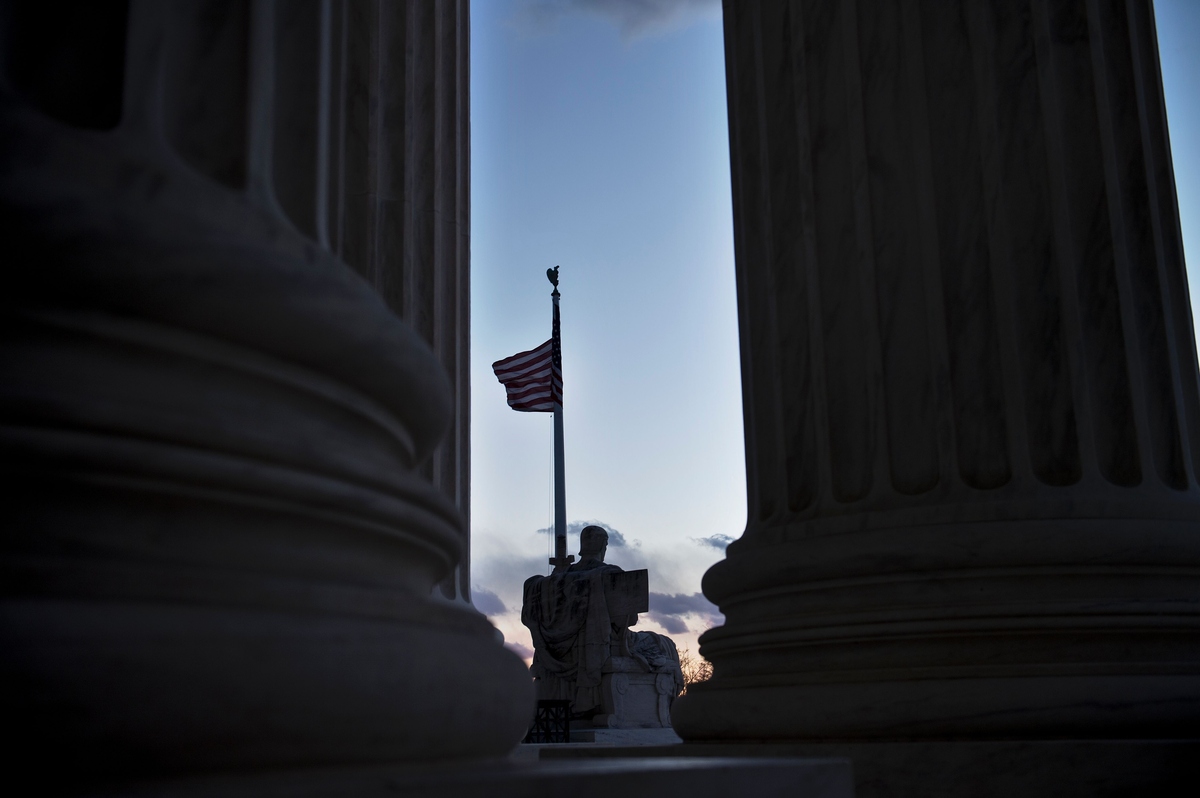 The U.S. Supreme Court is seen on Saturday in Washington, DC, following the announcement of the death of Supreme Court Justice Antonin Scalia.

That led to many decisions that were decided by a razor thin 5-to-4 margin. To gauge Scalia's importance, we dug through the Supreme Court Database and found that during Obama's presidency, 53 cases have been decided by a 5-4 majority that included Scalia.

Here are six cases that could have turned out vastly different without Scalia: