Accessibility links
Scalia And Leonard Nimoy: Justice's Death Spurs Conspiracy Theories : The Two-Way The second-guessing started when the cause of Antonin Scalia's death was established over the phone by a local justice of the peace and no autopsy was ordered. 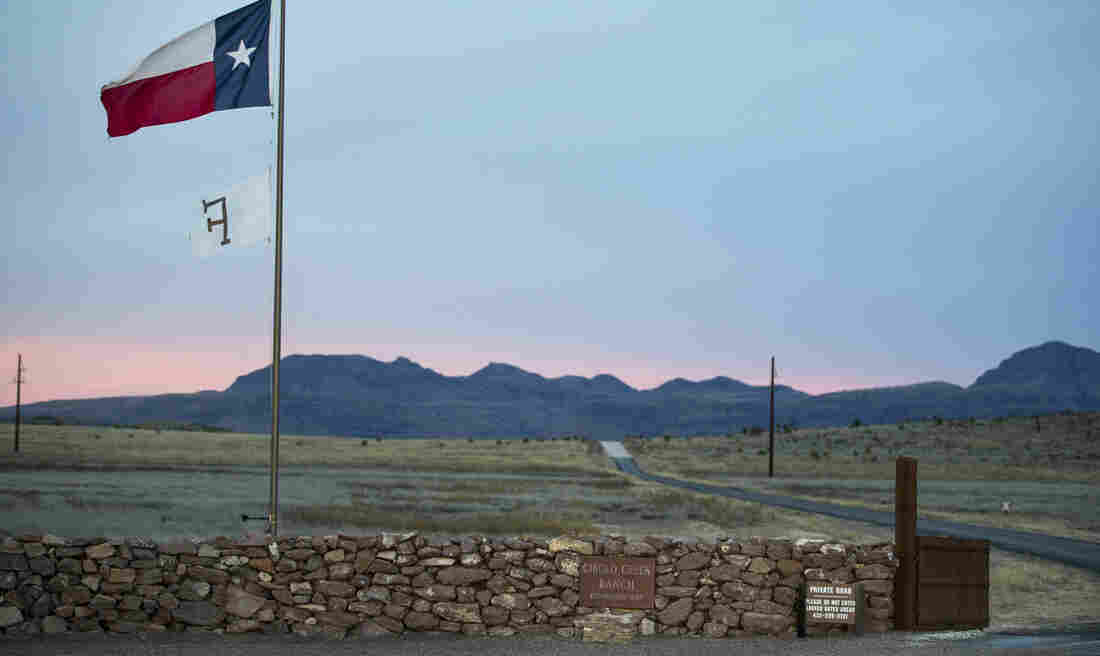 The Texas flag flies at the entrance to the Cibolo Creek Ranch on Sunday, the day after Supreme Court Justice Antonin Scalia was found dead there. Matthew Busch/Getty Images hide caption 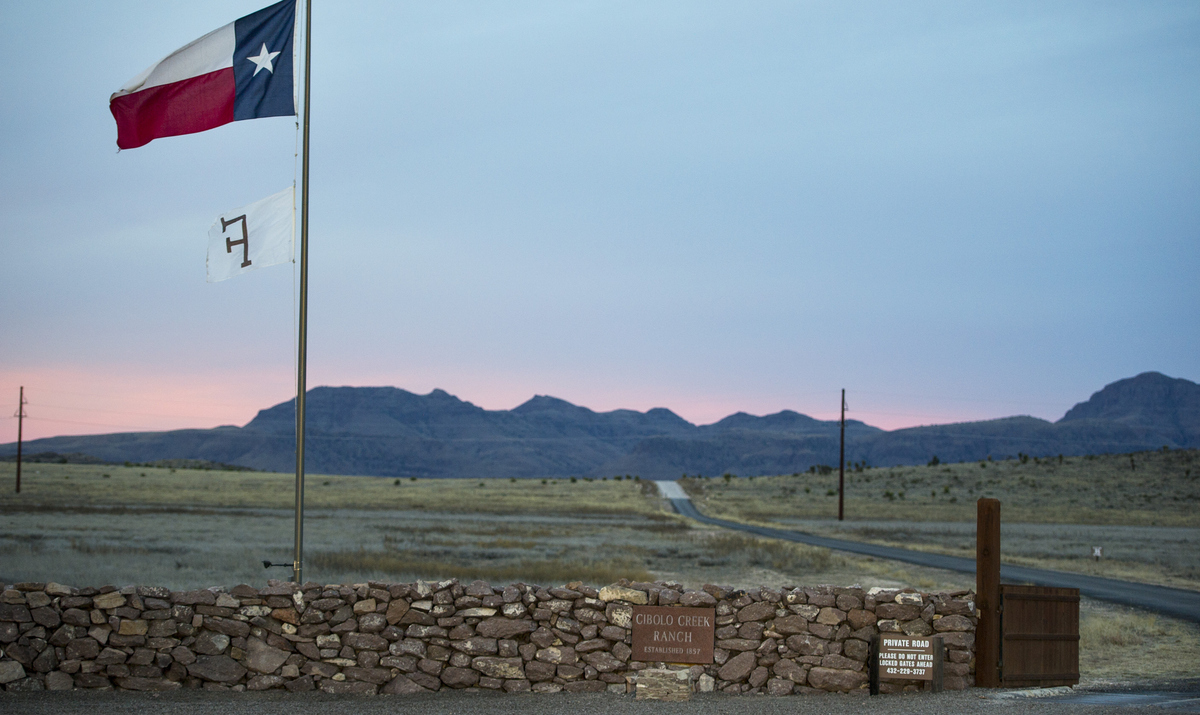 The Texas flag flies at the entrance to the Cibolo Creek Ranch on Sunday, the day after Supreme Court Justice Antonin Scalia was found dead there.

"My friends, it's Saturday night, this is an emergency transmission. Associate Supreme Court Justice Anthony Scalia died earlier today at a ranch outside Big Bend in South Texas. ... The question is, was Anthony Scalia murdered?"

So begins conservative talk show host Alex Jones' Internet video. Jones then quickly answered his dramatic query "Has the Bill of Rights and the Constitution been murdered?" Yes, he says, yes they have.

Jones' video has been watched more than 400,000 times and served as a national wake-up call for those who can't/won't/don't believe that Scalia died of natural causes.

"This is the season of treason," Jones says in the broadcast. "This is the time of betrayal. ... We know there is a foreign offshore coup over this country. ... This is hard-core." When law enforcement authorities quickly reported that Scalia's death appeared to be from natural causes, that was a major red flag for Jones. "I wonder if Clarence Thomas will die of a heart attack next week?" he asked, the skepticism emanating from his eyes.

The death of a great conservative justice was bad enough, but when the cause of death was established over the phone by a local justice of the peace — which is legal in Texas — and no autopsy was ordered, the second-guessing started. That Scalia reportedly was found with a pillow over his head didn't help matters.

The parody website HardDawn.com: Because Morning in America Won't Be Easy, which calls itself "the Internet's preëminent literary journal of prepping, patriotism and prophecy," took up the call: Did Leonard Nimoy Have Antonin Scalia Killed to Give Obama Enough Supreme Court Votes to Cancel the 2016 Election?

Here's how it's going to go: The Republican Party is waiting until Hillary Clinton is nominated to turn over to the FBI reams of documents that implicate the former secretary of state so profoundly that the Department of Justice will have little choice but to indict her. That's when President Obama will be forced to step in and cancel the presidential election to save the Democrats. Without Scalia, the U.S. Supreme Court will be helpless to stop it.

You're probably thinking, "Isn't Leonard Nimoy dead?" That's what Spock wants you to believe. HardDawn explains he's actually been consolidating Illuminati power since faking his own death. And Nimoy, referred to as "the Pinnacle of the Draco," is the "wild card" in a plot to assassinate Scalia.

In the world of conspiracy theories it's hard to separate the parody from the true believers. But if you believe these notions are all sound and fury signifying nothing, think again. They eventually compelled Presidio County Judge Cinderela Guevara to make public Scalia's private health information as told to her by the justice's doctor, Rear Adm. Brian Monahan. The doctor told her Scalia had a history of heart disease and high blood pressure so significant that surgery to repair an injured shoulder couldn't be risked.

This may be why his family was not interested in an autopsy, simply grateful for the peaceful circumstances of his demise.