Accessibility links
Aid Arrives In 5 Besieged Syrian Areas Ahead Of Planned 'Cessation Of Hostilities' : The Two-Way The "cessation of hostilities" was supposed to take hold Friday but doesn't appear imminent as consultations continue. But badly needed humanitarian aid has arrived for some 80,000 people. 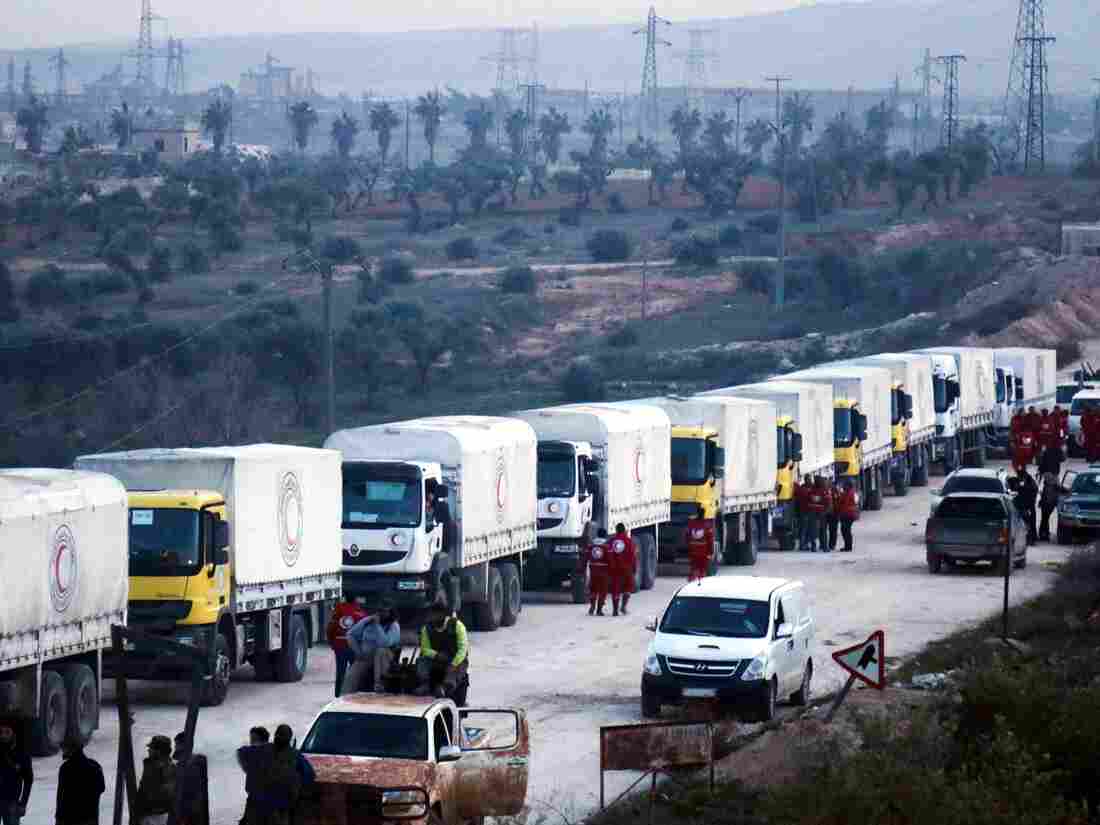 A convoy of vehicles carrying humanitarian aid sent by the United Nations moves toward the villages of Fua and Kafraya in Syria's Idlib province. Anadolu Agency/Getty Images hide caption 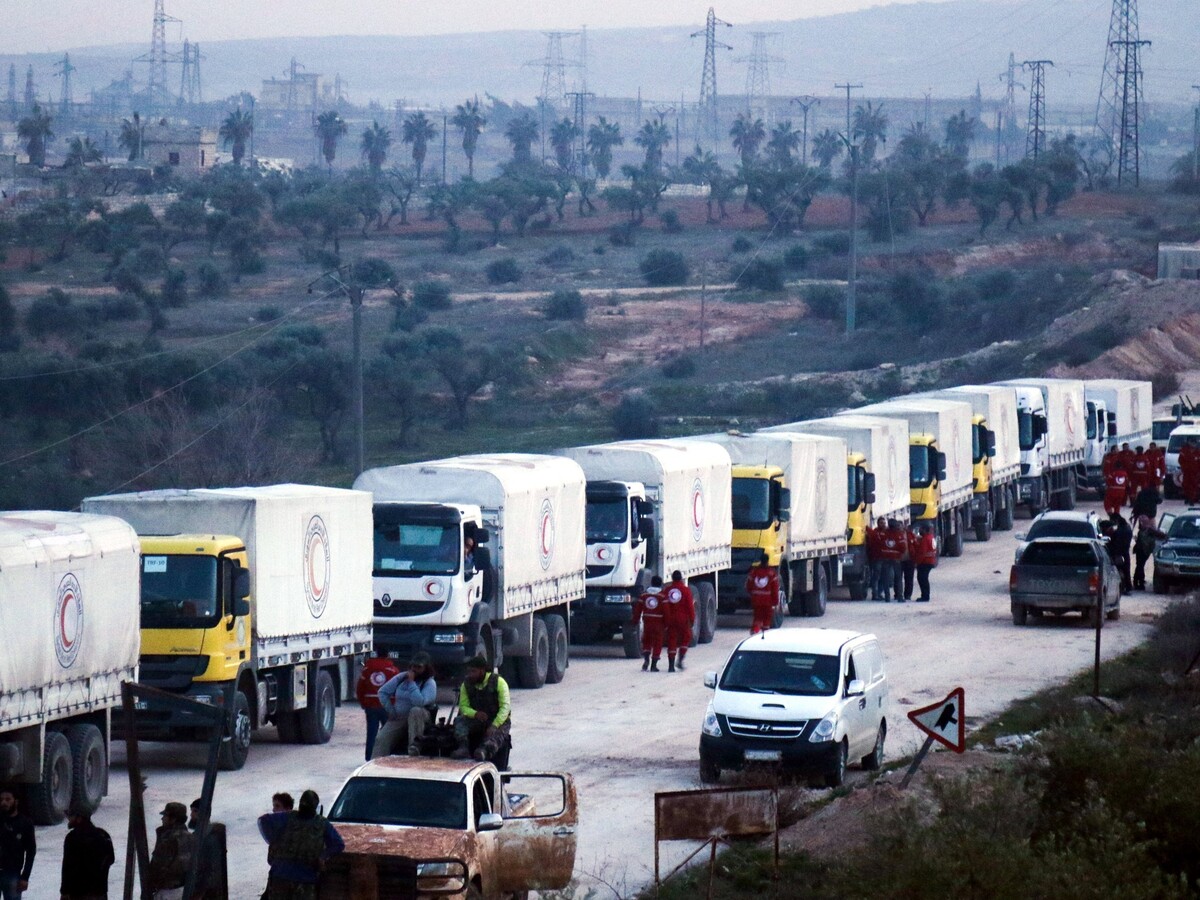 A convoy of vehicles carrying humanitarian aid sent by the United Nations moves toward the villages of Fua and Kafraya in Syria's Idlib province.

Just shy of a week ago, the U.S. and Russia announced they would work toward a "nationwide cessation of hostilities" in Syria within a week.

But as consultations continue, it appears less likely that the world powers supporting the plan will make the self-declared deadline.

U.S. State Department deputy spokesperson Mark Toner told reporters Wednesday that "we're pushing as fast as possible on this, recognizing that on both sides there have to be consultations on the ground before this group can come together and meet and seriously talk about a cessation of hostilities."

When pressed about timing and details, Toner concluded: "I can't get into too much detail about the mechanisms or the modalities or whatever of the cease-fire, cessation of hostilities."

The cessation announcement last week in Munich came out of talks aimed at reinvigorating Syrian peace negotiations, which had collapsed but are set to begin again on Feb. 25.

Although the "cessation of hostilities" doesn't seem imminent, the U.N. announced progress on another key issue: Aid convoys have been able to deliver badly needed humanitarian supplies to five besieged areas of Syria in the past 24 hours.

He adds that the U.N. hopes to access some 13 other besieged areas in the coming days. A total of 480,000 people in Syria are living under siege, he says.

Doctors Without Borders puts that number even higher: They say 1.9 million people in Syria are besieged. Multiple parties to the Syria conflict have used siege and starvation as a weapon of war.

Among the people that the U.N. is trying to access: at least 200,000 living under siege by the Islamic State in the eastern city of Deir ez-Zour, Egeland says, adding, "This can only be done by air drops, and the World Food Programme has now a concrete plan of doing so."

The people of Syria "have waited too long for relief and which we have in many ways failed for too long as an international community," he says.

"This marks a major humanitarian breakthrough in Syria, but we must remember that one-off and sporadic convoys can only provide temporary relief to hungry, desperate people," WFP Syria Country Director Jakob Kern said in a news release. "People need to eat every single day."

Egeland stressed the urgency of accessing hard-to-reach Aleppo, which was Syria's largest city before the war started.

Now, Syrian troops backed by Russian airstrikes have launched an offensive on rebel-held areas. The U.N. says 300,000 civilians are at risk of being put under siege.