Accessibility links
Pope Suggests Contraception Use May Be 'Lesser Evil' For Those Fearing Zika : The Two-Way The pope firmly ruled out abortion for pregnant women who fear effects of the Zika virus — but said that "in certain cases," contraception might be a lesser evil, without directly approving its use. 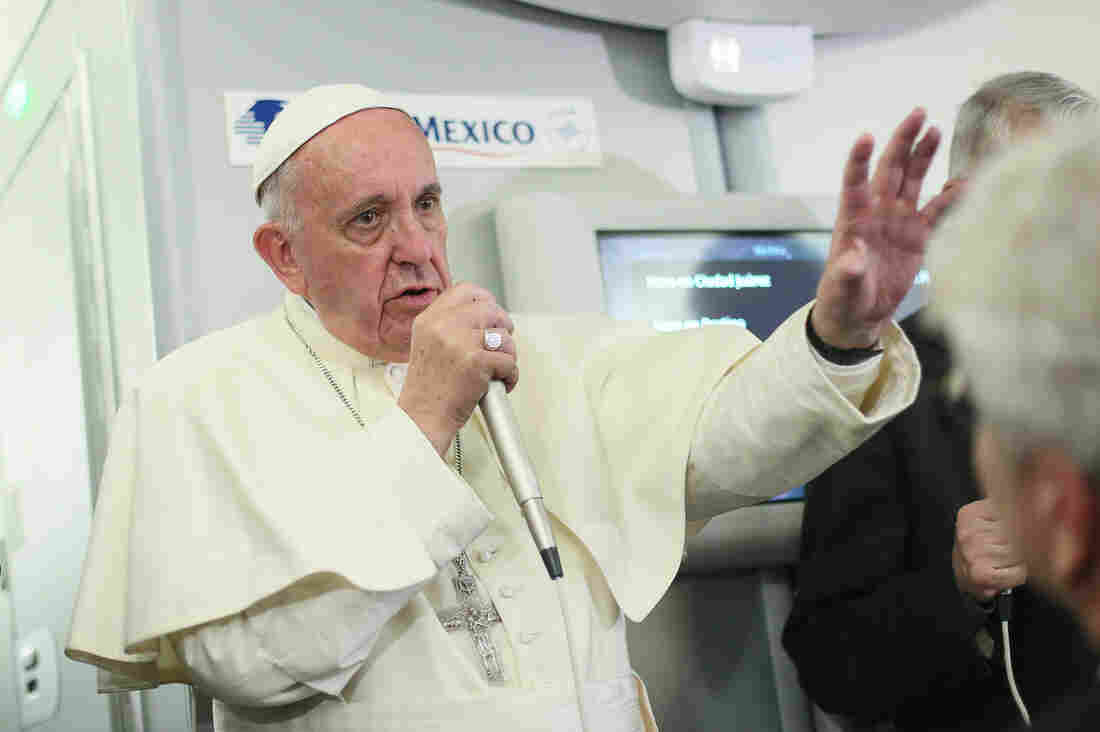 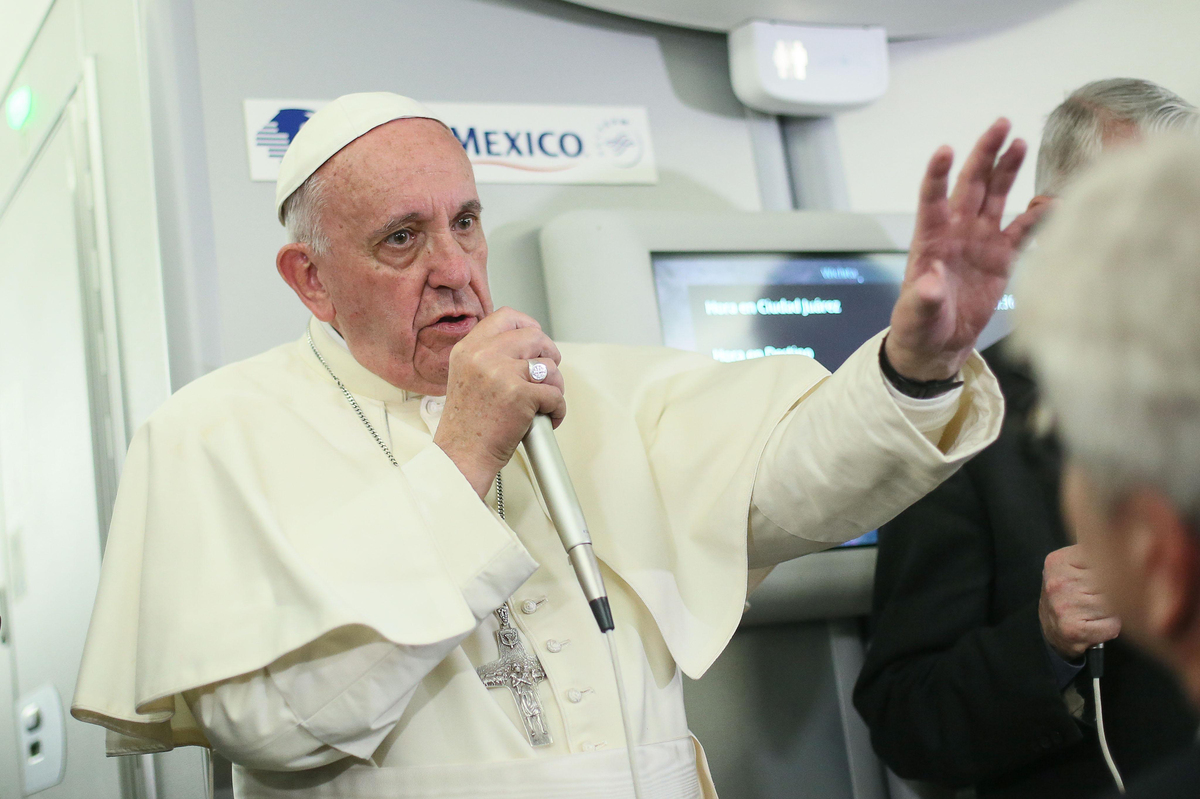 Pope Francis speaks to journalists Thursday aboard a flight from Mexico to Italy.

In wide-ranging comments aboard the papal plane, Pope Francis suggested to reporters that it might be acceptable for those fearing the Zika virus to use contraception.

There are concerns that the Zika virus, currently raging across Latin America, may be linked to cases of microcephaly, a severe birth defect.

A reporter on the plane had asked the pope how he felt about advice from some authorities that women at risk of Zika have abortions, and whether contraception would be the lesser of two evils, The Associated Press reports.

But contraception is different, the pope said, noting that "avoiding pregnancy is not an absolute evil," the AP writes.

The Vatican press office described the pope's remarks on contraception: "Using contraceptives to avoid pregnancy can be acceptable in difficult situations, he said, noting that Pope Paul VI authorized nuns in Africa to do the same half a century ago when they were threatened with rape."

That exceptional dispensation from Paul VI was not publicized at the time, the AP writes, and little is known about it.

In his remarks, Pope Francis also said that while he wasn't personally familiar with presidential candidate Donald Trump's plans for a wall between the U.S. and Mexico, anyone who proposed such a wall "is not Christian."

"A person who thinks only about building walls, wherever they may be, and not building bridges, is not Christian. This is not in the Gospel," the pope said, according to the Catholic News Agency.

Trump has responded, saying in a statement, "If and when the Vatican is attacked by ISIS, which as everyone knows is ISIS's ultimate trophy, I can promise you that the Pope would have only wished and prayed that Donald Trump would have been President because this would not have happened."

He also called it "disgraceful" for the pope to question his faith.