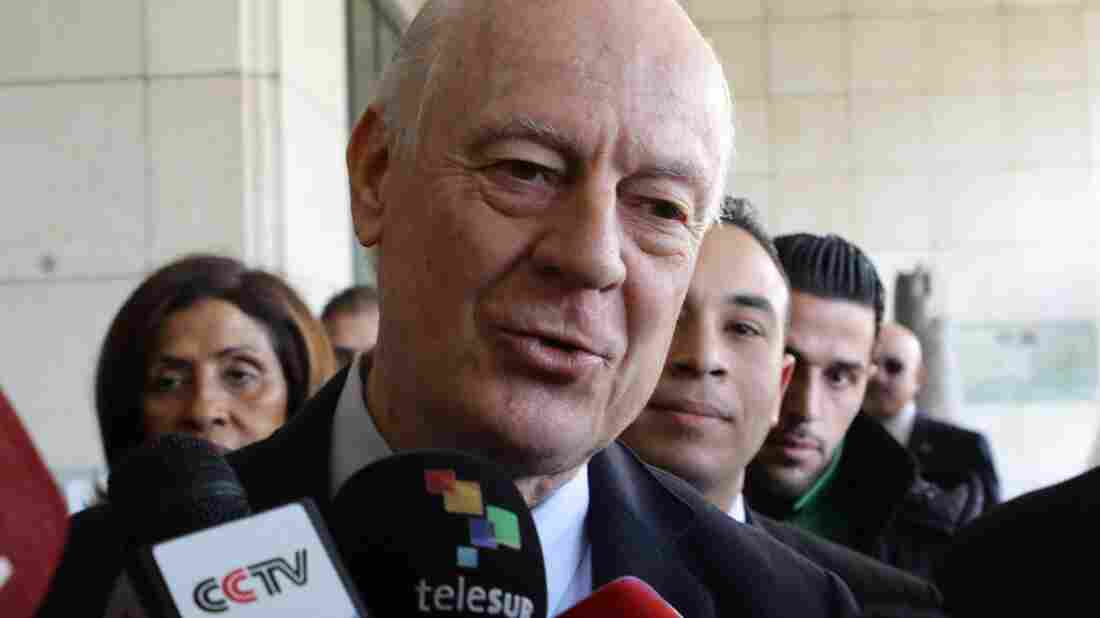 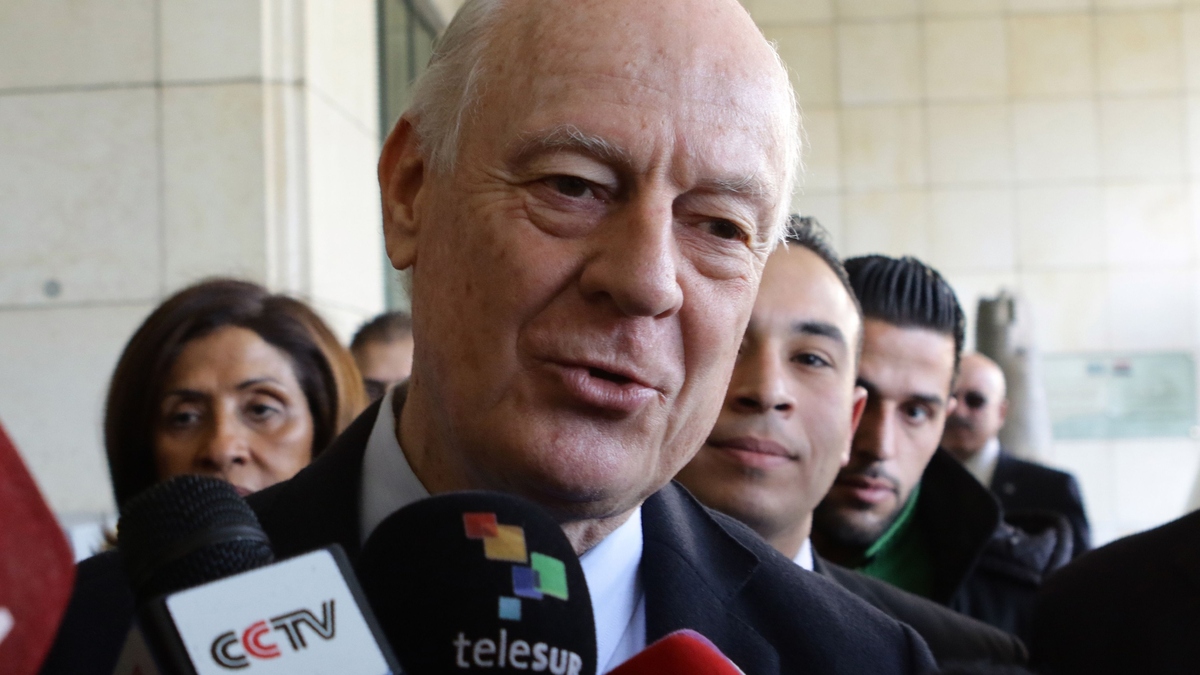 Saying he won't hold Syrian peace negotiations until there's a chance of success, U.N. Special Envoy for Syria Staffan de Mistura is delaying talks that had been slated for next Thursday.

The envoy discussed the delay in an interview with Swedish newspaper Svenska Dagbladet, saying he can't "realistically" call for negotiations on Feb. 25.

De Mistura plans to meet with U.S. and Russian officials today to discuss the details of a "cessation of hostilities" in Syria — something the world powers agreed to one week ago at a session in Munich.

"I hope that the USA and Russia, with their parties, will agree on a beginning of a cessation of hostilities within a week," de Mistura said today.

In the week since the cessation plan was announced, much-needed humanitarian aid was allowed to reach five besieged areas of Syria, as the Two-Way reported Thursday.

But a Syrian official cast doubt on the chances that a cease-fire might begin today, saying that terrorists must be defeated before any cessation of hostilities.

"The minister, Omran al-Zoubi, made the defiant comments to state television," NPR's Alice Fordham reports for our Newscast unit. "The plan has shown little sign of materializing amid continued heavy fighting. But Russia's ambassador to the U.N., Vitaly Churkin, said in a newspaper interview that Russia expected its ally, President Bashar al-Assad, to respond to cease-fire calls. He said Syria should follow Russia's leadership on resolving the crisis."

Despite talk of a cessation, violence has continued in many parts of Syria — from Russian airstrikes to Turkish cross-border bombardments. And now comes word that Syrian rebels are on the brink of defeat in northern Syria.

"In recent days, activists say several rebel factions have heeded a call for reinforcements north of the city of Aleppo. A photo shared by activists purports to show rows of fighters praying at sundown before beginning their journey.

"They have lost so much territory to Russian-backed Kurds to the west, ISIS to the east and the regime to the south, that the only way they can now move between their northern bastions is by going through Turkey."