Accessibility links
Ugandan President Wins 5th Term In Election Held Under 'Intimidating Atmosphere' : The Two-Way Ugandan President Yoweri Musevani, who has been in power for 30 years, won more than 60 percent of the votes. Observers say the vote fell short of democratic. 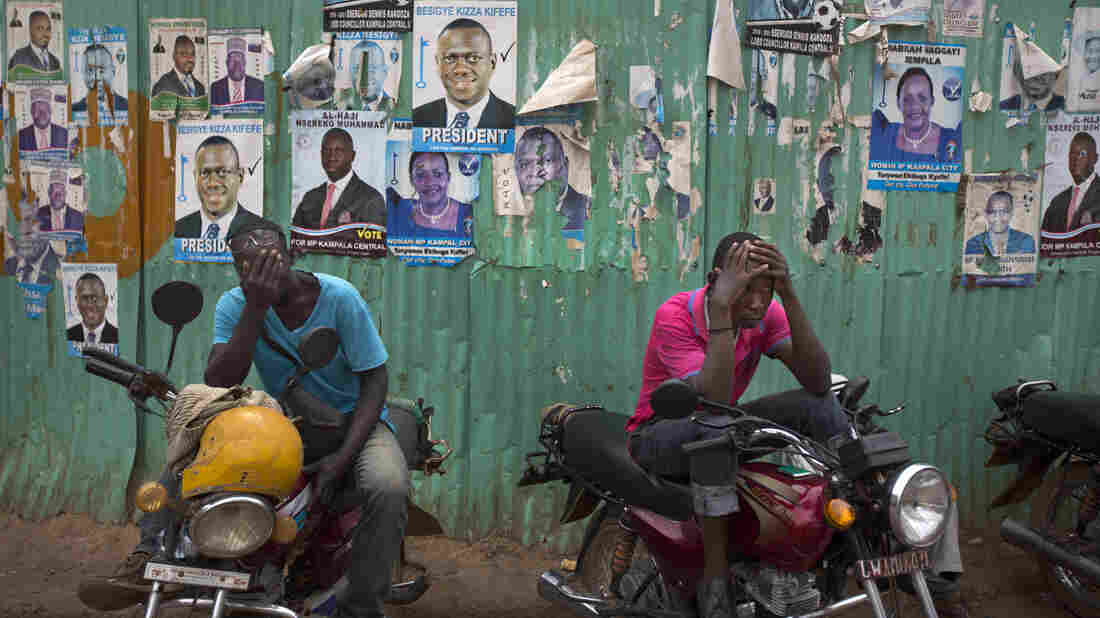 Dejected opposition supporters who work as motorbike taxi drivers hold their heads in their hands shortly after the election result was announced, in downtown Kampala on Saturday. Ben Curtis/AP hide caption 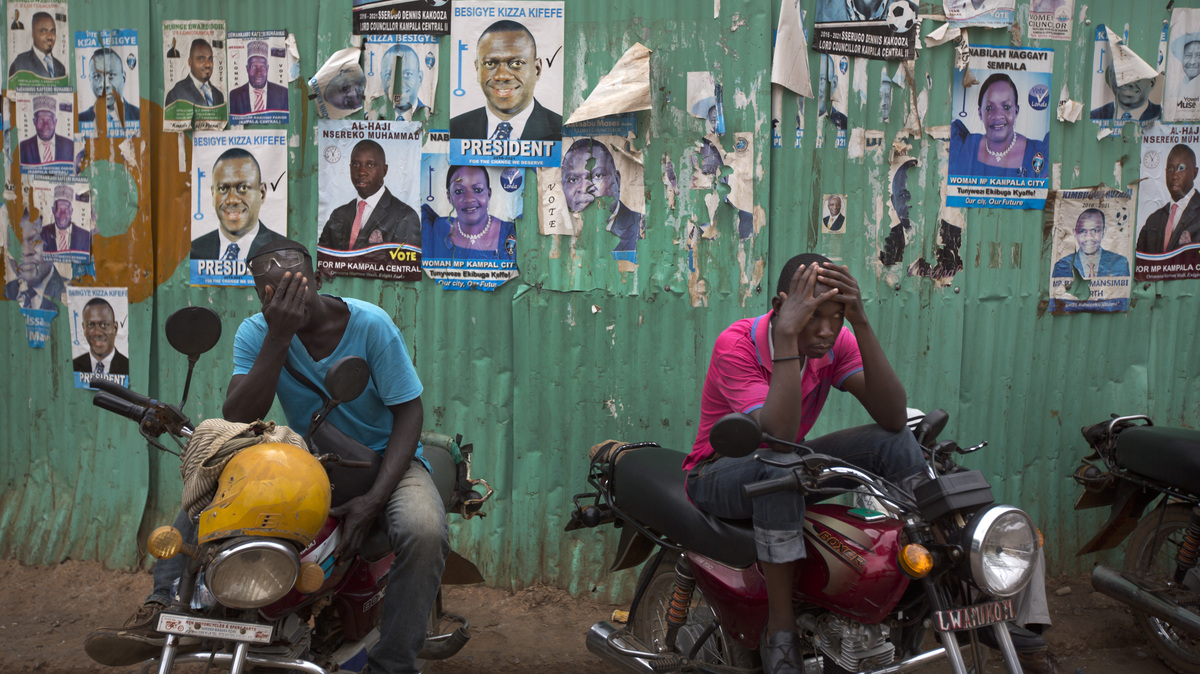 Dejected opposition supporters who work as motorbike taxi drivers hold their heads in their hands shortly after the election result was announced, in downtown Kampala on Saturday.

Museveni, a former guerilla leader, came to power 30 years ago when he toppled brutal dictator Idi Amin. This is the fourth election where Musevani has faced multiple candidates.

Elections observers from the European Union say this vote took place in an "intimidating atmosphere for both voters and candidates." The observers say they "received reports of intimidation and harassment of opposition parties by security agencies as well as arrests of supporters and voters from more than 20 districts."

The most prominent opposition candidate, Kizza Besigye, "was detained by police who burst into his election headquarters in the capital, Kampala, just as he was about to start a press conference to dispute the election process," as we reported.

Now, Besigye is under house arrest, according to a statement he posted Saturday on Facebook.

"The regime is baring its bloodied fangs and claws for all to see," Besigye says. "This has not been an electoral process. This is a creeping military coup."

He accused the government of fraud and called for the international community to reject the election results.

The EU observed "markedly late delivery" of ballots to areas like the capital Kampala where opposition figures were likely to do well.

As NPR's Gregory Warner tells our Newscast unit, "Young urbanites are more likely to be opposed to Museveni's rule — [which is] seen as deeply corrupt." But "rural voters still hail him for bringing peace and security to Uganda."

NPR's Kevin Beesley says Musevani has been "has been praised for helping Uganda achieve economic growth and for leading a successful campaign against HIV/AIDS, but has been criticized over alleged human rights abuses by his security forces."

The EU monitors pointed to several bright spots in this election: Ugandans were willing to wait in long lines to cast their votes, and it was the first time Uganda has seen a presidential debate with all the candidates participating.