Accessibility links
U.N. Defends Its Role During South Sudan Attack That Killed 18 Civilians : The Two-Way Violence at a camp in Malakal, which is managed by the U.N., erupted on Feb. 17. A spokesperson expressed sympathy for lives lost but insisted the world body was able to protect many thousands more. 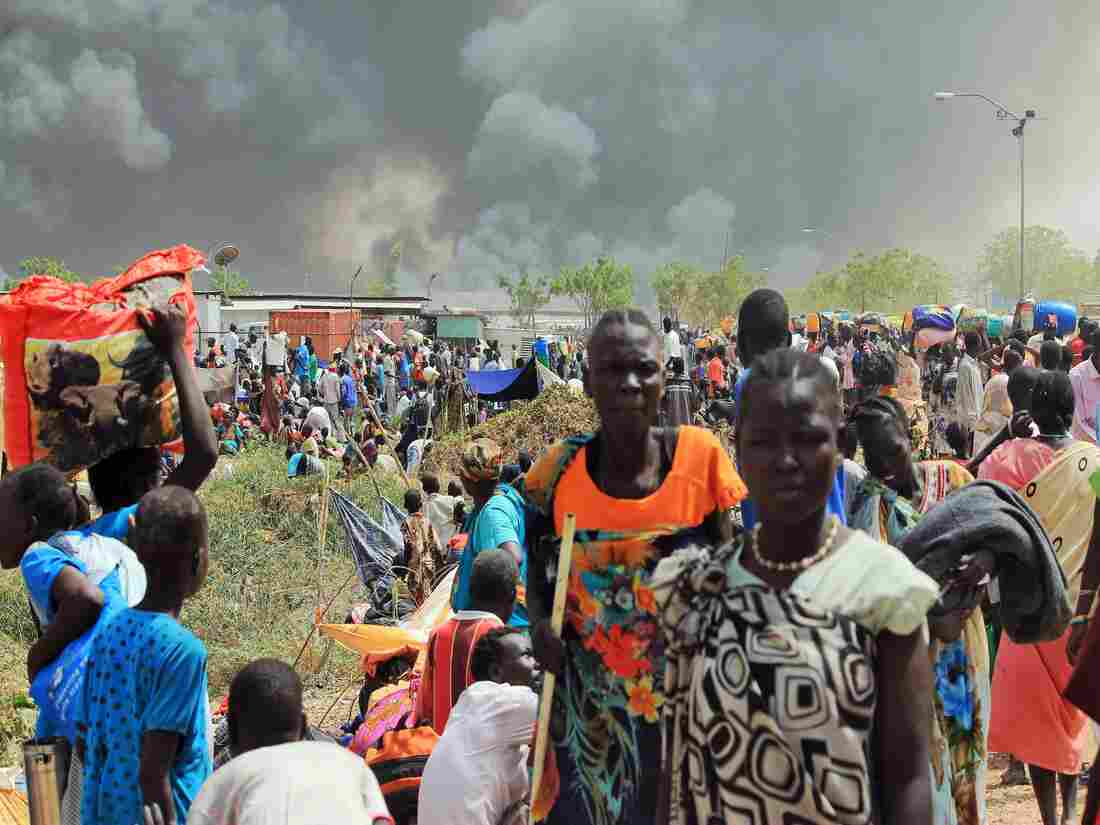 South Sudanese civilians flee fighting in the northeastern town of Malakal on February 18, 2016, where gunmen opened fire on civilians sheltering inside a United Nations base. AFP/Getty Images hide caption 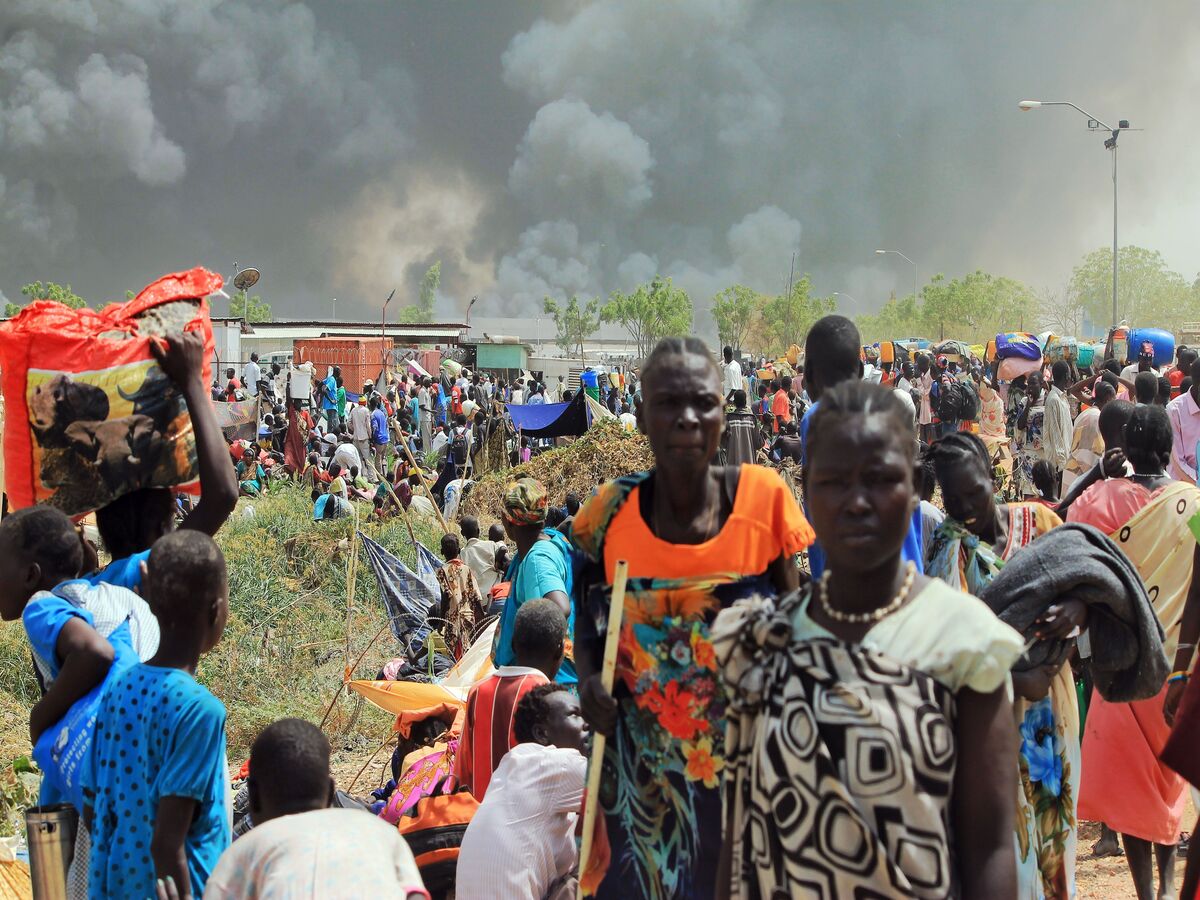 South Sudanese civilians flee fighting in the northeastern town of Malakal on February 18, 2016, where gunmen opened fire on civilians sheltering inside a United Nations base.

A sustained armed attack at a camp for displaced people in South Sudan killed at least 18, according to a U.N. spokesperson.

The violence at the camp in Malakal, which is managed by the U.N. Mission in South Sudan [UNMISS], erupted on Feb. 17.

The U.N. reported that soldiers in government uniforms were "entering the UNMISS camp and firing on civilians...[and] looting and burning...tents."

NPR's Jason Beaubien in Juba reported that the U.N. spokesperson, Ariane Quentier, apologized for failing to protect the civilians. Quentier later clarified that she was expressing sympathy for the victims, and insisted, "UNMISS stands firm by its commitment to protect civilians and did protect civilians within its capacity in Malakal."

In a report to NPR's Newscast unit, Beaubien said:

"Nearly 50,000 people who've fled South Sudan's civil war were seeking shelter inside the camp ringed by razor wire and patrolled by U.N. troops. Flames swept through the camp, destroying more than a third of the compound and forcing roughly 20,000 people to flee into a staging area for humanitarian supplies.

"This is not the first deadly attack on a U.N. Protection of Civilians camp in South Sudan. Fighting at a camp patrolled by U.N. troops in 2014 left more than 40 people dead."

The Daily Beast, reporting from Malakal, said the camp housed people from three different ethnic groups and the gun battle stoked tensions among them. Here's their account:

"After the SPLA troops, many from the Dinka tribe, breached the gate, there was a brief firefight, and the [Protection of Civilians] site quickly became a war zone. Militias from all three main ethnic groups in the camp began shooting, according to UN security personnel who spoke on the condition of anonymity. Civilians, including children, were trapped by the gunfire.

"In the afternoon, those who had fled outside of the POC returned in an attempt to collect what belongings had not turned to ash. The dirt road between the POC site and the base of UNMISS (United Nations Mission in the Republic of South Sudan) became a highway of misery, as people carried furniture, wood, and water to brace for a long stay outside of the camp."

South Sudan's warring parties had signed a peace agreement last August. But according to a statement last week from Assistant Secretary-General for Human Rights Ivan Šimonović, "the reconciliatory rhetoric propagated by government and opposition actors has deflected from the fact that the parties to the conflict continue to attack, kill, abduct, rape, arbitrarily detain, and forcefully displace civilians, and pillage and destroy their property."