Accessibility links
John Brennan On The FBI-Apple Standoff, ISIS And His Future At The CIA : The Two-Way CIA Director John Brennan sits down with NPR's Mary Louise Kelly for a wide-ranging interview at the agency's headquarters in Langley, Va.

U.S. Spy Chief On Apple, ISIS And His Future At The CIA

Listen To Part 2 On 'All Things Considered' 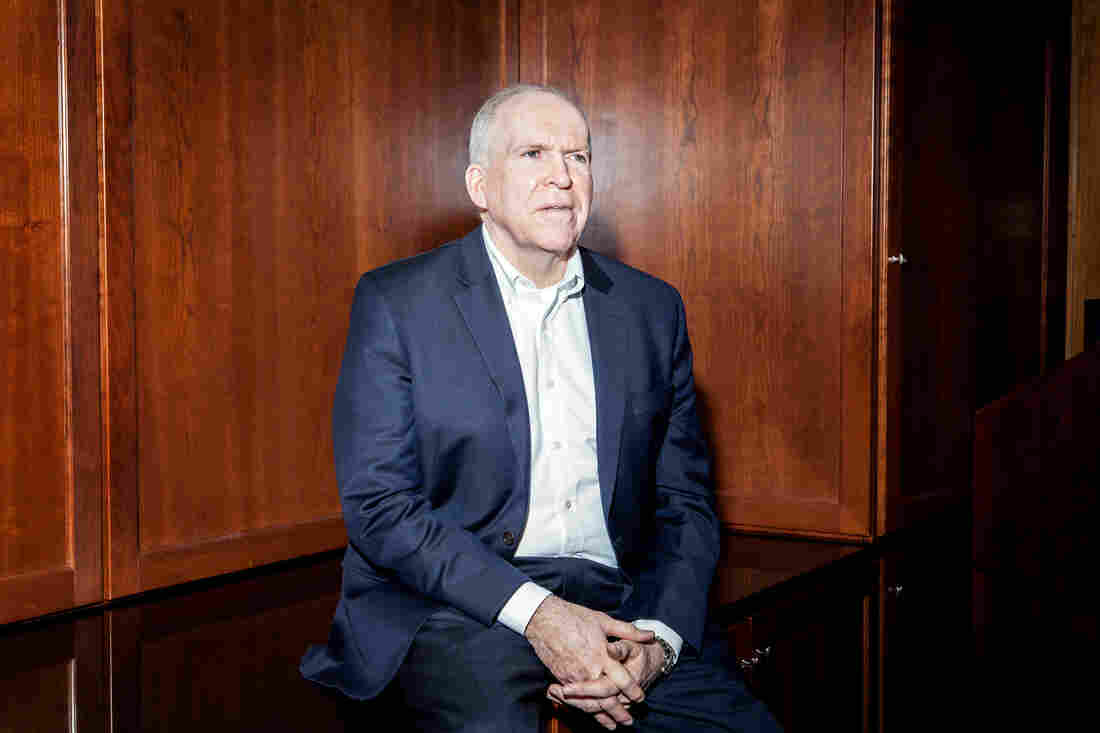 CIA Director John Brennan discussed ISIS, the FBI-Apple dispute over an iPhone, the state of the Iran nuclear deal, and his future plans as President Obama's term draws to a close. Ariel Zambelich/NPR hide caption 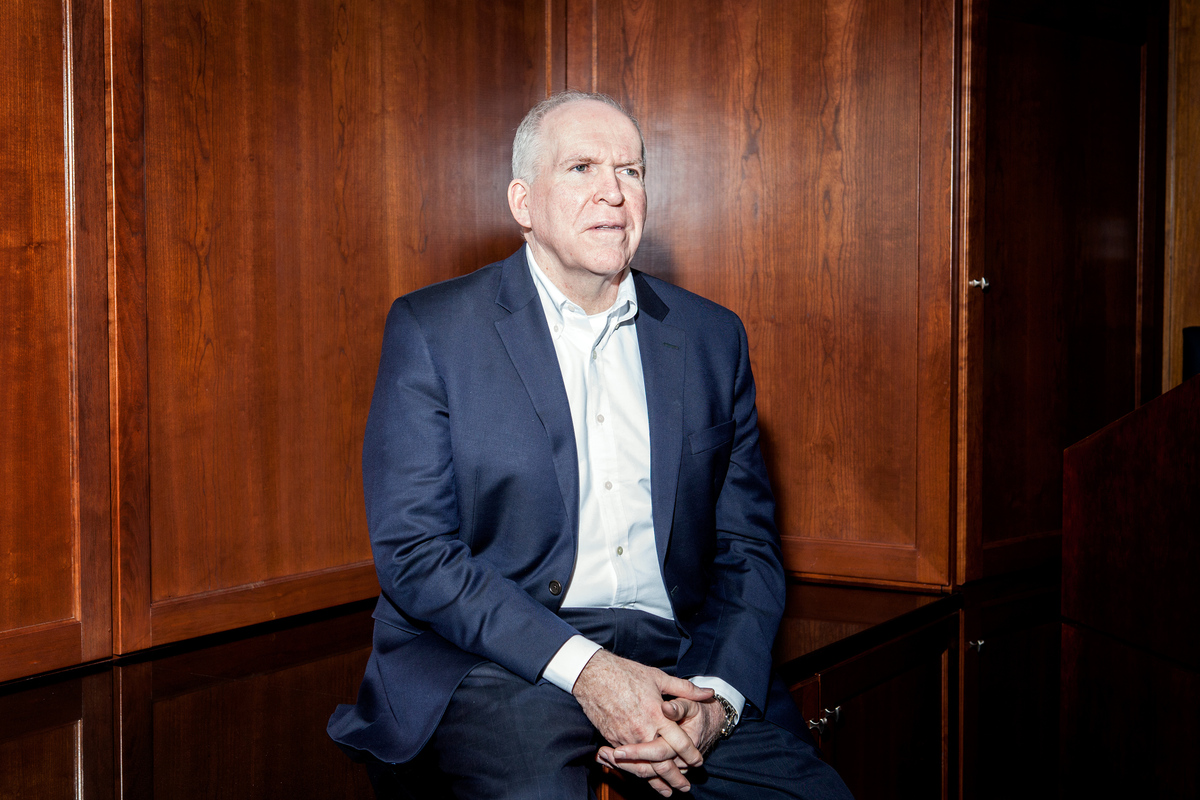 CIA Director John Brennan discussed ISIS, the FBI-Apple dispute over an iPhone, the state of the Iran nuclear deal, and his future plans as President Obama's term draws to a close.

John Brennan is walking with a limp these days — a testament to the hazards of shoveling your own driveway. Even the director of the CIA had to dig out just like the rest of us, after last month's blizzard shut down Washington, D.C.

But this past weekend, once he settled into a leather armchair at the head of the table where he holds daily staff meetings, Brennan held forth on subjects ranging from Syria to cybersecurity to the state of ISIS. NPR interviewed Brennan on Saturday at CIA headquarters in Langley, Va.

On the FBI/Apple dispute over the San Bernardino iPhone:

BRENNAN: What would people say if a bank had a safe-deposit box, or a storage company had a storage bin, that individuals could use and access and store things, but the government was not going to be able to have any access to those environments? And so criminals, terrorists, whatever, could use it. So what is it about electronic communications that makes it unique in terms of it not being allowed to be accessed by the government when, again, the law, the courts, say that the government should have access to it? So these are things that need to be worked through.

MARY LOUISE KELLY: Is that a yes, that you think Apple should be forced to help the FBI in this case?

BRENNAN: I think that the FBI clearly has a legitimate basis to try to understand what is on a phone that is part of a very active investigation; again, consistent with what their responsibilities and authorities are.

On the state of ISIS:

BRENNAN: There is greater global attention now to ISIS than there was to al-Qaida after 9/11, because I think people felt as though al-Qaida was really focused on the United States and the West, while ISIS has a much broader array of targets. It has a very strong anti-Shia aspect to its engine of terror. It also is going into areas where al-Qaida never even ventured. So I think it's seen as more of a threat, not just to individuals, but also to economic and commercial and other types of interests globally. ... It's much larger than al-Qaida ever was.

On the state of al-Qaida:

BRENNAN: It's much smaller, it's been neutered in many areas. But it still has a fair amount of capability when you look at Yemen — al-Qaida in the Arabian Peninsula. Al-Qaida still exists inside of Syria — Jabhat al-Nusra. And then you have al-Qaida core in Pakistan-Afghan area. So it's still a lethal organization. It has been contained in many respects. It has been bloodied and damaged. But it's still out there.

On where ISIS leader Abu Bakr al-Baghdadi would be held if he were captured tomorrow:

BRENNAN: If he were to be captured. ... As his name suggests, al-Baghdadi, he's an Iraqi. We work very closely with the Iraqi government and the security intelligence services. And depending on where he was captured, I think whatever prevailing legal systems were there at the time, it would be addressed that way. So a lot of these individuals are put into the judicial system or the penal system of the country where they're captured.

On whether the CIA would prefer to capture and interrogate terrorists, rather than target and kill them:

KELLY: Even though it's incredibly complicated where you put them now, and how you interrogate them? 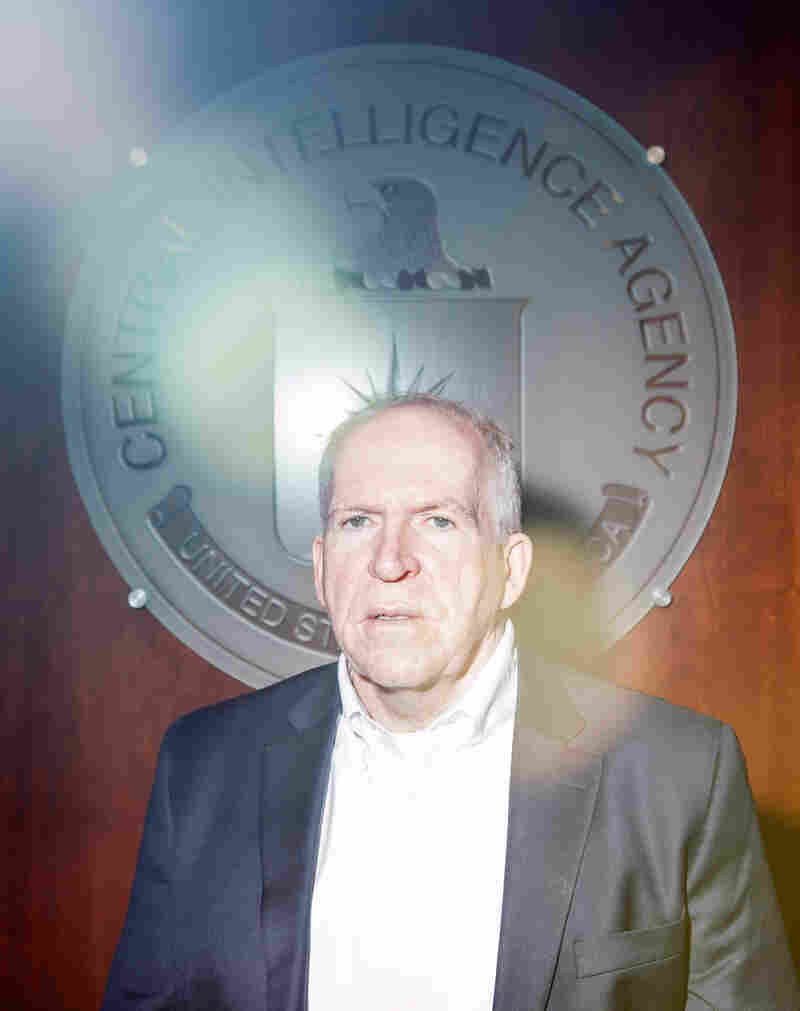 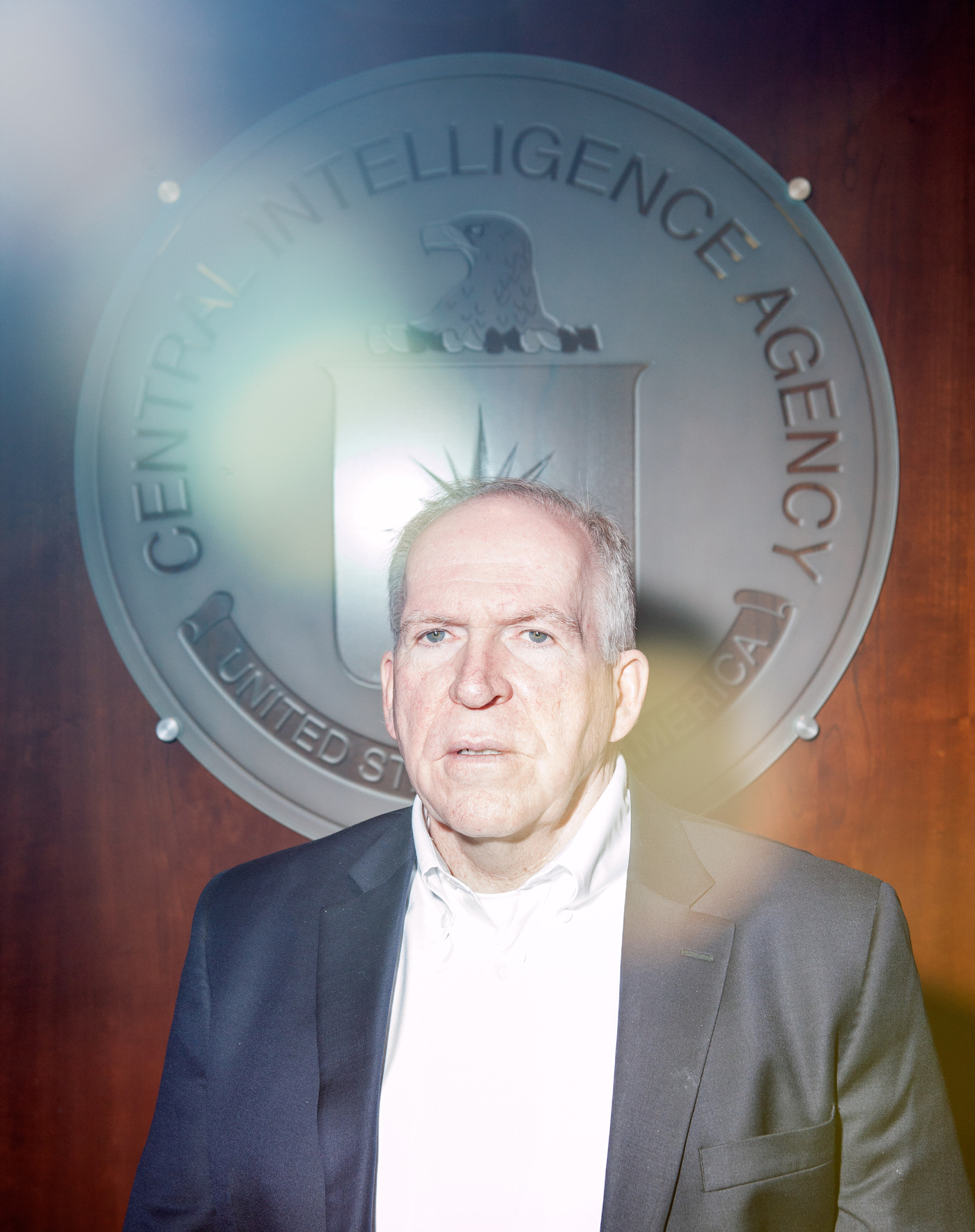 BRENNAN: See, I don't think it's incredibly complicated. I think sometimes there are challenges, again, depending on the circumstances. But usually, we work in concert with our partners around the globe — law enforcement, security intelligence agencies. ... We always look for opportunities to capture individuals, to arrest them. There is a determination made whenever the U.S. government decides to conduct a direct action against individuals, that there is not the option to capture them. And that calculus takes into account what the risks might be to the forces that would be used to capture.

On whether he would stay on, if the winner of the 2016 presidential election were to ask:

BRENNAN: I don't know when I will leave CIA. There are three people who determine that: the president, whether it's this one or the next one, myself, and my wife, who's been my partner for the last 37 years. She gets a vote in this, and I think will vote.

KELLY: As she should.

BRENNAN: Yes. And so I have absolutely the best job in the world. I work with some amazing people, the most dedicated, talented people I've ever had the opportunity to work with. Work on issues of great consequence to this country that I love, and that we're trying to do our best to keep this country safe. ...

KELLY: Did you just open the door a tiny crack to staying on in the next administration?

BRENNAN: I think I have a daily contract with the president. I serve at his pleasure, hopefully not at his displeasure. ... And so as I said, three people will make this decision collectively, and I think any one of them will have the opportunity to veto my continuing or deciding that I should stay.

On the nuclear deal with Iran:

BRENNAN: The intelligence work is not over in any respect. We need to continue to monitor, evaluate, make determinations, as well as provide input to the president, others, about how well Iran is adhering to that. So we're going to use the decades-long experience we've had following and watching the Iranian program to inform our assessments.

KELLY: Are you confident that if Iran cheats on the nuclear deal, U.S. intelligence will know?

BRENNAN: I'm confident that the CIA, along with our intelligence partners, both here in the United States and abroad, are going to do their utmost to catch Iran if it decides to cheat.

On whether the CIA is arming and training opposition forces in Syria:

BRENNAN: I think he has found that he's in a bit of a quandary now inside of Ukraine, in terms of realizing his objectives. Now in Syria, he's had a relationship with the — Russia has had a relationship with the government in Damascus for the past 50 years, has invested a lot of money, and a lot of military support. ... Mr. Putin is very assertive, very aggressive. He pursues Moscow's agenda in a variety of means. He does it with his intelligence and security services when he wants to hide his hands, but also, he's doing it rather overtly right now, obviously, with the introduction of thousands of Russian military personnel and sophisticated weaponry inside of Syria.

On what moment stands out in his 35-year career in U.S. intelligence: