Accessibility links
Plane Crash In Nepal Kills All 23 Aboard : The Two-Way The plane, with a crew of three and 20 passengers, reportedly flew into the side of a mountain. Two foreigners and two infants were aboard.

Plane Crash In Nepal Kills All 23 Aboard

Plane Crash In Nepal Kills All 23 Aboard 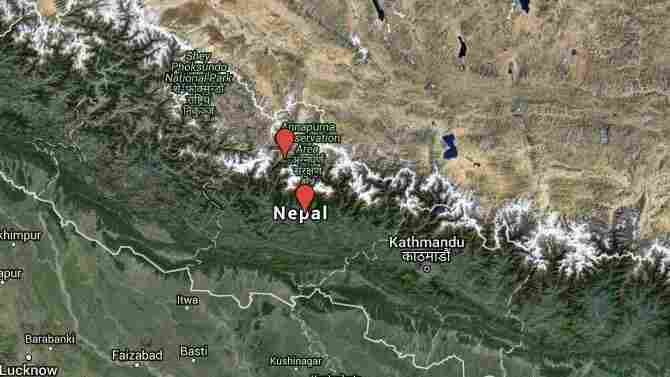 The Tara airline plane took off from Pokhara and was heading north to Jomsom, through a mountainous route. Google Maps hide caption 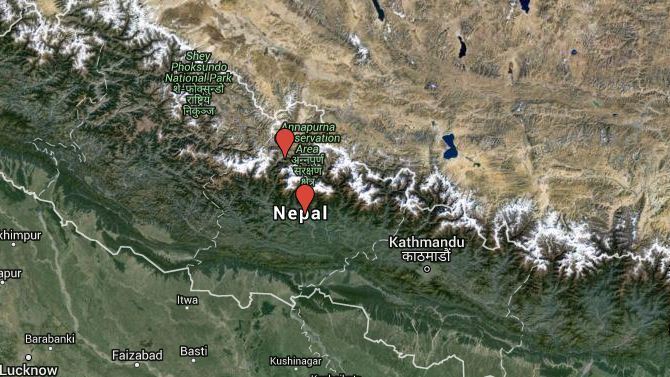 The Tara airline plane took off from Pokhara and was heading north to Jomsom, through a mountainous route.

Bad weather is seen as a possible cause for the crash of a small passenger plane in Nepal that was navigating between mountains in an area that's popular for treks and sightseeing. The plane, with a crew of three and 20 passengers, reportedly flew into the side of a mountain.

"All 23 people, including three crew members and two infants, who were on board the ill-fated Tara Twin-Otter plane, were killed in the crash at a remote location in Myagdi district of western Nepal," The Himalayan Times reports, citing local civil aviation officials.

The newspaper adds that two of the passengers were foreigners — a woman from China and a man from Kuwait. It also says that the airline has said the plane was a new one, with less than 300 hours of flying time logged.

Emergency crews were hampered by bad weather as they searched for the plane, which lost contact with air traffic control shortly after takeoff in Pokhara, Nepal's second-largest city, which lies about 125 miles west-northwest of Kathmandu. Its destination was Jomsom, in a conservation area to the north.

NPR's Julie McCarthy reports that investigators are looking into a possible connection between the crash and an avalanche that had been blanketing the area with a huge dust cloud since Tuesday.

Nepal has a history of poor aviation safety, but Nepali media report that stricter safety regulations by the country's Civil Aviation Authority had begun producing results. Before Wednesday, there hadn't been a fatal crash of a scheduled flight since February 2014.