Accessibility links
Nike Co-Founder Donates $400 Million To Stanford University : The Two-Way The gift is one of the largest ever from an individual donor to a university. It will support a new major scholarship program aimed at tackling the world's biggest problems. 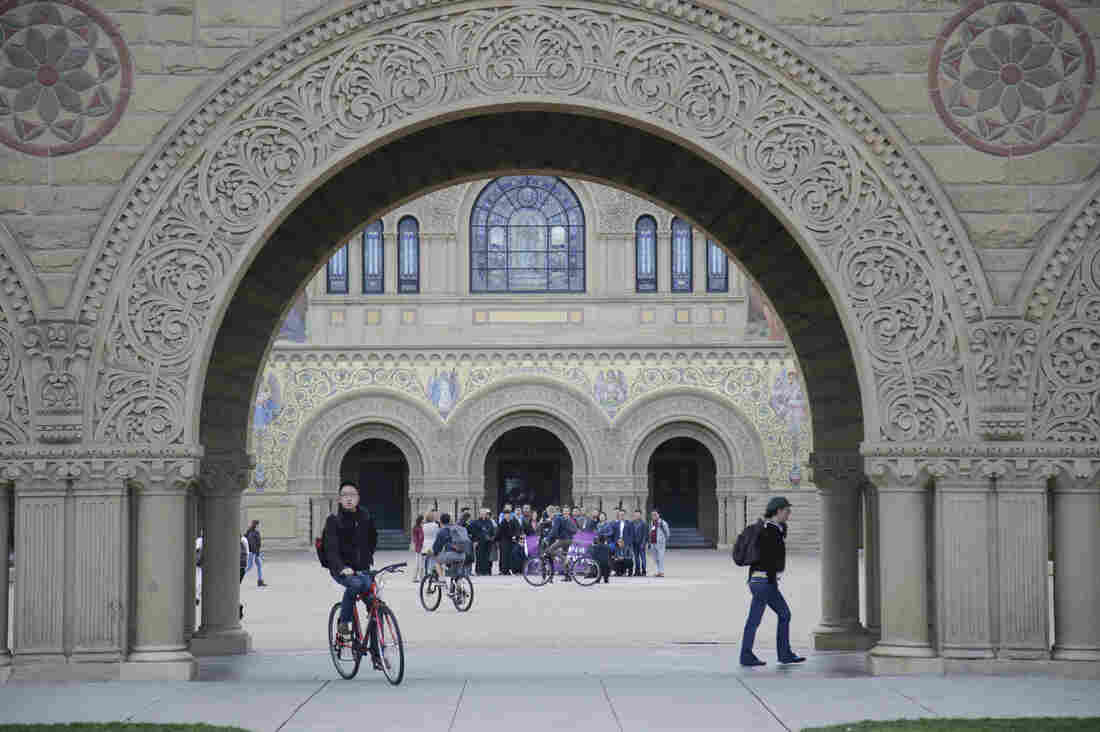 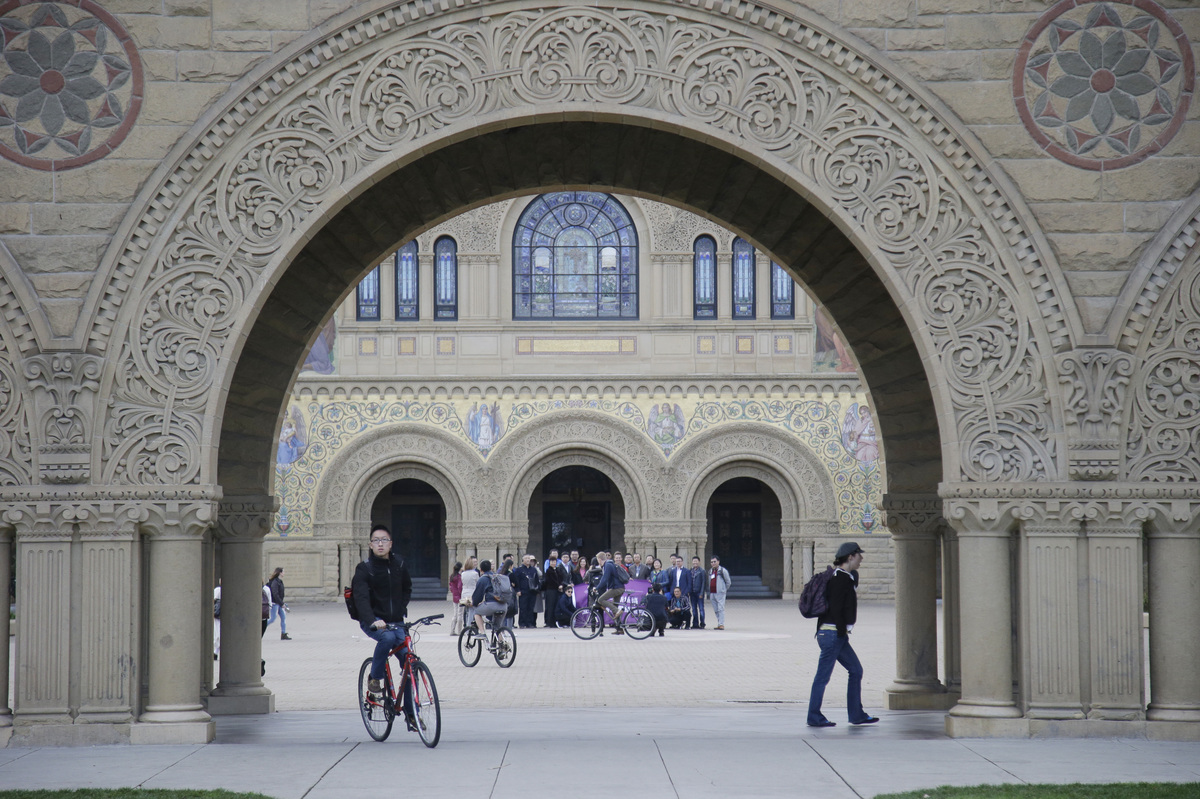 Students walk on campus at Stanford University in California.

The gift, announced Wednesday, is one of the largest ever from an individual donor to a university. It also "represents the largest single increase in student financial aid in Stanford's history," according to a statement from the university.

The Knight-Hennessy Scholars program "will be analogous to the Rhodes and Shwarzman scholarships," the Stanford Daily reports. It is supported by a $750 million endowment, Stanford says, the majority of which is from Knight's gift.

Stanford says the program, which provides funding for at least three years of graduate-level study, will admit 100 scholars annually.

"The Knight-Hennessy Scholars Program brings the very best students from around the world to study at Stanford in any discipline they're interested in, and helps prepare them to be world leaders," Stanford President John Hennessy says. "It will be the largest graduate scholarship program focused on all disciplines at any university in the world."

Hennessy is stepping down this year after 16 years as president. He will be the Knight-Hennessey program's first director.

The program aims to attract scholars from around the world who have shown "leadership and civic commitment," the statement says.

"This is using education to benefit mankind and I think it really could be transformative," Knight told The New York Times. "I jumped on it right away."

Knight also recently donated $500 million to the Oregon Health & Science University for cancer research. In 2013, he challenged the university to raise $500 million in two years, which he said he would match. The university said last June it reached that goal.